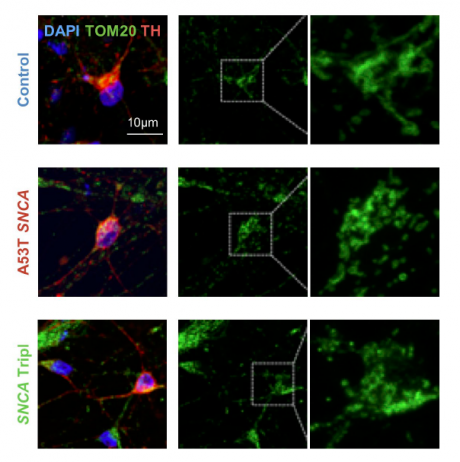 In a new study from OPDC researchers we generated dopaminergic neurons, the cells that are affected in Parkinson’s, from stem cells reprogrammed using skin samples donated by people with Parkinson’s who have changes in the alpha-synuclein gene (alpha-synuclein mutation and triplication).

We observed that cells produced from these people with Parkinson’s accumulated detrimental alpha-synuclein species in the cells. The cells also showed problems in how their mitochondria produced energy.

These findings were accompanied by evidence of cell stress as well as impairments in cholesterol and other lipids.

Together, the changes we have found suggest new avenues to investigate potential therapies for people with Parkinson’s who have changes in alpha-synuclein.

Without the constant contributions towards OPDC of people with Parkinson's, careers and every single supporter none of this work would have been possible.