Our laboratory fosters communicating science to the public while encouraging and empowering young scientists to take part in public engagement themselves. Professor Molnár uses a variety of different engagement media including open digital resources, public exhibitions and lectures to reach the widest possible audience.

Zoltán has a particular interest in the history of neuroscience and is enthusiastic about putting historical material in context so that people can understand its relevance today.

Through this website, he has also pioneered making historical scientific artefacts and instruments available to the public through a number of digital projects.  These include a project funded by the Wellcome Trust and FENS to make the contents of Charles Sherrington’s slide box and Le Gros Clark’s neuroanatomy teaching slides available to the public. 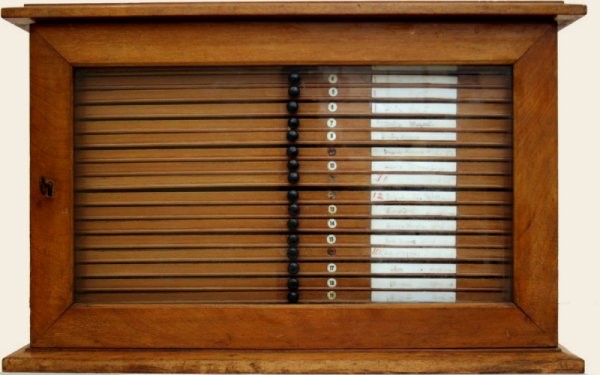 This website also includes digitised objects, instruments and documents. Of particular note are a series of 360 scanned objects and instruments that can be rotated and examined by the public online. The site also provides open access to collections of scans of letters between famous neuroscientists including Sherrington, Eccles, Cushing, Florey, Ruffini and Pavlov.

Over many years, Zoltán Molnár has worked closely with the various museums in Oxford to put on engaging public events.  He is currently serving his second term on the board of the Museum of the History of Science (recently changed its name to History of Science Museum) at the University of Oxford.

In 2013, he was instrumental in setting up the exhibition ‘Revealing the Brain’.  This ran in the museum from April to June; and provided a flavour of Oxford Neuroscience. The exhibition included the work of Thomas Willis in the 17th century and Nobel Prize winner Sir Charles Sherrington in the 20th century, right through to the latest discoveries made by leading research groups today.

This exhibition also resulted in the creation of a digital resource that is available online to this day.

Each year Zoltán and his team have been enthusiastic supporters of Brain Awareness Week putting on engaging interactive activities.

In 2014, he worked with Oxford Sparks to produce a video ‘You’ve got a nerve’, which illuminates in a wonderful way how Sherrington’s work on the antagonistic control of muscles is important for the functioning of the body and its implications in neurological disorders.

In 2015 Zoltán was selected to deliver the Brain Awareness Week public talk at the Museum of the History of Science ‘Neuroscience in Oxford: Four Centuries of Discovery’. This was a huge success completely filling the venue. It has was also subsequently made accessible to a wider audience online. In 2017, Zoltán played a key role in developing and organising ‘The Brain Diaries’ our most comprehensive public engagement programme to date. The main exhibition opened at the museum of Natural History on 10 March 2017 and was open until 1 January 2018.  The theme of the exhibition was the life of the brain from development through learning and adolescence to adult hood and finally senescence.

The exhibition in the museum was accompanied by a broader year long programme of public events across the city. These included events exploring the relationship between neuroscience, music, art and cinema. Zoltán was a key member of the management team.

On Saturday 4 November 2017, Zoltán held an “Evolution of the Brain Masterclass” open to the general public at the Natural History Museum. Using the Museum’s collections Zoltán and his laboratory members and his medical students from St John’s College led the enthusiastic audience through the amazing development and adaptations of the vertebrate brain.

In 2018, as part of the Oxford Science and Ideas Festival, Zoltán worked with the artist Maria Lopez on a holographic exhibit ‘The consciousness field’. This travelling exhibit, exploring the nature of consciousness, was a collaboration between Colin Blakemore, Irina Bystron. Maria and Zoltán. See the Molnar Group Facebook page for more photographs.

Zoltán organised an exhibition on “Art of Anatomy” at The Barn Gallery, St John’s College Oxford in July 2018.  The exhibition explored the continuing relationship between artistic and scientific study, and between artistic practice and our understanding of anatomy. It included work by current and recent Ruskin students, alongside artistic collaborations between anatomists, scientists and artists.

The exhibition revealed, to both a large audience of international scientists and the wider public, how the scientific study of anatomy can be integrated into a fine arts education, and how scientists now work with artists to create an intelligible visual language.  The exhibition coincided with the Anatomical Society’s Summer Meeting on 23–25 July 2018, also held at St John’s College.

Zoltán is passionate about getting young people interested in neuroscience.  He has been an active supporter of our programmes to increase access to University education including our work with the charity in2scienceUK.

His work has frequently been featured in the media and he has appeared on the BBC programme ‘How the NHS Changed our World'.

He also helped Michael Mosley with his programme on Thomas Willis in Story of Science for BBC2.

Zoltán is currently working with Paul Bolam, Charlotte Stagg, Nicholas Irving and Natalie Doig to bring a Cajal Exhibition to Oxford for 2021 Brain Awareness Week and organising an event for the 400th anniversary of Thomas Willis’ birthday on 27 January 2021.

Zoltán’s laboratory has a very active Facebook page that documented some of the outreach and public understanding of science activities.

Zoltán has managed to combine outstanding research and teaching career with a very active role in public understanding of science.