A new discovery from the Lakhal-Littleton Group on how iron deficiency affects the vasculature of the lung could hold the key to improving treatment of pulmonary arterial hypertension.

This new paper from the Lakhal-Littleton Group describes the way in which iron deficiency affects our vasculature, in particular the vasculature of the lung.

Iron deficiency is the most common nutritional disorder in the word.  Its prevalence is particularly high in patients with cardiovascular diseases, in whom it is associated with poor outcome.

It has been known for some time that iron deficiency predisposes to pulmonary arterial hypertension (PAH). In this condition, the vasculature in the lungs is constricted and remodelled, and this puts pressure on the right side of the heart. For some time it was thought that PAH is caused by anaemia, a condition in which iron deficiency is the underlying mechanism. Consequently, the only consideration given to iron deficiency in the clinical setting has been in the context of correcting anaemia.

However, previous work from this laboratory has shown that iron deficiency within tissues, such as the heart, is sufficient to cause disease even in the absence of anaemia. Through eLife publication, “An essential cell-autonomous role for hepcidin in cardiac iron homeostasis”, Prof Lakhal-Littleton and her team revealed the first study describing the mechanism linking iron deficiency with heart disease.

Prof Lakhal-Littleton and her team were able to reverse and prevent PAH in mice by both iron supplementation and inhibition of endothelin-1 signalling. Consequently, this study provides a mechanistic underpinning for the observation that iron deficiency raises hypoxic pulmonary arterial pressure in healthy individuals and worsens existing PAH in patients.

Ultimately, this paper demonstrates that it is not anaemia, but rather the lack of iron in the cells of the vasculature that is causing the remodelling of the vessels in the lung present in individuals suffering from PAH. Therefore, it strengthens the rationale for correction of tissue iron deficiency independently of the presence or absence of anaemia.

It holds potential to alter the way in which patients with pulmonary arterial hypertension are treated. Now that this study is published, it provides the rationale for giving iron to patients even when they aren't anaemic, because the target is no longer anaemia, but iron deficiency within tissues. - Associate Professor Samira Lakhal-Littleton

The full interview with Associate Professor Samira Lakhal-Littleton is available with subtitles here, where she also discusses the implications of this study on future research avenues.

More information is also available on the University of Oxford website. 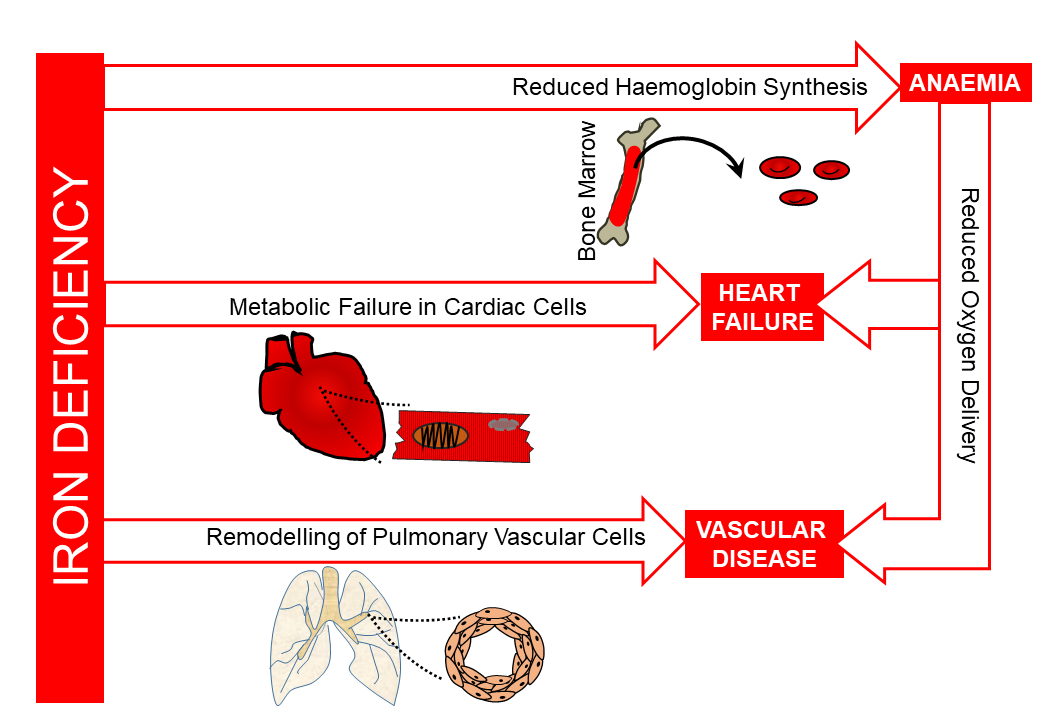