The annual lecture is held in honour of the pioneering physiologist and clinical pathologist, Mabel Purefoy FitzGerald.

In connection with the Athena SWAN charter, on Monday 24 February, the Department hosted the 2020 Mabel FitzGerald Prize Lecture.

This year's Lecture, entitled Differential Resilience to Perturbation of Circuits with Similar Performance, was given by Eve Marder, the Victor and Gwendolyn Beinfield Professor of Neuroscience and University Professor at Brandeis University, USA, hosted by Head of Department Professor David Paterson and Director of the Centre for Integrative Neuroscience Professor Andrew King.

Eve Marder is renowned for her studies on the dynamics of small neuronal networks, and her work was instrumental in demonstrating that neuronal circuits are not “hard-wired” but can be reconfigured by neuromodulatory neurons and substances to produce a variety of outputs.

For the past 25 years, Marder’s lab has combined experimental work with insights from modeling and theoretical studies. Together with Columbia University's Larry Abbott, her lab developed the programmable dynamic clamp, now used widely in laboratories around the world. Her lab pioneered studies of homeostatic regulation of intrinsic membrane properties, and stimulated work on the mechanisms by which brains remain stable while allowing for change during development and learning.

Professor Marder now studies the extent to which similar network performance can arise from different sets of underlying network parameters. This opens up rigorous studies of the variations in the individual brains of normal healthy animals, and is part of understanding differential resilience to environmental perturbations. 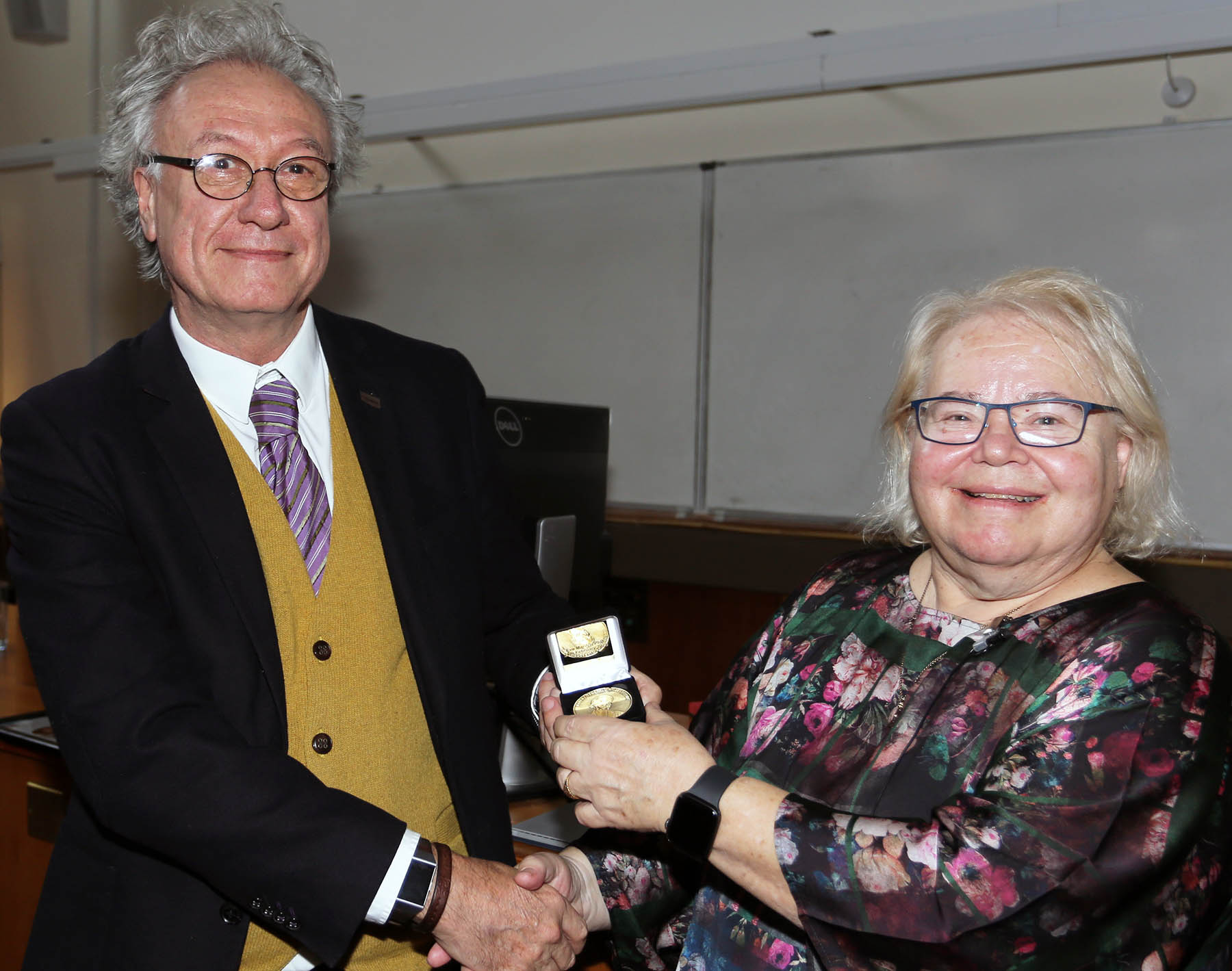 Mabel FitzGerald has been all but forgotten in the study of human acclimatisation to high altitude. Her great scientific accomplishment was to demonstrate, over the long term, that it is oxygen, and not carbon dioxide, that determines how hard we breathe and sets the haemoglobin concentration in our blood. This she did by travelling around Colorado, USA in 1911 making detailed physiological measurements of the populations living at different altitudes throughout the state. She was part of the University of Oxford Laboratory of Physiology’s landmark Pike’s Peak Expedition to examine the effects of low atmospheric pressure on respiration.

FitzGerald came to live in Oxford with her four sisters in 1896, moving in next door to John Scott Haldane, then a Demonstrator in the Laboratory of Physiology. FitzGerald was fascinated by physiology and her local doctor recommended a career in the medical sciences. The University permitted her to attend Physiology classes informally under Gustav Mann from 1896-1899. She gained top marks in the examinations, but these could not count towards a degree because women could not be officially enrolled.

After her studies, FitzGerald became the Laboratory Technician to John Scott Haldane in the Laboratory of Physiology and by 1905 was named on one of his papers. She came to the attention of Sir William Osler, Regius Professor of Medicine at the time, who recommended her for a Rockerfeller research grant. This grant took her to the USA where she conducted her pioneering research as part of the expedition to Pike’s Peak led by Haldane and C. G Douglas. Their discoveries revolutionised current ideas about respiration and her pioneering work led to her becoming only the second female member of the American Physiological Society in 1913.

With the help of the then Regius Professor of Medicine, Sir Richard Doll, the University of Oxford finally bestowed an honorary Master of Arts degree on her in 1972 – the first centenarian to receive one. Sir Richard wrote that her example first convinced Oxford “that women can do as well as men”. On bestowing the degree, the then Vice Chancellor, Alan Bullock, acknowledged that it had come three-quarters of a century too late. In 1973, she was made an honorary member of the British Physiological Society.

Special thanks to Colin Beesley for the photographs.