The new series is held in honour of British Physiologist John Scott Haldane, known as the father of oxygen therapy.

Haldane was Reader in Physiology at Oxford from 1907 to 1913. In 1911, along with C. G Douglas, with whom he worked in the Oxford Laboratory of Physiology, led an expedition to Pike’s Peak, Colorado, to examine the effects of low atmospheric pressure on respiration. They stayed at the summit house of Pike’s Peak (14,110 feet above sea level), in which they built a laboratory and investigated the process of acclimatisation of breathing to high altitude oxygen levels. Pioneering Scientist Mabel Fitzgerald was also a member of this expedition. Their discoveries revolutionised current ideas about respiration.

The Haldane Lecture was delivered by Sir Peter Ratcliffe FRS, Director for the Nuffield Department of Medicine's Target Discovery Institute, on A hundred years on: 21st Century Insights into Human Oxygen Homeostasis. In his talk, Prof Ratcliffe discussed that landmark expedition, where Haldane, Fitzgerald and colleagues revealed the extraordinary sensitivity of blood haemoglobin levels to reduced atmospheric oxygen levels, a finding that introduced the physiological concept of an oxygen sensor. He went onto outline advances in the molecular understanding of oxygen sensing mechanisms, including the remarkable finding that all eukaryotic kingdoms use enzymatic protein oxidations coupled to proteostasis to signal oxygen levels in their cells. He also discussed the physiological implications of these advances, together with the opportunities and challenges raised in the therapeutic modulation of human oxygen sensing systems.

Last month, Prof Ratcliffe was awarded the Nobel Prize in Physiology or Medicine, alongside William G Kaelin and Gregg L Semenza, for discovering how cells respond to varying oxygen levels in the body, one of the most essential adaptive processes for life. Prior to the Haldane lecture, Prof Ratcliffe gave a revealing interview outlining the key moments leading to his Nobel winning discovery and the significant impact it will have in the field of oxygen sensing alongside a wide range of scientific disciplines.

Several members of the department have collaborated with Prof Ratcliffe during his innovative research career. Associate Professor Samira Lakhal-Littleton undertook her first postdoctoral position in his lab between 2007 and 2010, working on the intersection between oxygen homeostasis and iron control. Prof Ratcliffe was her direct supervisor and she co-authored several papers with him. Professor Peter Robbins has enjoyed a substantial collaboration with Prof Ratcliffe over the last two decades, and they have published multiple papers together on the effects of rare genetic disease of the HIF pathway on human cardiopulmonary and metabolic physiology, on the interactions of iron status with the HIF pathway in humans, on the genetics of hypoxia sensing, and on the mechanisms of ventilatory acclimatisation to hypoxia. Associate Professor Keith Buckler has also worked as part of a collaboration with both Prof Ratcliffe and Prof Robbins for some years. Their work on the role of HIF in ventilatory acclimatisation to hypoxia and the effects of chronic hypoxia on the carotid body has yielded three major papers to date. They are currently planning an investigation into the molecular mechanisms of acute oxygen sensing. Associate Professor Keith Dorrington too has co-authored several papers with Prof Ratcliffe and Prof Robbins in these research areas. He has also published a paper with Prof Ratcliffe's wife, Fiona Ratcliffe, on the effect of a single inflation of the lungs on oxygenation during total extracorporeal carbon dioxide removal in experimental respiratory distress syndrome. Their work in the early 1990s on the topic of 'oxygenation' of the body via the lungs coincided with Prof Ratcliffe's study of how the cells of the body sense oxygen at the molecular level. 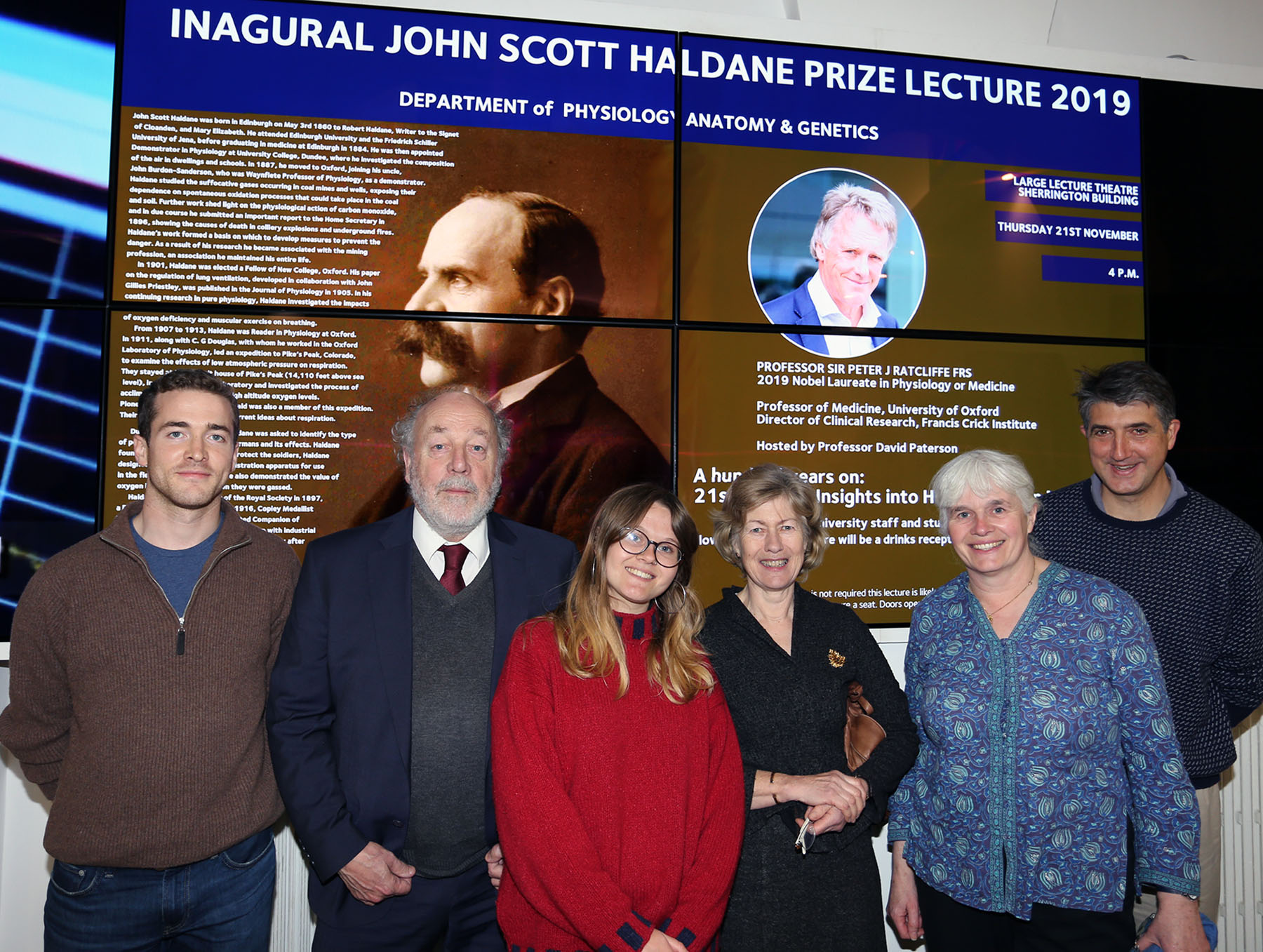 On conclusion of his lecture, Prof Ratcliffe took time to meet with students from the department and wider university. 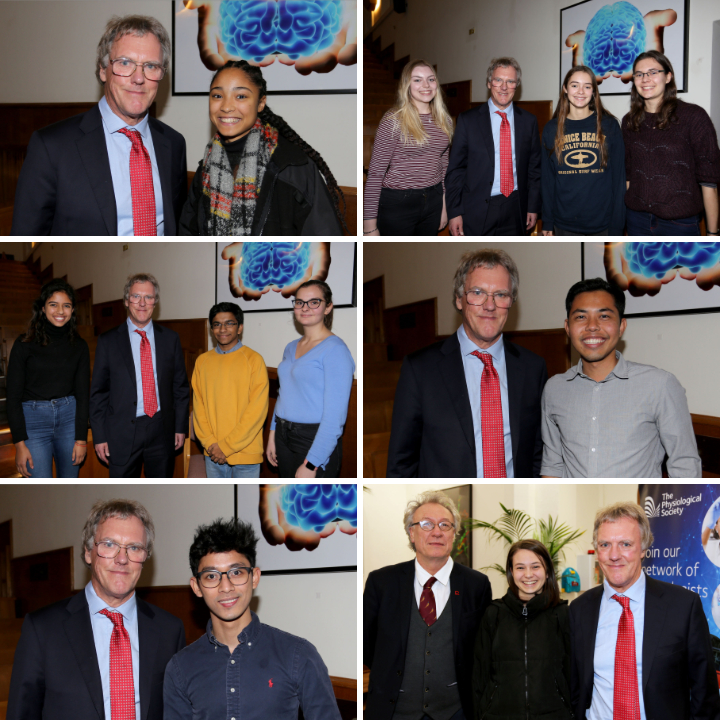 The lecture was then followed by a drinks reception in the Sherrington reception foyer. 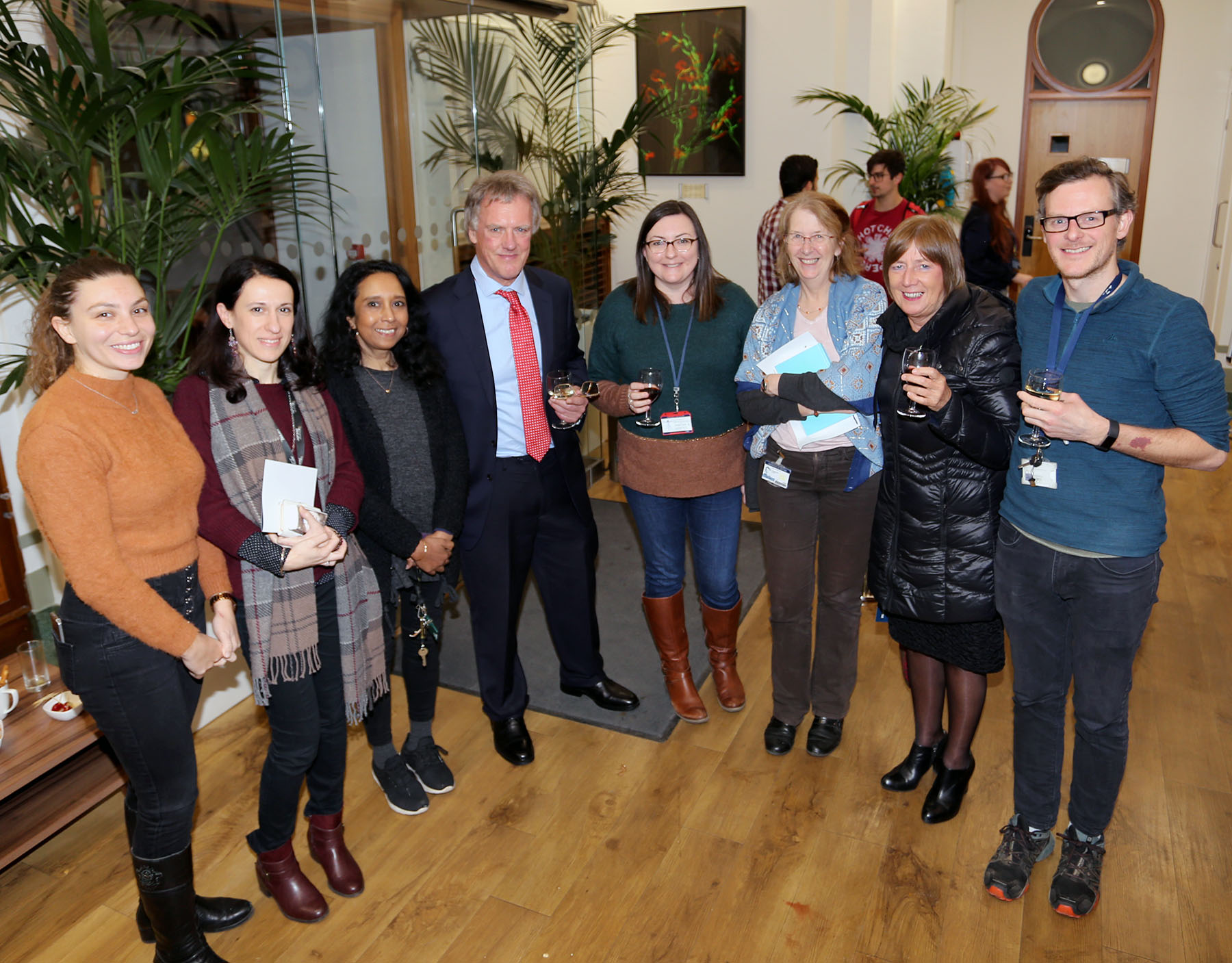 The full lecture will soon be available to view on our Lecture Podcast Series hosted by University of Oxford Podcasts.