Dr Deborah Goberdhan and her team have identified a protein used by tumours to help them detect food supplies. Initial studies show that targeting the protein could restrict cancerous cells’ ability to grow.

Image: 'Tumours - Cancer cells seek nutrients from the body in order to grow’

A team from Oxford University’s Department of Physiology, Anatomy and Genetics led by Dr Deborah Goberdhan worked with cancer doctor and researcher, Professor Adrian Harris, to understand the effects of this protein called PAT4.

Dr Goberdhan said: ‘We found that aggressive cancer cells manufacture more PAT4, which enables them to make better use of available nutrients than the cells around them – including healthy tissue.’

Cancer cells often have restricted access to the body’s nutrient-rich blood supply. The ability to sense and acquire nutrients is critical for a cancer to grow.

Dr Goberdhan’s and Prof Harris’s groups collaborated to develop an antibody that could be used to highlight PAT4 in human tissue samples. This was then used to study anonymous tumour samples taken from patients with colorectal cancer, a common form of the disease.

The results were compared to the known outcomes for the patients. Those who had higher levels of PAT4 in their tumours did less well than those with lower levels – being more likely to relapse and die.

The researchers then looked at what happened when PAT4 levels were reduced. They showed that by reducing PAT4 levels, cancerous tumours grew more slowly.

Dr Goberdhan said: ‘These findings support each other. Not only do higher levels of PAT4 mean a worse outcome, but lowering levels improves the situation. This means that we have identified a mechanism which cancer cells prefer to use and which we might be able to target as part of a combination treatment.’

The research, funded by Cancer Research UK, the Wellcome Trust and the Biotechnology and Biological Sciences Research Council is published in the science journal Oncogene on 5 October 2015. It continues and may eventually provide a way of increasing survival from cancer. 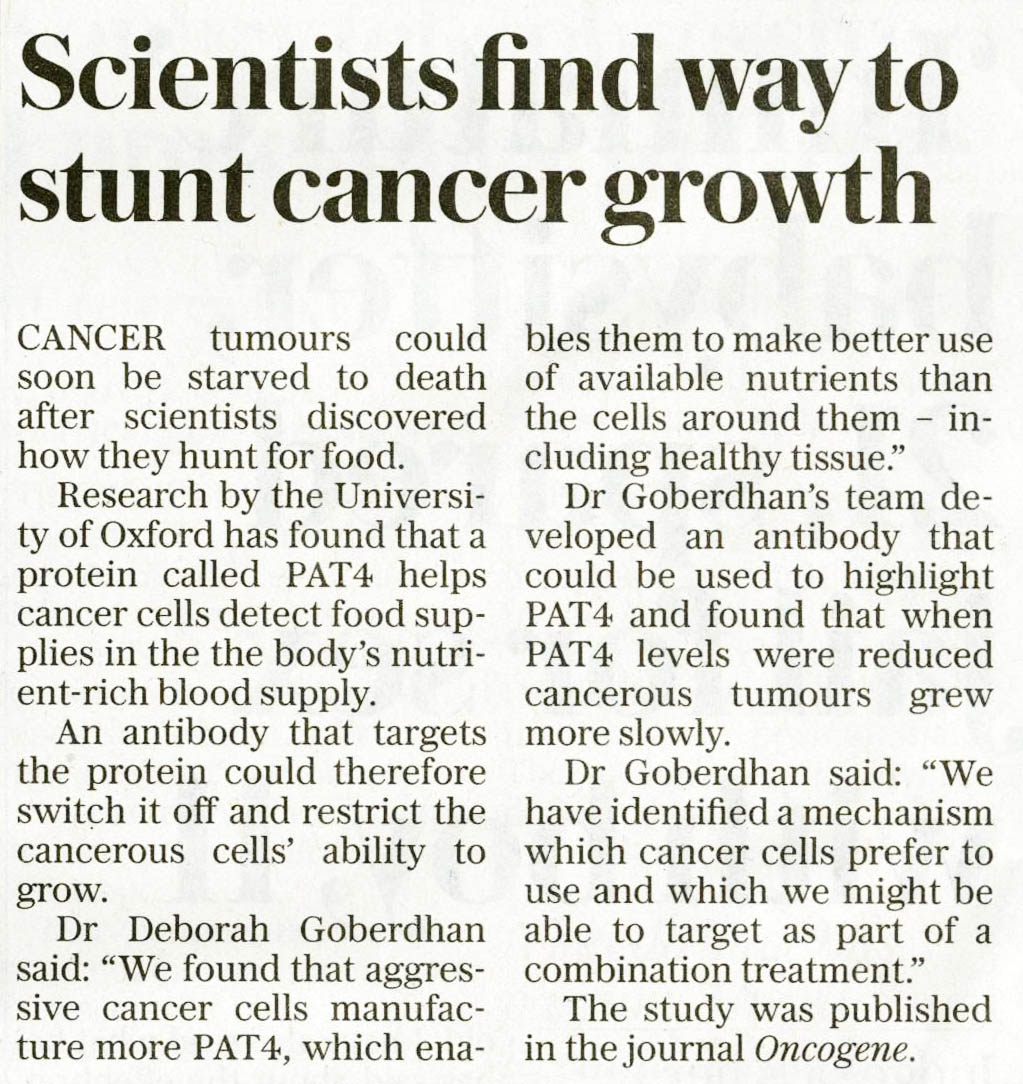