Dr Jessica Meir inspires the next generation of scientists and explorers

NASA Astronaut and Physiologist Dr Jessica Meir delivers the Sherrington Prize Lecture: Public Understanding of Science to an audience of DPAG staff, students and their families.

Physiologist and NASA Astronaut Dr Jessica U. Meir, Ph.D. made history in 2019 by being part of the historic first all-female spacewalk. With NASA’s Artemis programme set to land the first woman on the moon in 2024, she may soon make history once again.

On Tuesday 16 November, the Department hosted Dr Meir to deliver the 2021 Sherrington Prize Lecture: Public Understanding of Science in honour of our former Waynflete Professor of Physiology and recipient of the Nobel Prize in Physiology or Medicine, Sir Charles Sherrington. Her talk "Experimenting in microgravity: Full circle for a scientist turned astronaut" outlined her time in space and the studies, in which she was the subject, that examined how a microgravity environment experienced during spaceflight affect the human body. Understanding this will allow us to monitor astronauts’ health and will be even more relevant to missions requiring a longer stay in space — for example, missions to the moon and to Mars.

The audience comprised of DPAG researchers, professional services staff, DPhil research students and their immediate family members. After the lecture, Dr Meir was presented with the Sherrington Prize Lecture medal before taking time to meet several members of the department. 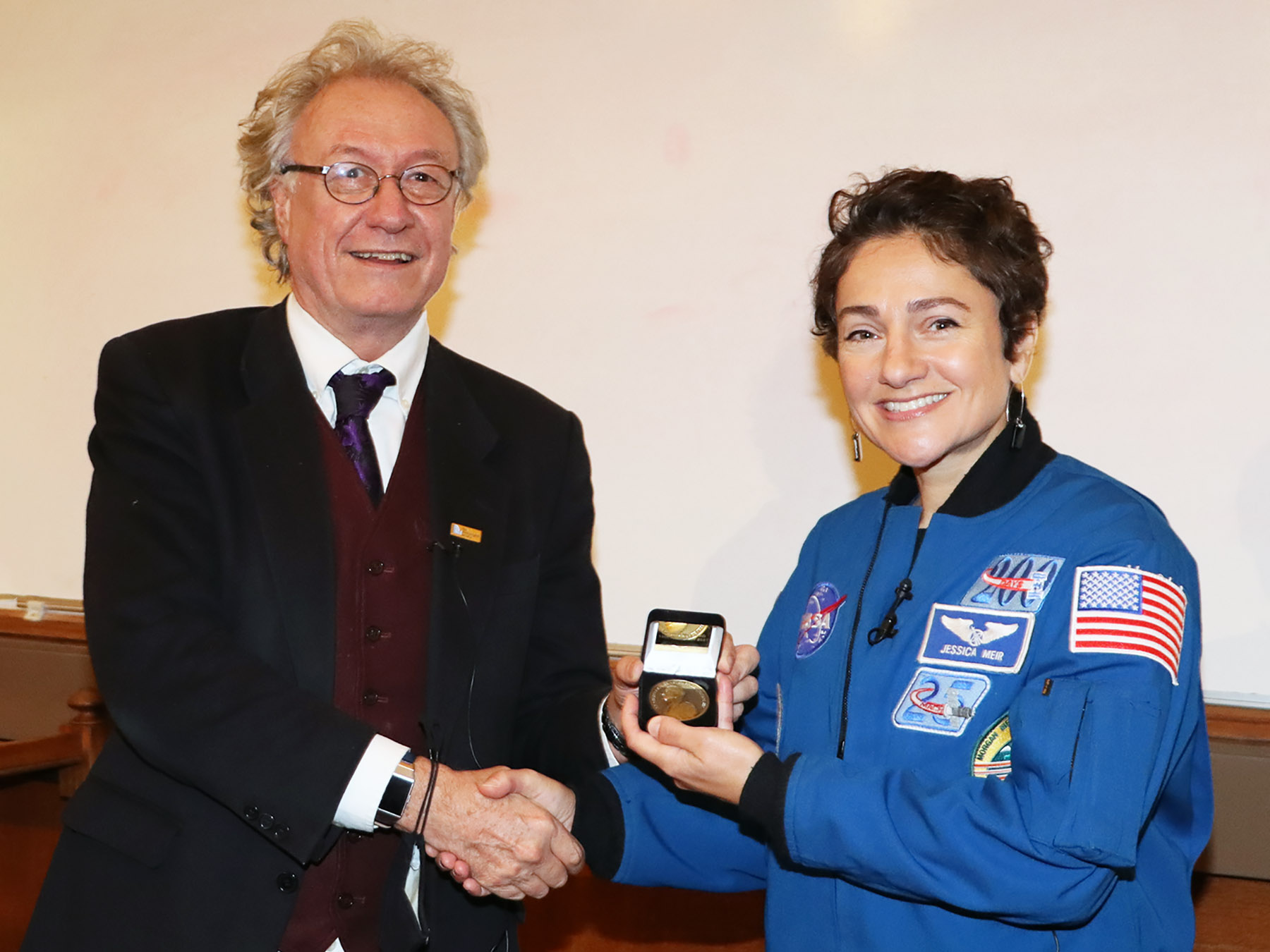 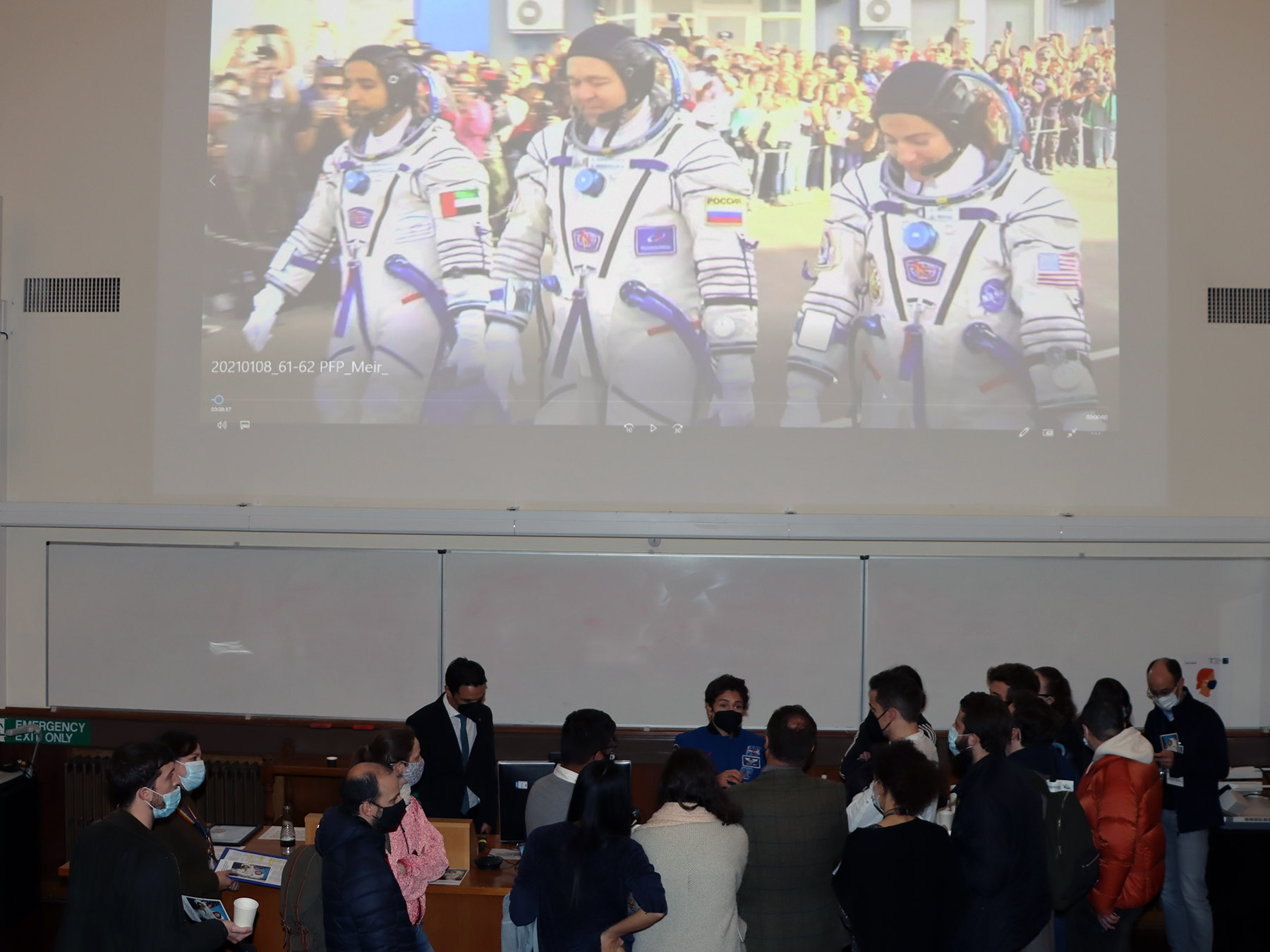 On Wednesday 17th November, Dr Meir was interviewed by BBC Radio Oxford about her career, including her time on the space station, and her visit to Oxford. You can listen back on BBC Sounds until 17th December 2021 (interview commences 17 minutes 25 seconds in). 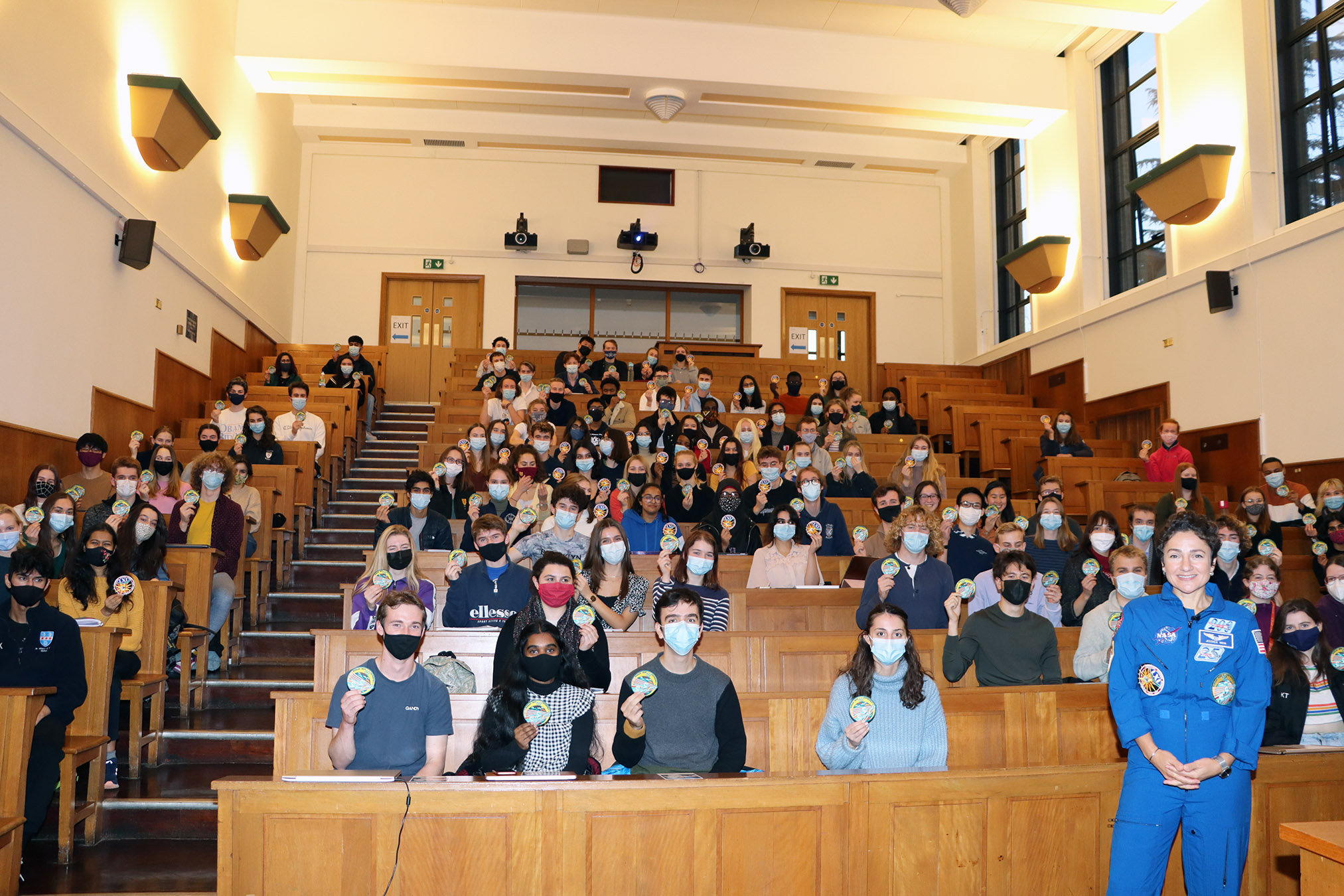 During her visit, Dr Meir kindly signed some pictures with thank you messages for her time in Oxford. She said: "Thank you for the renewed inspiration providing such a legacy in physiology and science and for stimulating the next generation of scientists and explorers!" 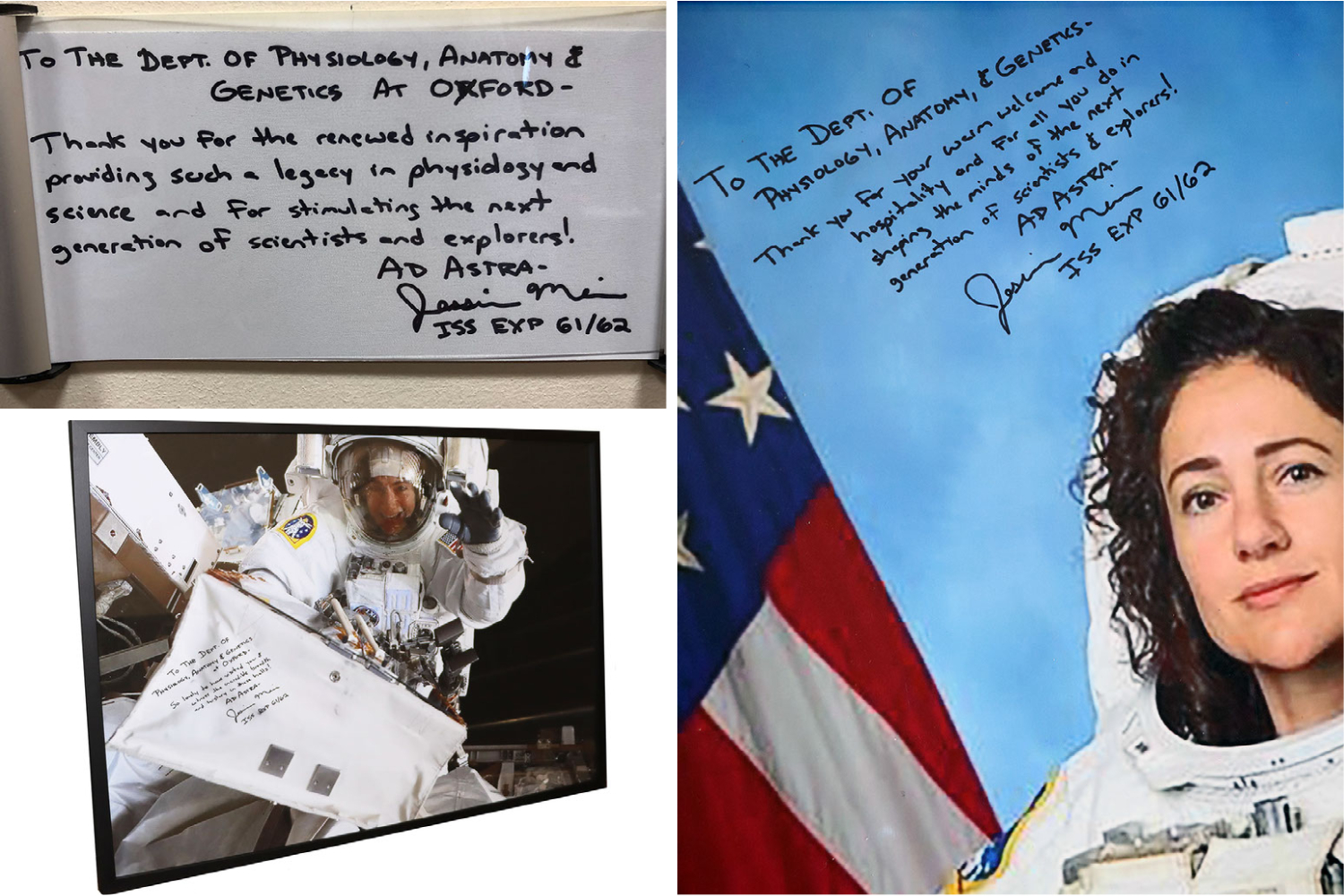 On Friday 19 November, Dr Meir is due to give The Physiological Society’s 2021 President’s Lecture at the Royal Society in London.

Dr Meir has been recognised with numerous awards and honours throughout her career, including from the American Physiological Society, the U.S. National Science Foundation and the U.S. Department of Defense. She was named in Time magazine's 100 Most Influential People of 2020 and recognised in the Guinness World Records: first all-female spacewalk (Oct 18, 2020).

In June 2013, Dr Meir was selected as one of eight members of the 21st NASA astronaut class. She went onto gain extensive Mission Control Capsule Communicator (CapCom) experience, including serving as Lead CapCom for Expedition 47, the BEAM (Bigelow expandable module on the International Space Station) mission, and an HTV (Japanese Space Agency cargo vehicle) mission. She was also the ground IV (mission control communicator to spacewalking astronauts) for two space station spacewalks. In 2016, Meir served as a crew member on the European Space Agency (ESA) CAVES space analog caving mission in Sardinia, Italy. She currently serves as the Assistant to the Chief Astronaut for Commercial Crew (SpaceX).

During her first spaceflight, Dr Meir conducted the first all-woman spacewalks with crewmate Christina Koch of NASA, totalling 21 hours and 44 minutes. The crew contributed to hundreds of experiments in biology, Earth science, human research, physical sciences and technology development. She spent 205 days in space, 3,280 orbits of Earth and a trip of 86.9 million miles.

Prior to delivering the Public Understanding of Science Lecture on Tuesday 16 November 2021, Dr Meir acknowledged her fellow pioneering physiologist and explorer Mabel FitzGerald, by unveiling The Physiological Society blue plaque in her honour. Read more at: "One high altitude explorer acknowledges another".