In connection with the Athena Swan charter, on Tuesday 20th February 2018, the Department hosted the annual Mabel Fitzgerald Lecture.

Mabel Fitzgerald attended physiology classes informally at the University of Oxford from 1896-1899, but whilst she gained top marks in her examinations, she could not attain a degree because women could not be officially enrolled at the time.

She later made the great discovery that it is oxygen, and not carbon dioxide, which determines how hard we breathe and sets the haemoglobin concentration in our blood. However her pioneering work was not acknowledged until 1972 when, with the help of the then Regius Professor of Medicine, Sir Richard Doll, the University of Oxford finally bestowed a Master of Arts degree on her.

This year's Mabel Fitzgerald Lecture was given by Professor Dame Carol Robinson, on Mass Spectometry - from folding proteins to rotating motors.

She is renowned for pioneering the use of mass spectrometry as an analytical tool and for her ground-breaking research into the 3D structure of proteins.

Professor Robinson was clearly thrilled to give the lecture in honour of Mabel Fitzgerald and to speak at DPAG, remarking that her introduction, given by Associate Professor Maike Glitsch, was "the best introduction I have ever had!"

The lecture was followed by a drinks reception in the foyer.

To view more pictures from Mabel's life and find out more about her, click here. 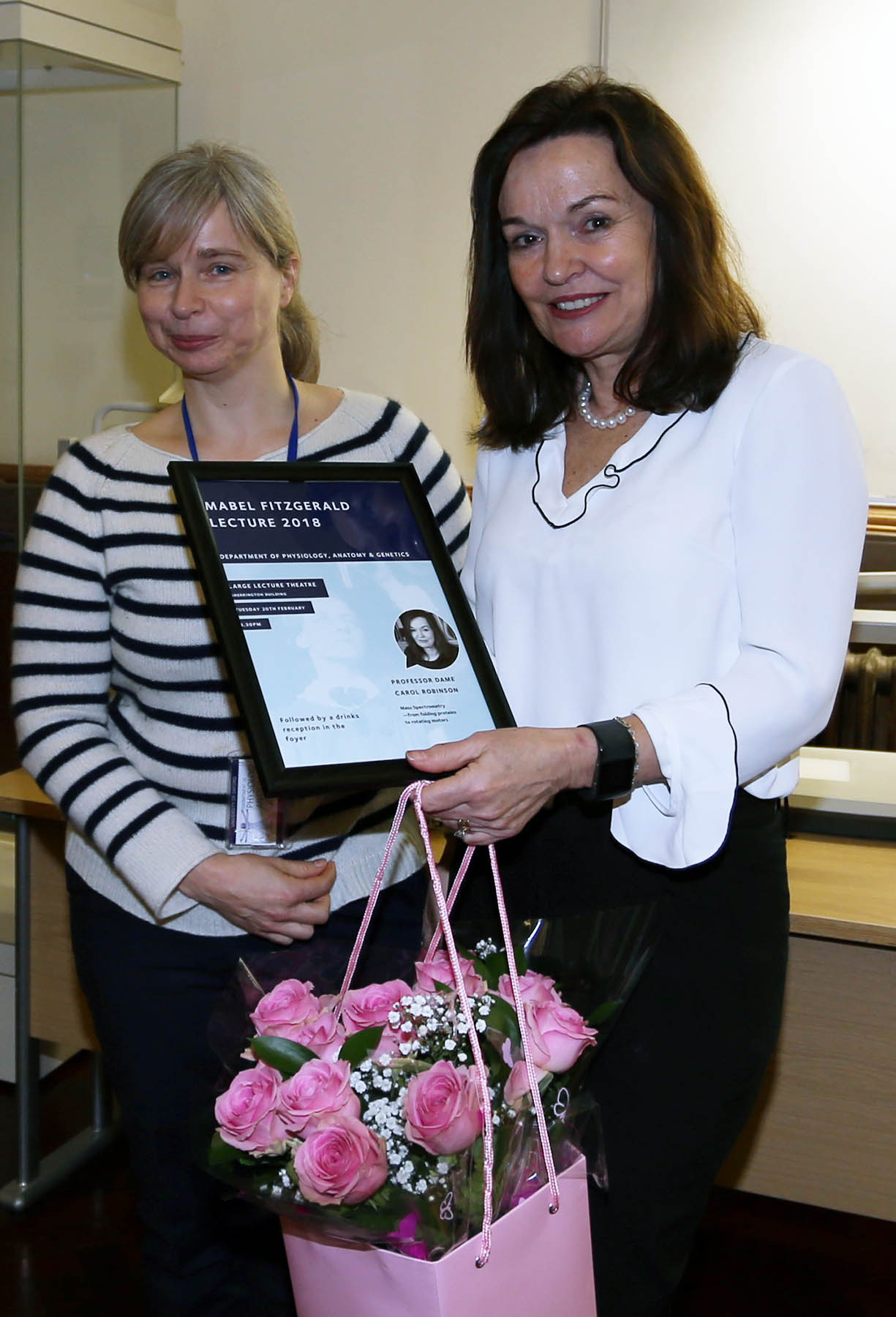