A clue to how a memory-enhancing pill might work

Hundreds of dietary supplements have been reported to improve cognitive and emotional function in humans, but few have scientific foundation. A new study from the Waddell group provides fresh insight into how dietary Magnesium supplementation can influence memory performance.

Prior research has shown that supplementing the diet of young and aging rodents with Magnesium improves their memory and it even appears to partially restore memory deficits in animals harbouring models of Alzheimer’s disease. Magnesium may therefore have therapeutic potential for humans with memory issues.

Yanying Wu, a postdoctoral fellow in the Waddell group, first showed that Magnesium feeding also improved memory of fruit flies (Drosophila). According to Professor Scott Waddell: “We reasoned that if Magnesium enhanced fly memory, this would indicate that it is a general feature of memory systems, and would allow us to analyse the underlying biology." Importantly, the memory-enhancing effects of Magnesium appear to involve a different mechanism to that previously proposed in rodents. The Waddell group found that a conserved Magnesium transporter (known as a Cyclin M2 or CNNM protein) was essential for normal and Magnesium-enhanced memory. Magnesium feeding increased the levels of Magnesium in memory-relevant neurons and the CNNM transporter is critical to regulate these elevated levels. 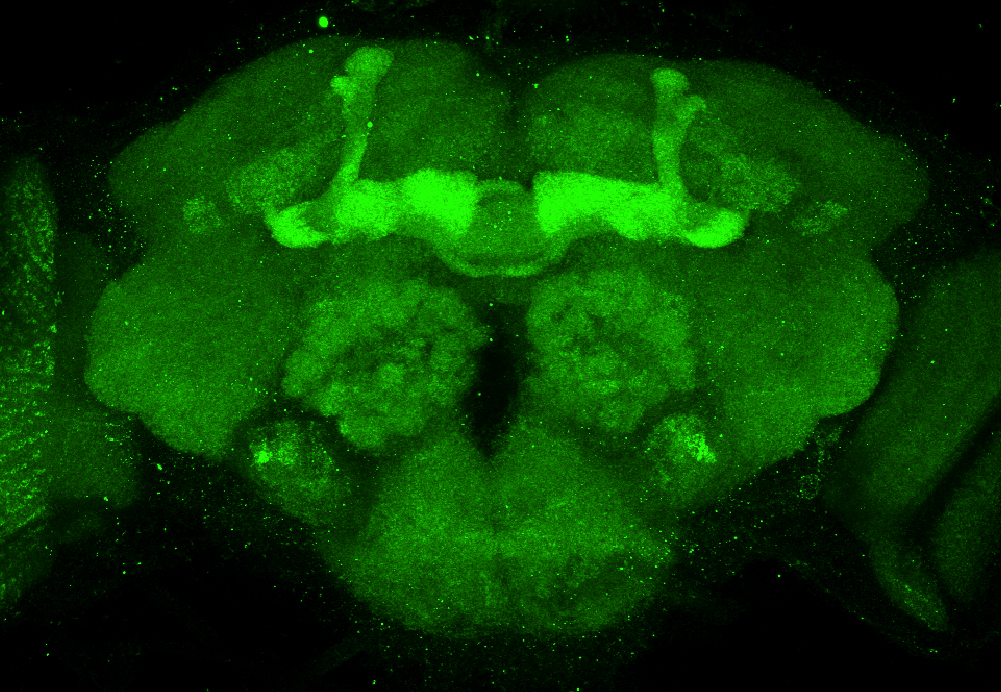 The fly CNNM protein (green, shown to cover the entire area) is abundant in memory-relevant neurons in the fly brain

Humans have four CNNM genes and some are expressed in the brain, where they have been associated with defective neural development, seizures and intellectual disability. However, their roles in the mature brain are currently underappreciated. Professor Scott Waddell said: “Our work suggests that some of the CNNM genes are likely to also provide crucial memory-related function in the fully developed brain. Given prior work with Magnesium supplementation in mammals, CNNM proteins might provide another avenue to manipulate Magnesium levels in a way that benefits memory in human patients.”

The full paper “Magnesium efflux from Drosophila Kenyon Cells is critical for normal and diet-enhanced long-term memory”, first authored by Dr Yanying Wu, is available to read in eLife.