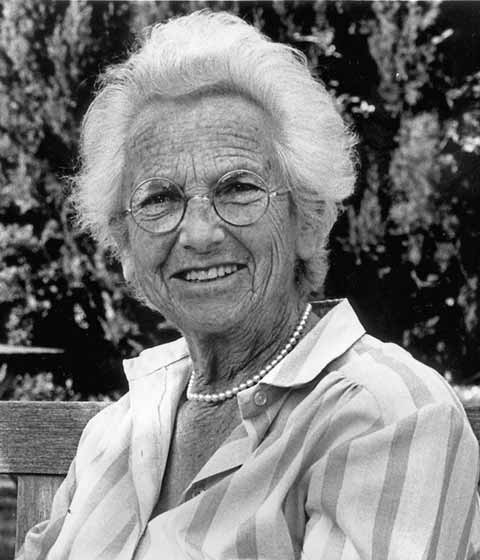 Professor Edith Bülbring FRS arrived in England following an unpaid assistant position to Professor of Pharmacology Paul Trendelenburg in Berlin, having been dismissed from her position by the Nazis in 1933 because two of her grandparents were Jewish. She was initially offered a job with Sir Henry Dale before collaborating with Joshua Burn. In 1938, on the invitation of Professor Burn, newly appointed Chair of Pharmacology, she joined the University of Oxford Department of Pharmacology as a Departmental Demonstrator, before being appointed to a lectureship in 1946.

In 1950, Edith started to work on the physiology of smooth muscle and in doing so founded a completely new field. She characterised their electrophysiological properties, showing that the action potential was due to calcium, not sodium influx, and elucidating the mechanism of action of neurotransmitters like Ach and noradrenaline. Bülbring's interest in smooth muscle was borne from frustration with their unpredictable responses. She has been quoted saying: "Using them [smooth muscles] for assays and always finding them totally incomprehensible; I just could not understand their behaviour: why they would contract one time and relax the next hour to the same dose, at the same temperature, in the same conditions, and so forth. All these things upset me to such a degree that I did not want to work with them in this way anymore unless I understood them." She built up a large research group and trained many scientists who from all over the world in smooth muscle physiology. Professor Bülbring's work on catecholamines and on smooth muscle led to her election to the Royal Society in 1958, the first Oxford woman physiologist to be elected, and only the 14th woman. Her multiple successes were recognised widely, for which she received a number of awards, including The Schmiedeberg-Plakette of the Deutsche Pharmakologische Gesellschaft and The Wellcome Gold Medal in Pharmacology.

After retiring in 1971, the Laboratory of Physiology offered her a home as an emeritus professor and she continued to do active research in a small laboratory. She is fondly remembered by Professor Frances Ashcroft, who from 1982 regularly had coffee with Professor Bülbring: “Edith was in every sense a physiologist despite spending much of her life in Pharmacology. She was always friendly, cheerful and interested, although I confess I sometimes found her a bit intimidating, especially as her usual greeting was ‘now tell me what exciting discoveries you have made’.” In her 70’s, Professor Bülbring's leg had to be amputated below the knee. However, determined to continue working, she got a prosthetic leg, learned to walk again and had modifications made to her car, returning her to the lab. However, when her other leg began to fail, she tried all manner of treatments, and following a risky operation, she died in 1990.