On Tuesday 27 November, abstracts of posters were presented by DPAG Graduate Students at the start of their Second Year of DPhil Research Study.  An academic panel of judges spent a morning viewing each poster to determine the prize winners to receive Blackwell’s tokens.

A cartoonist was on hand again to record the event.

The two runners-up are Eboni Bucknor (Professor Roger Cox’s group) with “Analysing the function and dysfunction of TLDc proteins in neurological diseases” and Sebastian Birtles (Professor Stephen Goodwin’s group) with “Modulation of Sexual behaviour in Drosophila by the Neuropeptide SIFamide”. 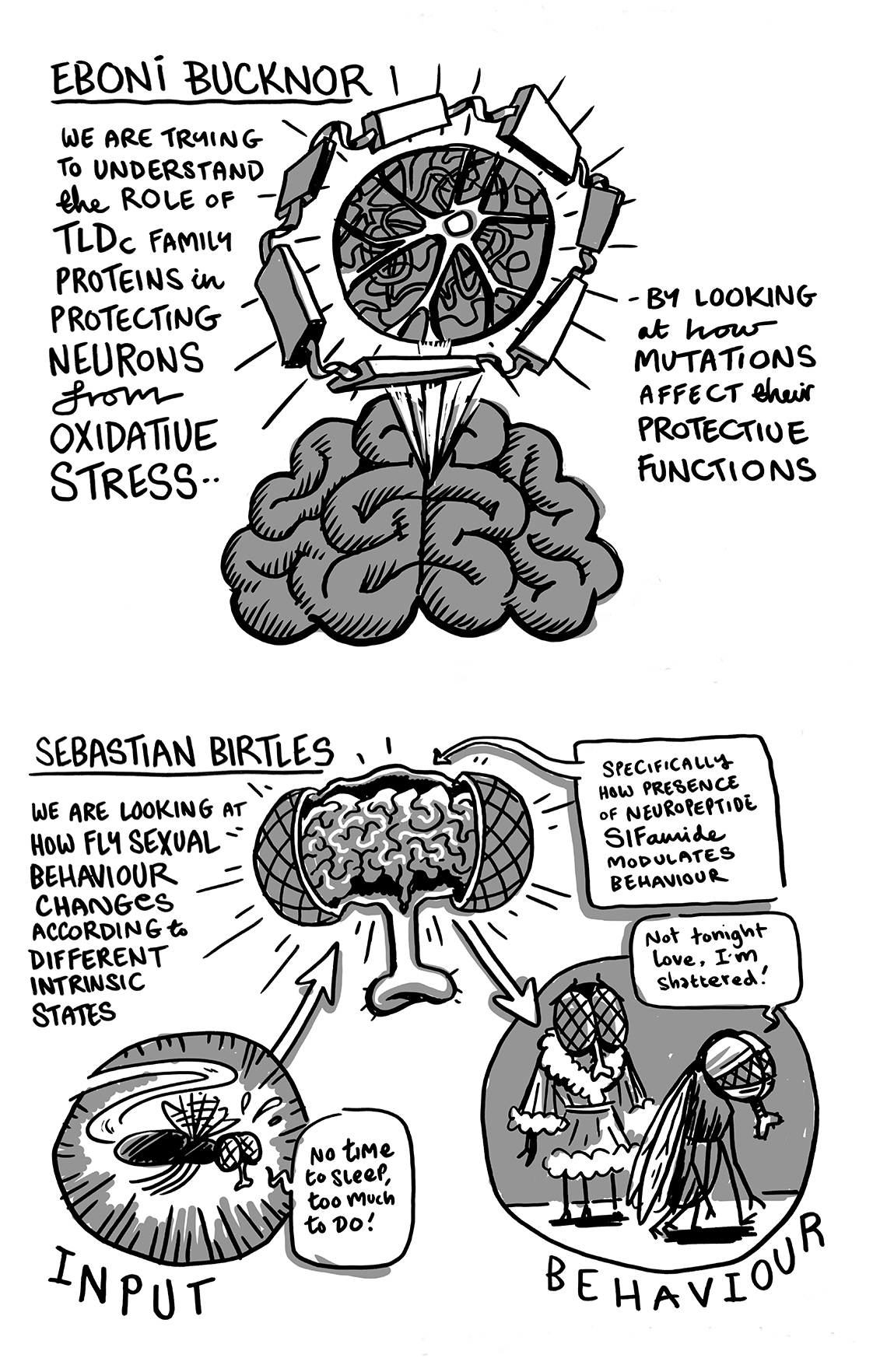