The Physiological Society has mounted two blue plaque on the front entrance of the Sherrington Building in honour of Sir Charles Sherrington FRS (1857-1952) and Florence Buchanan (1867 - 1931). Widely celebrated as the neurophysiologist who shaped our understanding of the central nervous system, Sir Charles Sherrington came to the Laboratory of Physiology as the Waynflete Professor of Physiology in 1913. Charles was recommended for the chair unanimously without any other candidates being considered. He said of Oxford that its real function in the world “is to teach…what is not yet known”. Florence Buchanan was renowned for her discoveries on the transmission of reflex impulses in mammals, birds and reptiles, and the neural control of the heartbeat during exercise.

She worked with John Burdon-Sanderson in the Laboratory of Physiology on the electrical responses of muscle from 1894 - 1904. University College awarded Florence a DSc in Physiology in 1902 in recognition of this work. She set up her own lab at the Oxford University Museum of Natural History from 1904 - 1913.

Buchanan was the first woman to attend a meeting of The Physiological Society in 1896. In 1912, she became the first woman proposed to become a member of The Society, and was formally admitted in 1915. By then she had given at least 10 communications to the Society, published 2 papers in The Journal of Physiology and 3 in what is now Experimental Physiology.

Head of Department Professor David Paterson said: "As President of The Physiological Society we are delighted to recognize the outstanding contribution Sir Charles Sherrington made to neuroscience.  He is widely regarded as the father of neurophysiology, and together with Edgar Adrian in Cambridge, made Nobel Prize winning discoveries that still underpin neuroscience today.  But Sherrington was more than an outstanding experimental neurophysiologist, he was also a powerful advocate for women in science.  It was his patronage in 1912 with J.S. Haldane from the University Laboratory of Physiology, which resulted in Florence Buchanan from Oxford becoming the first woman member of The Physiological Society in 1915.  Consequently, we are also delighted to be able to recognize Buchanan's contribution to neuromuscular research. Commemorating both pioneers together highlights the importance of advocacy and mentoring that was evident over a century ago as equality was championed’.

An official unveiling ceremony will take place later in the summer. 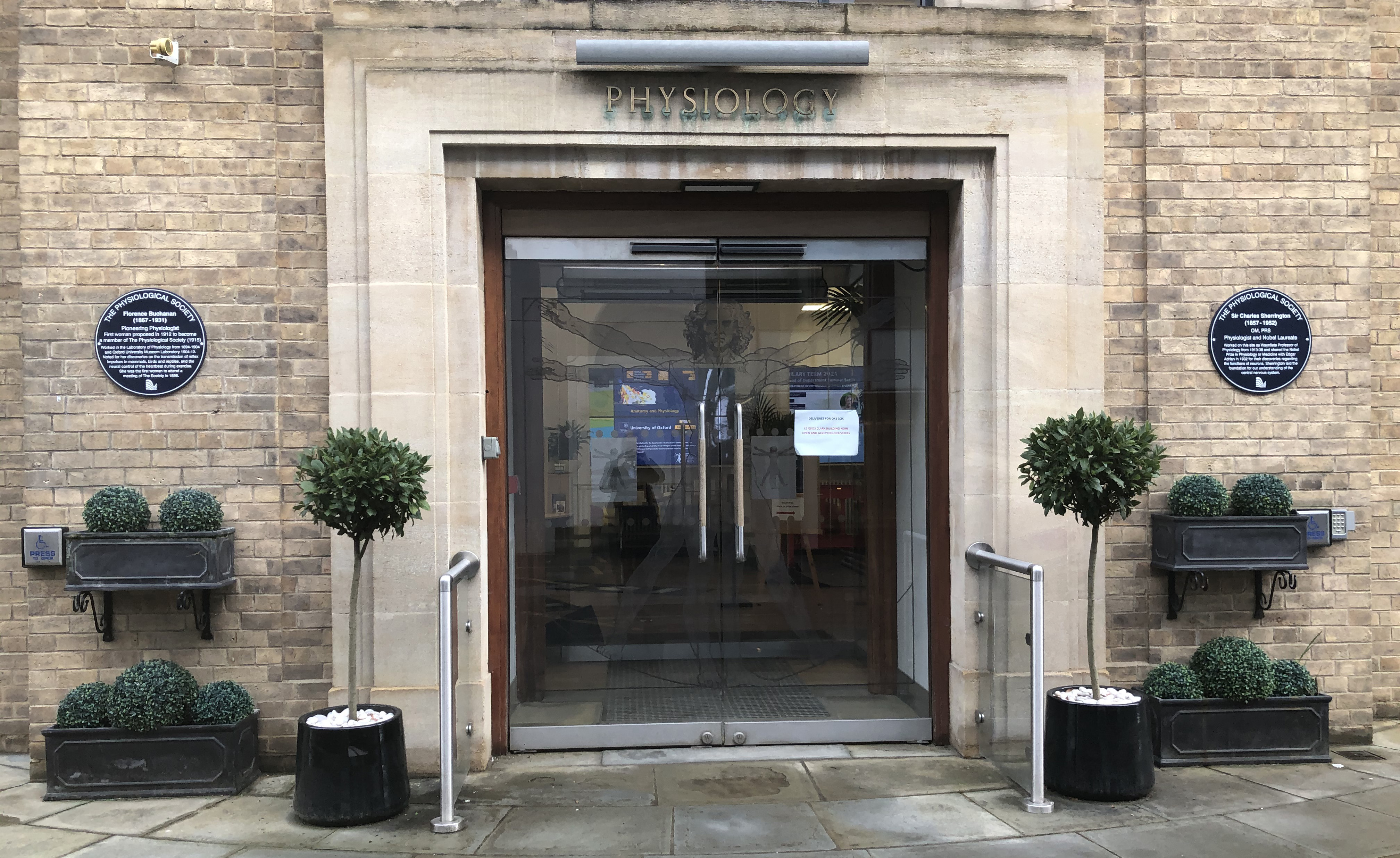 This week framed photographs of 16 women who have contributed to the success of DPAG were displayed on the main stairwell of the Sherrington Building as part of our 2021 Centenary project.