On Monday 17 October 2022, the Department hosted the annual John Burdon Sanderson Prize Lecture, dedicated to its first Waynflete Professor of Physiology Sir John Burdon Sanderson, who was appointed in 1882. This year's lecture was entitled "Synaptic plasticity, calcium regulation and Alzheimer’s disease" by DPAG alumni Richard W. Tsien, Druckenmiller Professor of Neuroscience, Chair of the Department of Physiology and Neuroscience, and Director of the NYU Neuroscience Institute at New York University Medical Center.

The Department was delighted to welcome back Professor Tsien, a former graduate student who came to Oxford on a prestigious Rhodes Scholarship. He graduated with a DPhil in Biophysics in 1970, working under the mentorship of Professors Denis Noble FRS and Julian Jack. He also notably worked with Jean Banister, the first woman to be appointed Departmental Demonstrator at the Laboratory of Physiology. Professor Tsien's doctoral thesis with Professor Noble described outward currents that support the cardiac action potential repolarization and repetitive firing. He also worked with Professors Jack and Noble on a seminal book now on numerous biophysics reading lists for students, 'Electric Current Flow in Excitable Cells' (Adler, 2015).

Professor Tsien is a world leader in the study of calcium channels and neurotransmission. His work has shed light on how synapses contribute to neuronal computation and network function in both the healthy and diseased brain. His research, published in over 200 peer-reviewed journal articles, has substantially contributed to furthering our understanding of how neurotransmitters, drugs and molecular alterations regulate calcium channels and has implications for diverse clinical areas such as pain and autism.

Following the unveilings, Professor Tsien delivered his lecture to a packed Blakemore Lecture Theatre. He began with an fascinating insight into his time at the Department under the mentorship of Professor Noble. He outlined some of Professor Noble's key scientific lessons, which included words of wisdom such as 'don't be fazed if it's more complex than others expect' and 'accept controversy as part of science'. 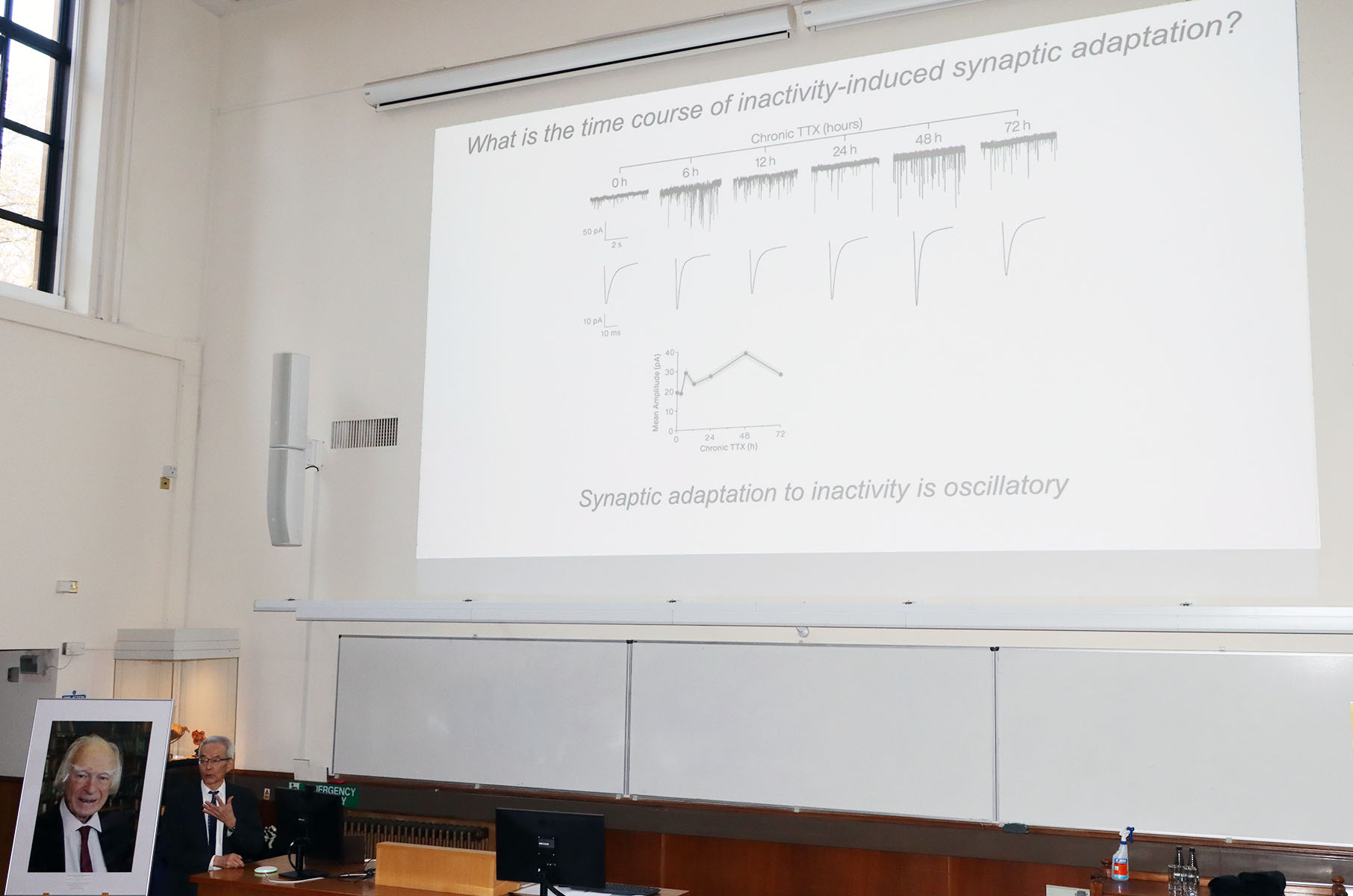 His subsequent scientific lecture demonstrated fully how he took these lessons forward with his pioneering research. Homeostatic regulation of synapses is vital for healthy nervous system function. Activity-dependent synaptic scaling, an intensely studied form of homeostasis, is proposed to operate over hours to counteract the destabilizing influence of long-term potentiation (LTP) and long-term depression (LTD). The prevailing view holds that synaptic scaling is a slow first-order process that regulates postsynaptic glutamate receptors and fundamentally differs from LTP or LTD. The Tsien Lab's experiments challenge these presumptions. Surprisingly, the dynamics of scaling induced by neuronal inactivity are not exponential or monotonic and the mechanism requires calcineurin and CaMKII, molecules dominant in LTD and LTP. His lab's quantitative model of the interplay between these enzymes reconstructs the unexpected dynamics of homeostatic scaling and reveals how synapses efficiently safeguard future capacity for synaptic plasticity on demand. The modeling also provides a framework for understanding Alzheimer’s disease and how calcium dysregulation in AD might cause disruption of synaptic homeostasis. His team's human genetics-based experiments in mouse models of Alzheimer’s implicate this kind of pathophysiological connection.

The lecture was followed by a reception in Sherrington Building Reception Foyer. 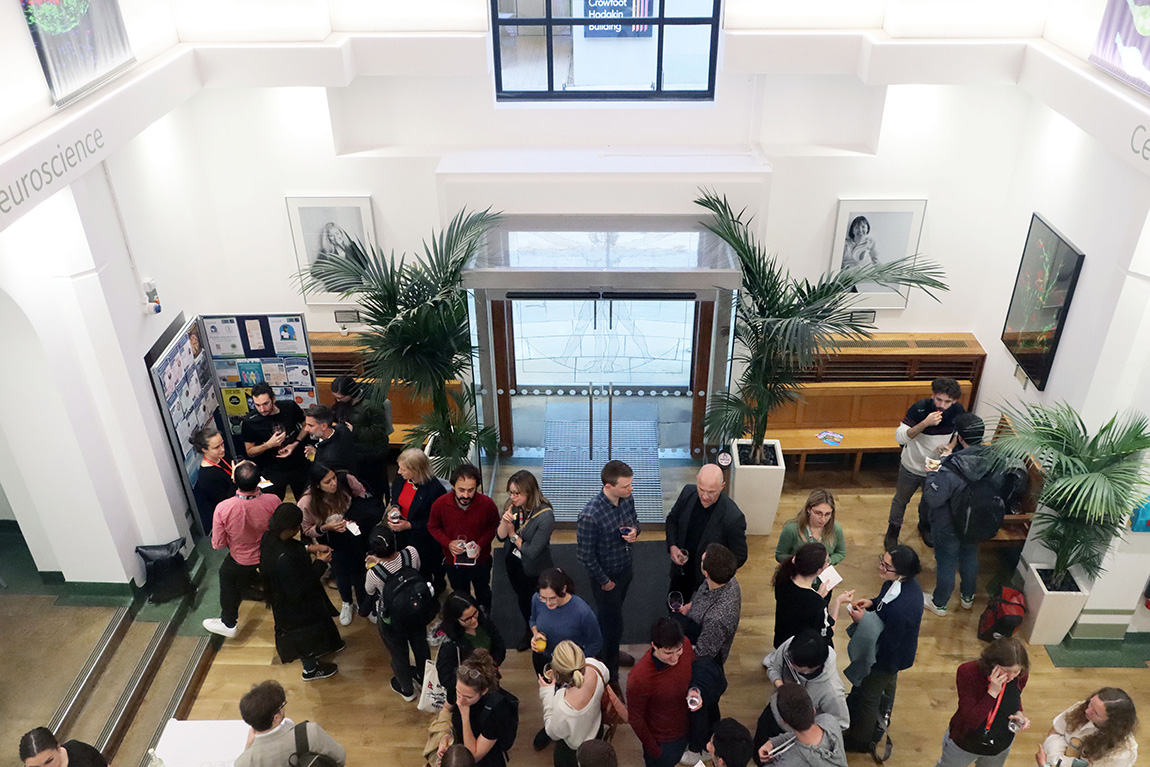 Professor David Paterson, Head of the Department of Physiology, Anatomy and Genetics and President of The Physiological Society congratulates Professor Svante Pääbo ForMemRS, who has been awarded the 2022 Nobel Prize in Physiology or Medicine.