Congratulations are in order to three University of Oxford Medical students, Kacper Kurzyp, Rafee Ahmed and Oliver Bredemeyer, for their strong performance in the pre-clinical category of The National Undergraduate Neuroanatomy Competition (NUNC) 2020 that took place on Saturday 29 February. Oliver Bredemeyer is the pre-clinical runner-up and Rafee Ahmed is a distinction winner.

The NUNC is an annual competition open to all medical students in the UK and Ireland. It first started in 2013, and has since run annually at the University of Southampton. It now attracts over 150 students. The competition has 3 main components: a neuroanatomy spotter examination, a clinically-orientated multiple-choice examination and series of talks from on aspects of neuroscience.

In the lead up to the competition, the students were given extra tuition in neuroanatomy through preparatory sessions delivered by Professor Zoltán Molnár and DPAG Departmental Lecturer Michael Gilder.

Professor Zoltán Molnár said: "They all did extremely well in a very strong field. Michael Gilder and I were both very impressed by the dedication and diligence of these three students during the preparatory sessions and we hope that this will inspire more students to attend this fantastic event in University of Southampton in future years."

Dr Michael Gilder thanked the students for representing the University of Oxford at the event, commenting: "This is the best performance ever by our medical students at this national competition and you should be very proud of your achievement." 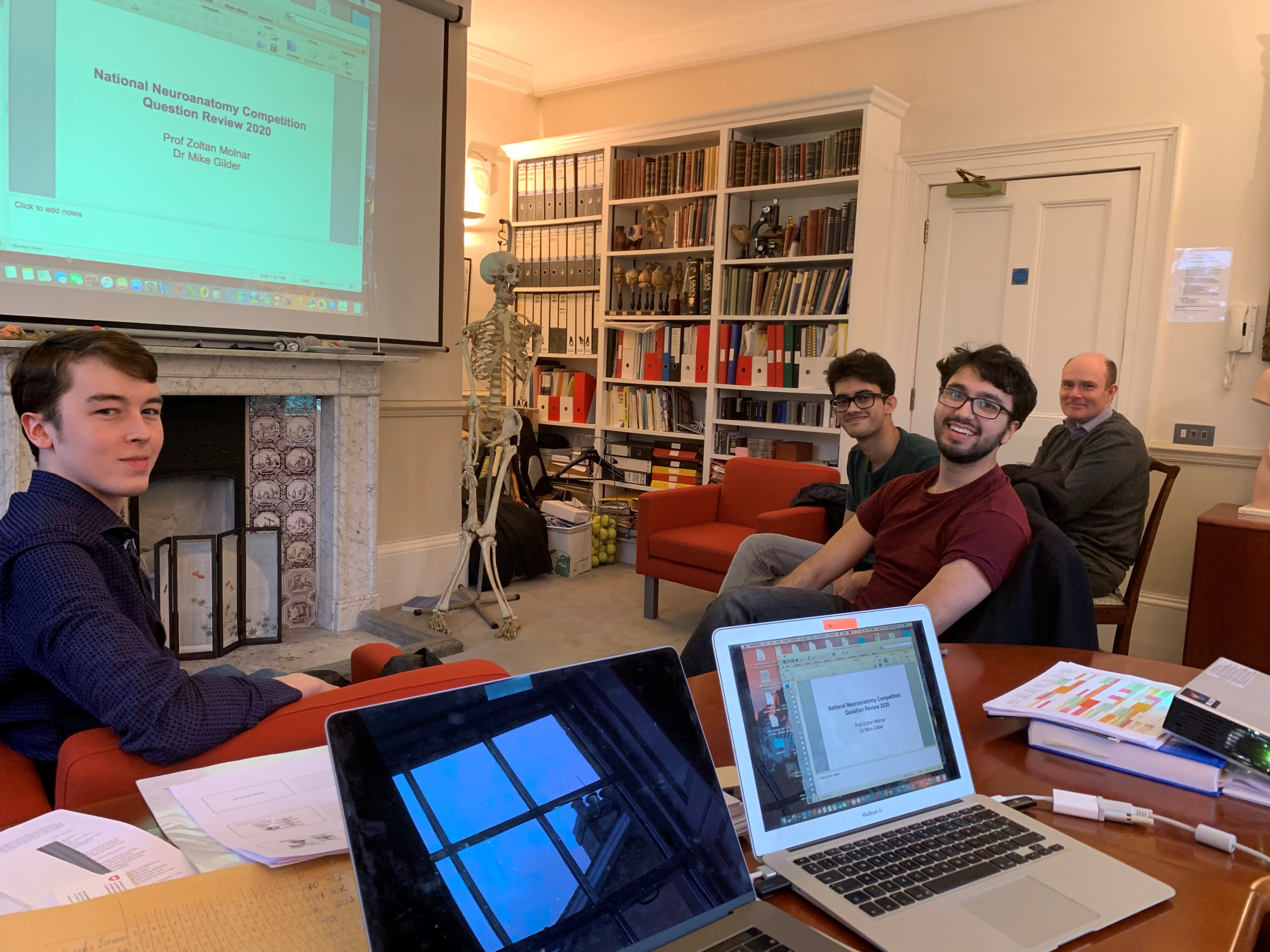