Scientific excellence in Oxford has once again been recognised as Alzheimer’s Research UK doubles its investment in dementia research through the Oxford Research Network Centre. 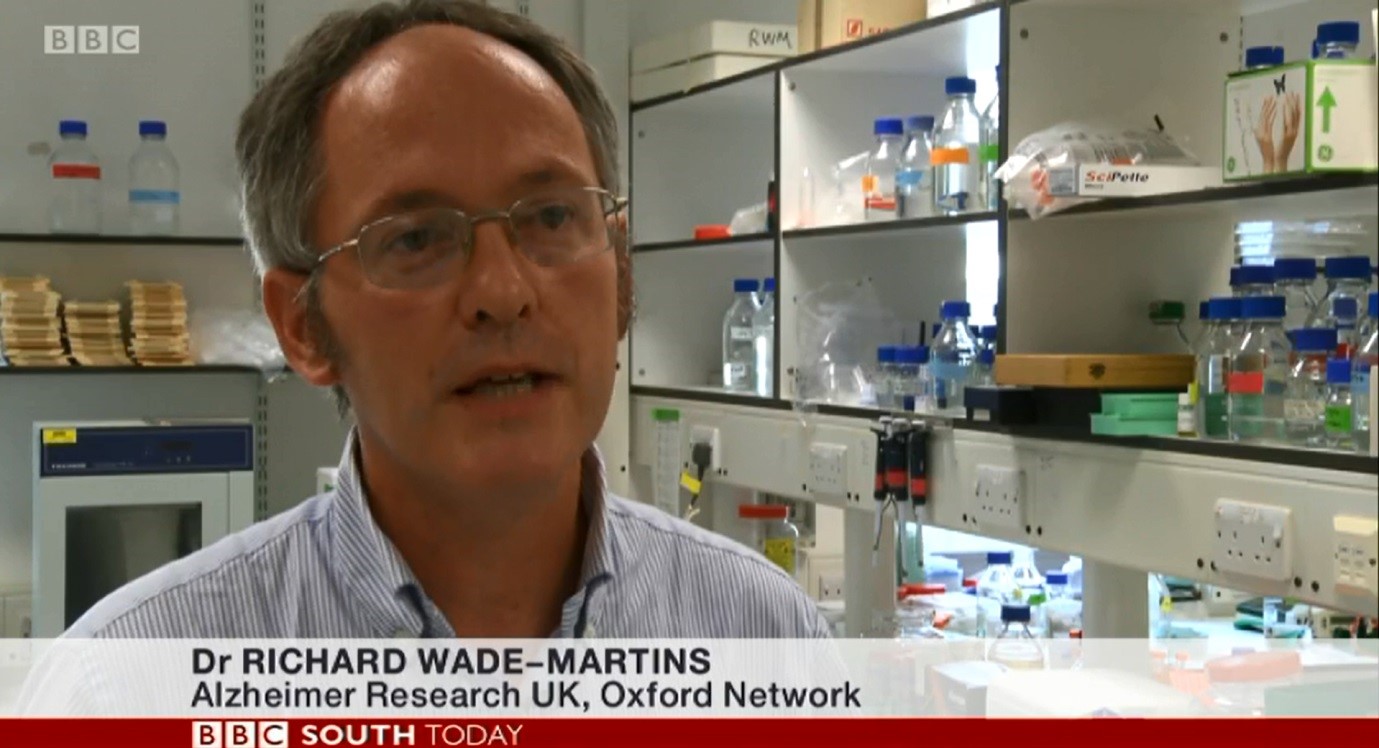 Alzheimer’s Research UK will support 15 Network Centres of scientific excellence across the UK through a new plan of investment. The centre in Oxford encompasses researchers from the University of Oxford, Oxford Brookes University and the University of Reading. Over 40 researchers at the three institutions will benefit from £100,000 of investment over two years, with continued support pledged for the coming years. The investment is part of the charity’s £100m Defeat Dementia fundraising campaign, announced in June by the Prime Minister.

With calls from the G8 Dementia Summit in December for increased collaboration in dementia research, the Alzheimer’s Research UK Research Network brings together scientists from a variety of disciplines throughout the UK. Teams of scientists who would not normally encounter each other are able to pool their expertise in projects that span the length of the country.

Nearly 8,000 people in Oxfordshire are living dementia and the Alzheimer’s Research UK Network has been building since 1998 with the aim to tackle this challenge, supporting scientists to ultimately find a cure for the condition. Oxford was one of the original founding Network members and this increased funding will allow scientists in the region to pursue new ideas through conference travel bursaries, equipment grants and support for small innovative projects.

Besides providing a focal point for researchers, the Oxford Research Network Centre is helping the local community understand how dementia research is making progress. Every year, the Oxford Network Centre hosts a free public meeting, an informal event for the public to hear about the latest research findings. These events foster dialogue between researchers and those touched by the condition, providing scientists with new insights into dementia and inspiring new approaches to research.

“We will not find a cure for dementia by working in isolation. Investment in our Research Network is essential to bring scientists together to share ideas and resources. Supporting grass-roots research is crucial to lay strong foundations for larger studies and we are pleased to be able to invest in people and ideas that could provide the breakthrough moments we are all desperate for.

“Alzheimer’s Research UK is leading the way in terms of investment in research, but it is also crucial that we foster collaborations – locally, nationally and internationally. The Research Network will unite researchers across the UK in tackling dementia from different angles, in order to meet our aim to defeat dementia sooner.”

Dr Richard Wade-Martins, Associate Professor at the University of Oxford and Co-ordinator of the Oxford Research Network Centre, said:

“It is fantastic that Alzheimer’s Research UK has decided to increase its investment in research in this region. The Oxford Network Centre is an incredibly important resource for dementia researchers, being unique in its ability to link dementia scientists not just in their home institutions but around the country.

“Researchers here are focusing on a wide range of projects, from probing the genetics behind dementia through to imaging the human brain to understand changes associated with the condition and the study of dementia using stem cells. The Network brings scientists together from many different research areas, to learn from each other’s experiences and successes. The great benefit of the Alzheimer’s Research UK Research Network is that it allows scientists to place their findings in the wider context of dementia research, drawing on other people’s expertise to help make progress faster for those affected by dementia and their families.”

Marianne Talbot, from Oxford, cared for both of her parents during their struggle with dementia. She said:

“Following my father’s death with vascular dementia, my darling mum had a 10 year battle with Alzheimer’s disease. She lived with me for five years and, without any training or preparation, I found myself caring for her as her mind fragmented. Watching her deteriorate was one of the saddest things I have ever done. She died in 2009, aged 89. I would love to see new treatments that could stop others going through the same thing. I’m delighted to hear that more funding is being made available for Alzheimer’s Research UK’s research experts here in Oxford.”