An international event held on Saturday 7 March and organised by DPAG's Cristiana Vagnoni and Tai-Ying Lee aimed to increase visibility of women in academia by creating or enhancing their online presence in the form of Wikipedia profiles. A new report from the organisers shows some impressive statistics, including 160,000 views of newly edited and created articles, demonstrating a strong effort to raise the profiles of many female academics.

International Women's Day was celebrated this year with the campaign theme #EachforEqual. An equal world is an enabled world and the question was asked: How will you help forge a gender equal world? DPAG's Cristiana Vagnoni and Tai-Ying Lee (DPAG DPhil student 2017) answered this question by organising an ambitious global event where University staff, students and members of the public came together to create and edit Wikipedia profiles of women in academia. The International Women's Day Wikipedia Edit-a-thon was held in Christ Church College and participants were joined simultaneously with effort from around the world, including countries in South America, North America and Europe.

Speaking to Wadham College News before the event, Tai-Ying said: "Only 18.2% of English Wikipedia biographies feature women. By creating and improving Wikipedia pages for women in academia, we hope to increase the number of women role models, helping to combat systemic gender biases. This includes all those who identify as women as a whole or part of their identity. We encourage people to edit profiles from a diverse range of backgrounds, especially those that are underrepresented and/or disadvantaged." The event kicked off with a Wikipedia editing tutorial delivered by Doug Taylor, Lead Trainer and Trustee for Wikimedia UK. This was followed by a live-stream of a keynote address by Dr Maryam Zaringhalam, a leader of the US based 500 Women Scientists group who pledge to build an inclusive scientific community dedicated to training a more diverse group of future leaders in science and to use the language of science to bridge divides and enhance global diplomacy. Dr Zaringhalam was followed by a second tutorial session before the much anticipated editing session itself commenced.

55 editors came together to create 16 new articles and edit 96 existing articles. They made 1040 total edits, adding a total of 23,500 words. This effort yielded 160,000 article views. Some of the notable women featured by the editors includes the Taiwanese neuroscientist Denise Hsien Wu, the British crystallographer Pamela Thomas and the Italian neurobiologist Rita Levi Montalcini.

Participants comprised of 14 nationalities from 5 continents and across 24 different academic specialities. Their feedback shows the majority rated the tutorials and the overall event itself as either excellent, great or good. Some notable comments from editors reported a "Great sense of community" and "It really felt like we were all making a contribution to inclusivity and diversity in Academia".

The statistics referenced were collated on Tuesday 17 March and the full Event Report is available to download here (licensed under the CC BY-ND 4.0 licence). To keep track of everyone’s contribution, the organisers created a Wikipedia dashboard for the event, part of a wider Wikipedia campaign including 8 other edit-a-thons. This page continues to monitor the article figures, including the total article views, which at the time of writing on Thursday 23 April stands at 17.7 million.

If you would like to organise similar events in the future, for example, edit-a-thons focusing on various minority groups, please feel free to get in touch with Tai-Ying Lee and Cristiana Vagnoni for potential funding and/or advice. 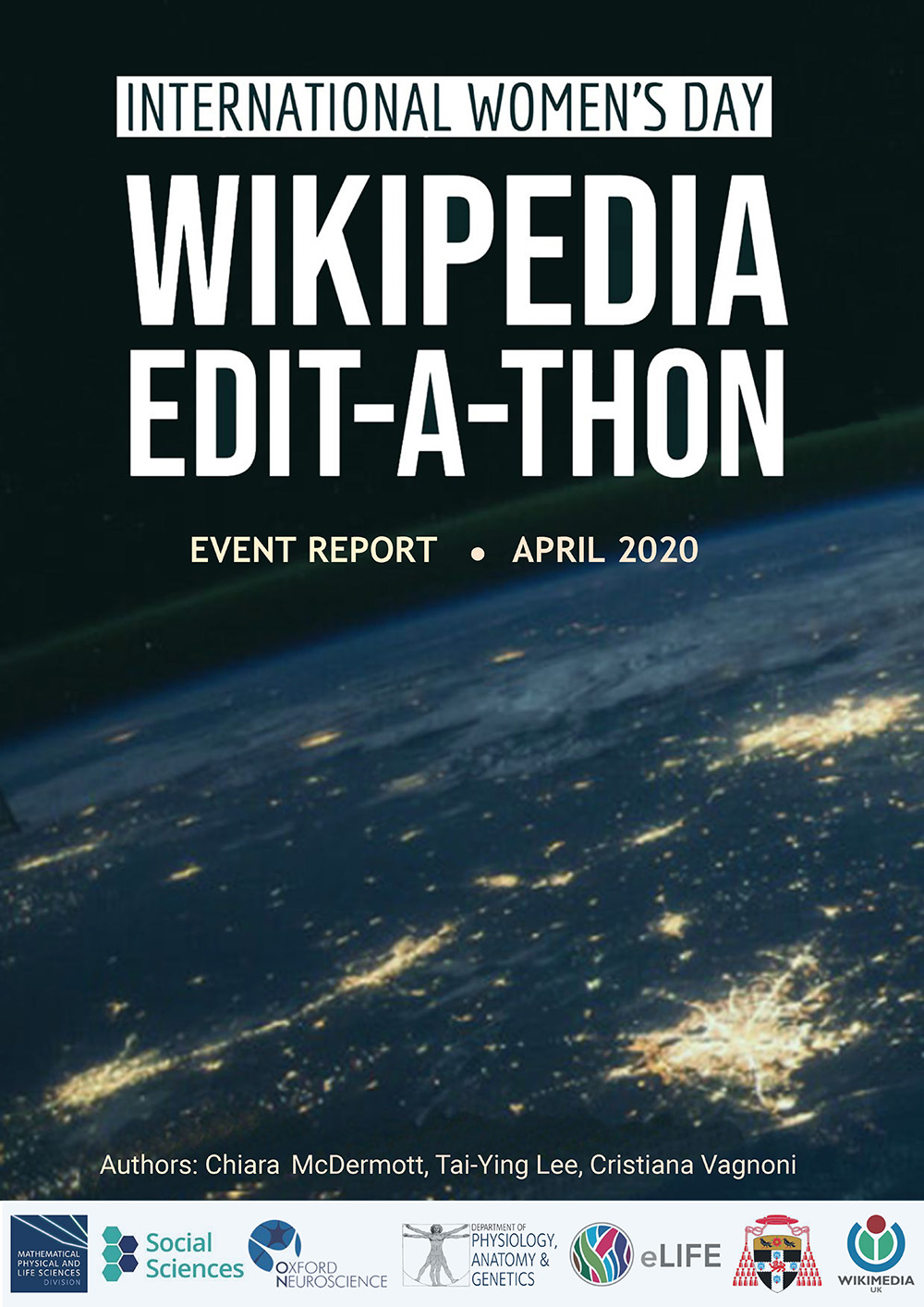 This document is licensed under the CC BY-ND 4.0 licence.

Pint of Science is the world’s largest public science festival bringing researchers to local pubs, cafes and spaces to share their scientific discoveries with the public.