One of the most distinguished and ground breaking scientists of his time, Sherrington laid the foundations for our understanding of the central nervous system. He established the crucial role of synapses (his coinage), minute connections between nerve fibres and nerve cells, revolutionising the field of neurophysiology.  He continued to carry out pioneering research, such as on the organisation of motor areas in the cerebral cortex. He was awarded the Nobel Prize for Physiology or Medicine in 1932 jointly with Edgar Adrian. During his years directing the Oxford University Laboratory of Physiology, he mentored and collaborated with later Nobel Laureates: Henry Dale, Archibald Hill, John Eccles, Ragnar Granit and Howard Florey.

Charles Sherrington was Waynflete Professor of Physiology at Oxford in 1913 - 1936. Before that he had been Holt Professor of Physiology at Liverpool University. Sherrington received the highest accolades: he was knighted in 1922, served as President of the Royal Society (1920 - 25) and admitted to the Order of Merit in 1924. The Oxford science area bears witness to his pre-eminence, with the naming of Sherrington Road and the departmental Sherrington Building where his archives and memorabilia are kept.

For almost all his years in Oxford he and his wife lived at 9 Chadlington Road where they were noted for their hospitality.  They were keen punters and canoeists on the Cherwell close by and he even wrote some scientific papers out on the river.

On Thursday 28 April, a blue plaque was unveiled in Sherrington's honour by Head of Department Professor David Paterson. Of the many visitors, Counsellors John Howson, Dick Wolff and Louise Upton, who worked for 22 years in the Sherrington building as a Neurophysiologist, were in attendance, together with Head of the Nuffield Department of Clinical Neurosciences Professor Kevin Talbot, and DPAG Professors John Stein and Gero Miesenböck.

Watch the unveiling below, together with introductory speeches from Professor Robert Evans, Emeritus Professor of History at the University of Oxford, and Professor Paterson: 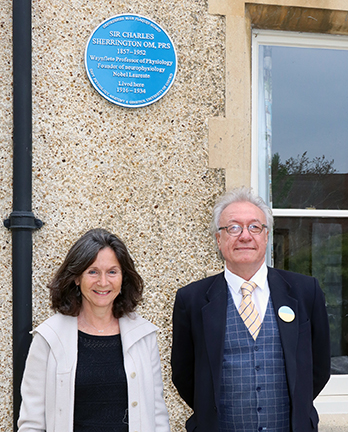 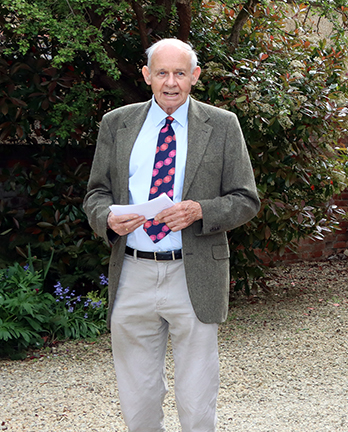 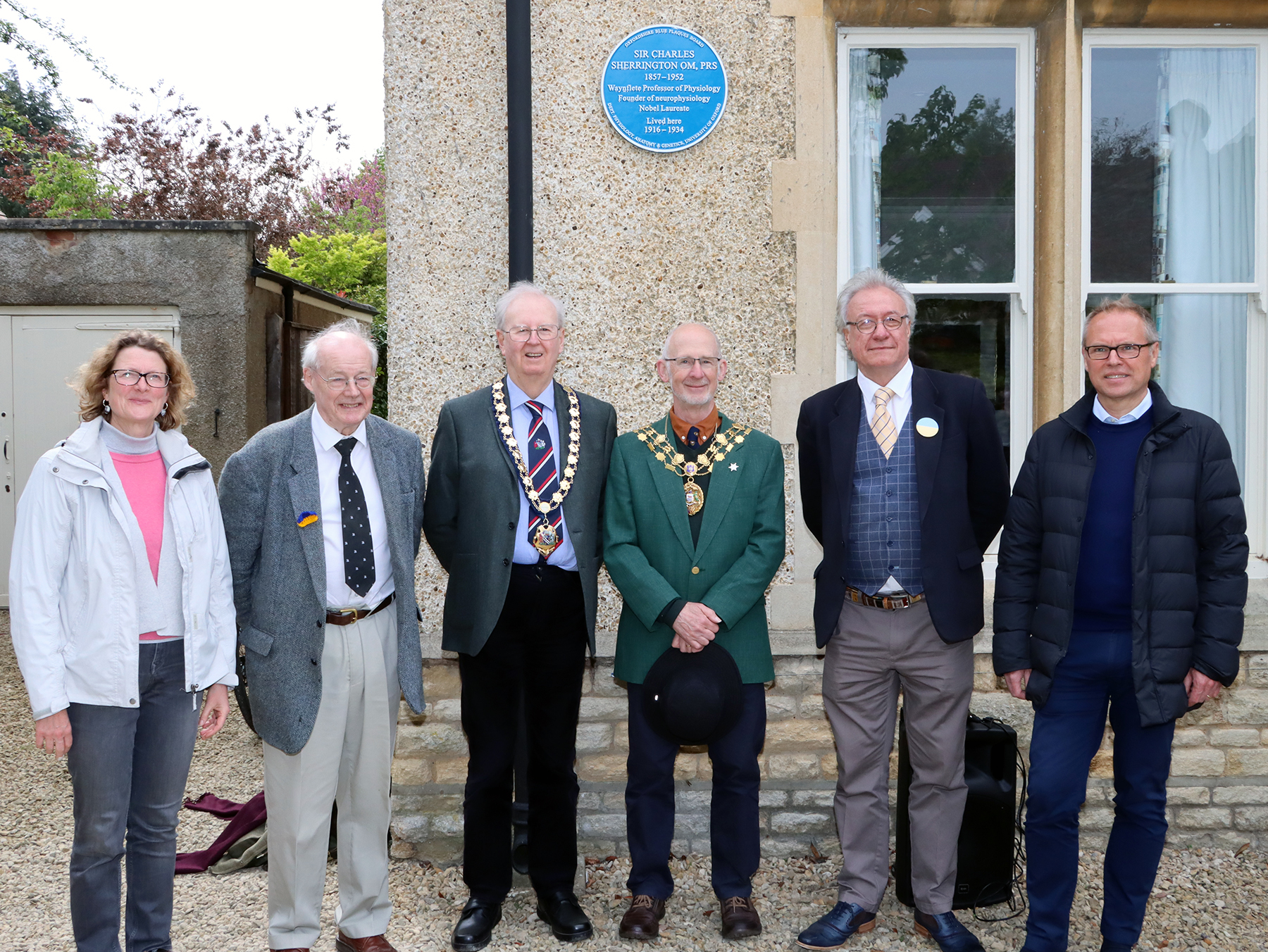 Read more about Sherrington and 9 Chadlington Road on the Oxfordshire Blue Plaques Board website.