O’Rahilly has revealed a number of novel insights that have transformed our understanding of the control of human energy balance and metabolism and how these can be disturbed to cause severe obesity and diabetes. He showed that mutations in single genes can cause a catastrophic loss of control of appetite and feeding behaviour, leading to severe obesity. For instance, he established that some obese children have a mutation in the gene for the appetite-controlling hormone leptin. His work has also revealed the genetic basis for more than 20 human disorders and he works with industry to develop targeted treatments.

O'Rahilly was knighted in 2013 for services to medical research and this year was awarded the Croonian Medal and Lecture - the premier lecture in the biological sciences awarded by the Royal Society - together with Prof Sadaf Farooqi, for their "seminal discoveries regarding the control of human body weight, resulting in novel diagnostics and therapies, which improve human health". 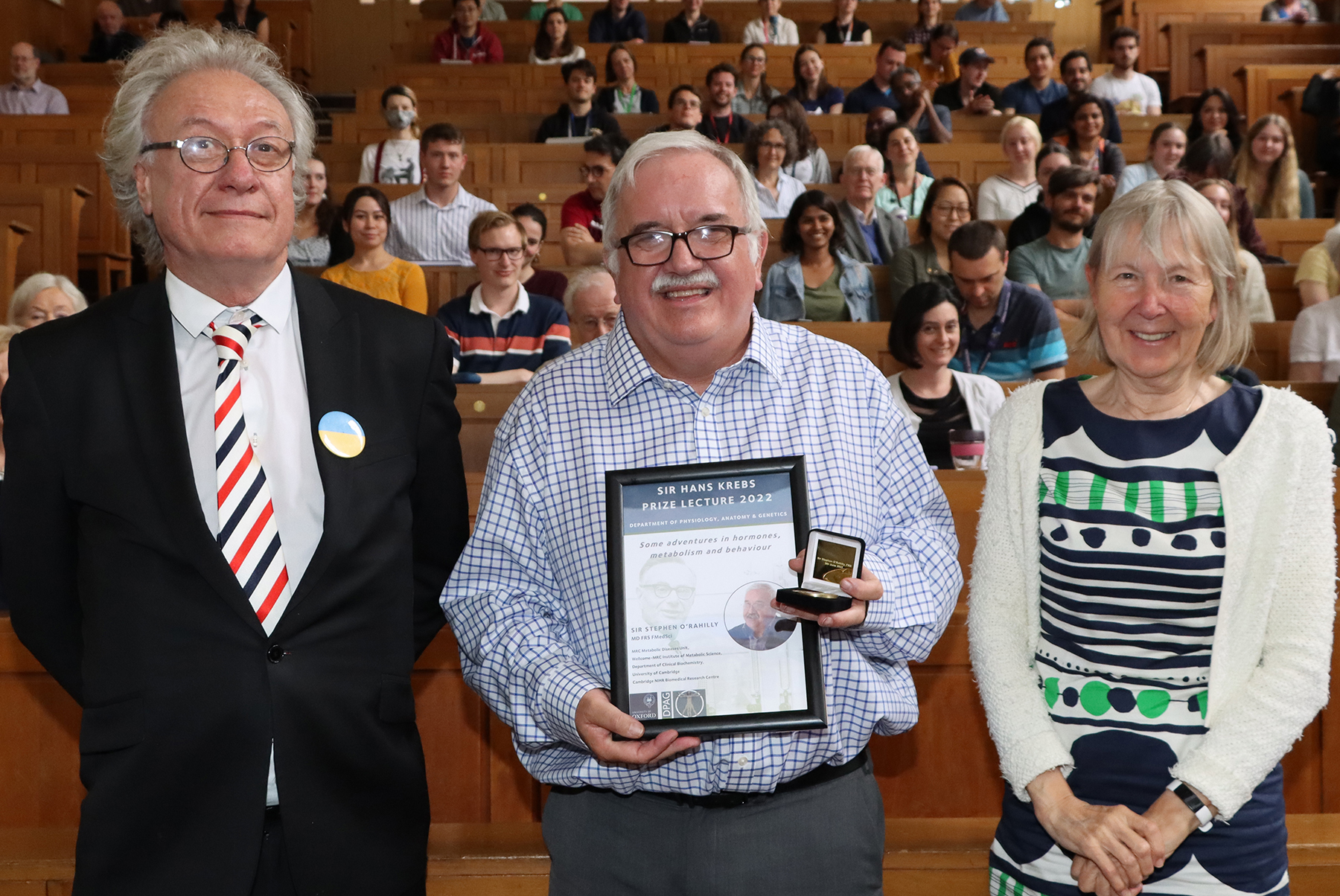 © Sir Hans Krebs Prize Lecture Medal. Image within medal taken from the archives of the Department of Biochemistry, University of CambridgeO'Rahilly's Krebs Lecture focused on insights into the biology of three hormones, insulin, leptin (and its downstream melanocortin system) and GDF15 with a particular emphasis on what has been learned from the study of human disorders.

Sir Hans Adolf Krebs first gained international recognition for his discovery of the urea cycle in 1931, considered a milestone in biochemistry. In 1953, he was awarded the Nobel Prize for Physiology and Medicine for his second major discovery, the critic acid cycle, later known as the ‘Krebs Cycle’. This discovery provided us with an explanation of one of the most fundamental processes of life: the conversion of food into energy within a cell.

Krebs came to Oxford University in 1954 as Whitley Professor of Biochemistry and a fellow of Trinity College. He brought with him the Medical Research Council Unit for Research in Cell Metabolism, to the Metabolic Research Laboratory in the Radcliffe Infirmary.

The lecture was followed by a drinks and canapes reception in the Sherrington reception foyer.