British artist Patrick Hughes has donated an artwork entitled “Popsee” to DPAG in honour of Emeritus Professor of Physiology Sir Colin Blakemore FRS and their shared interest in visual perception.

On Tuesday 2nd November 2021, contemporary artist Patrick Hughes visited the Department to unveil his 2020 masterpiece, "Popsee". The unveiling was witnessed by an audience of DPAG staff, students and members of the University of Oxford's neuroscience community, who came together in celebration of science and art.

"Popsee" is an awe inspiring 3D Multiple, hand painted, pop culture inspired, three-dimensional piece that incorporates work by a number of world renowned pop artists, such as Warhol and Banksy. Hughes is the creator of 'reverspective', an optical illusion on a 3D painted surface where the parts of the picture that seem farthest away are actually physically the nearest.

The work has been donated to the Department in honour of his long-time friend and colleague Professor Sir Colin Blakemore FRS, DPAG's youngest Waynflete Professor of Physiology in history and world renowned neuroscientist who has significantly contributed to our understanding of vision. Professor Blakemore has been particularly influential in demonstrating ‘neural plasticity’ - how brain cells reorganise themselves in response to the environment after birth and even in adulthood. In homage to Professor Blakemore, a book within the donated piece features his name. 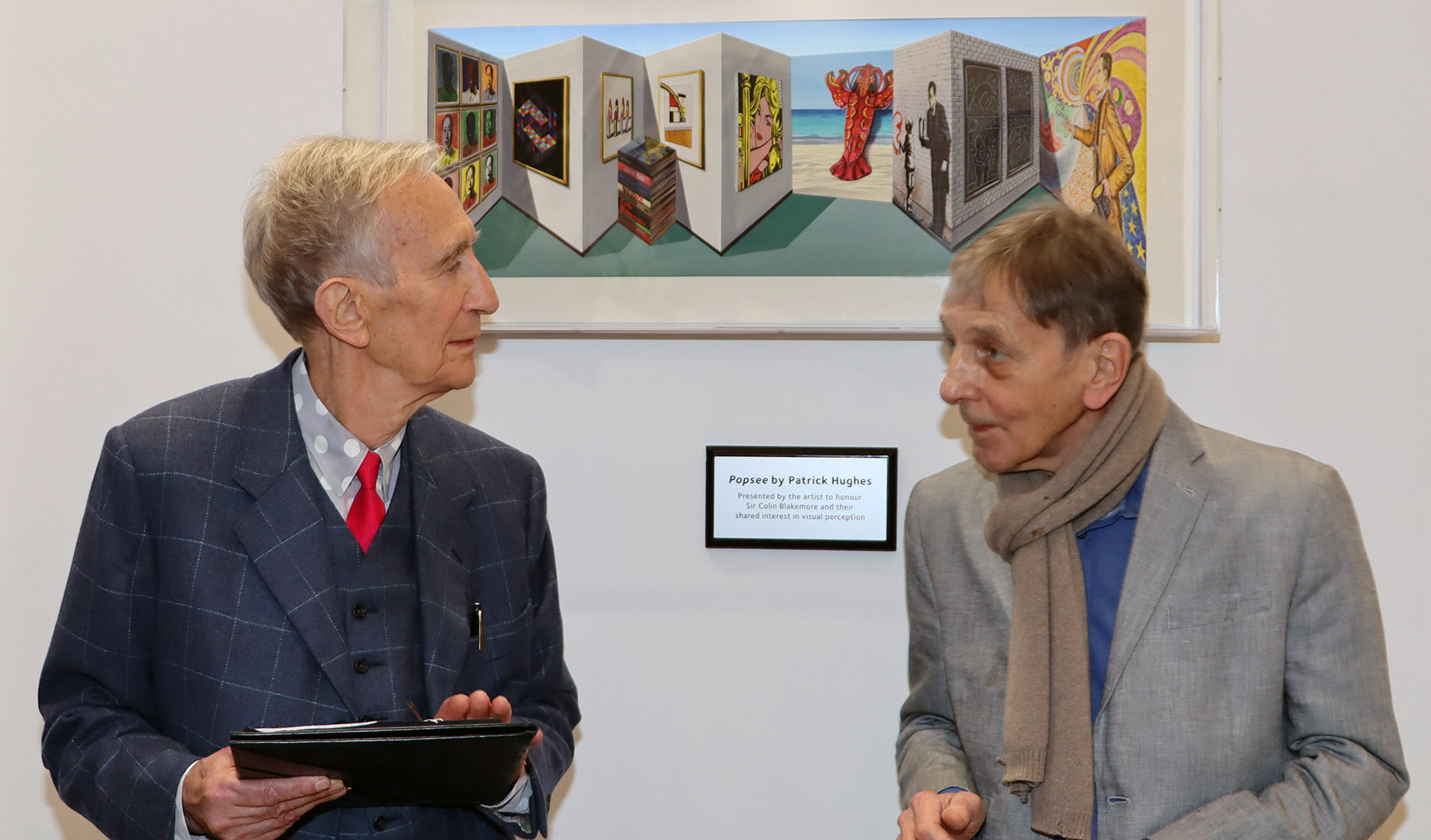 The two pioneers have worked closely together over the years. Professor Blakemore is Director of the Centre for the Study of the Senses at the University of London's School of Advanced Study, where he and Hughes have collaborated "with the design of stimuli that we are using in our efforts to define the parts of the brain that analyse information in the two-dimensional retinal image in order to guess the nature of the mysterious third dimension." (Sir Colin Blakemore).

After the unveiling, Hughes said: “My work should speak for itself and for me, and here it’s saying thank you to Colin for being a fast friend and for your analytic, informed and creative criticism over the last 15 years. Thank you, Colin.”

Hughes then turned to the audience to demonstrate the visual impact of his work, beckoning them to step forward and see how the work appears to move in the opposite direction of the onlooker's own movements. Hughes said: "Everything becomes contradictory. A movement to the left is a movement to the right and a movement down is a movement up. It’s made in perspective the wrong way round. The nearest parts are furthest away and the furthest parts are nearest."

Watch the video below to see the highlights from the event, including an introduction from Head of Department Professor David Paterson, the unveiling itself, and Patrick Hughes' presentation of "Popsee" together with the scientific context behind the work.

Professor Sir Colin Blakemore said: “Thank you, both to David for the way he has welcomed me back to the Department, and to my friend Patrick who has taught me so much about illusions in art. His work can be appreciated at two levels; as amusing and exquisitely created images, but also as experiments, exploring the way that ambiguous images are processed by our brains. Thank you for being my teacher. And finally thanks to all of you who have come to see a painting that he has donated to the Department.”

Professor David Paterson said: "The Department is immensely grateful and honoured that Patrick has donated one of his prized pieces in appreciation of his work with Colin.”

Photographs of the unveiling and reception 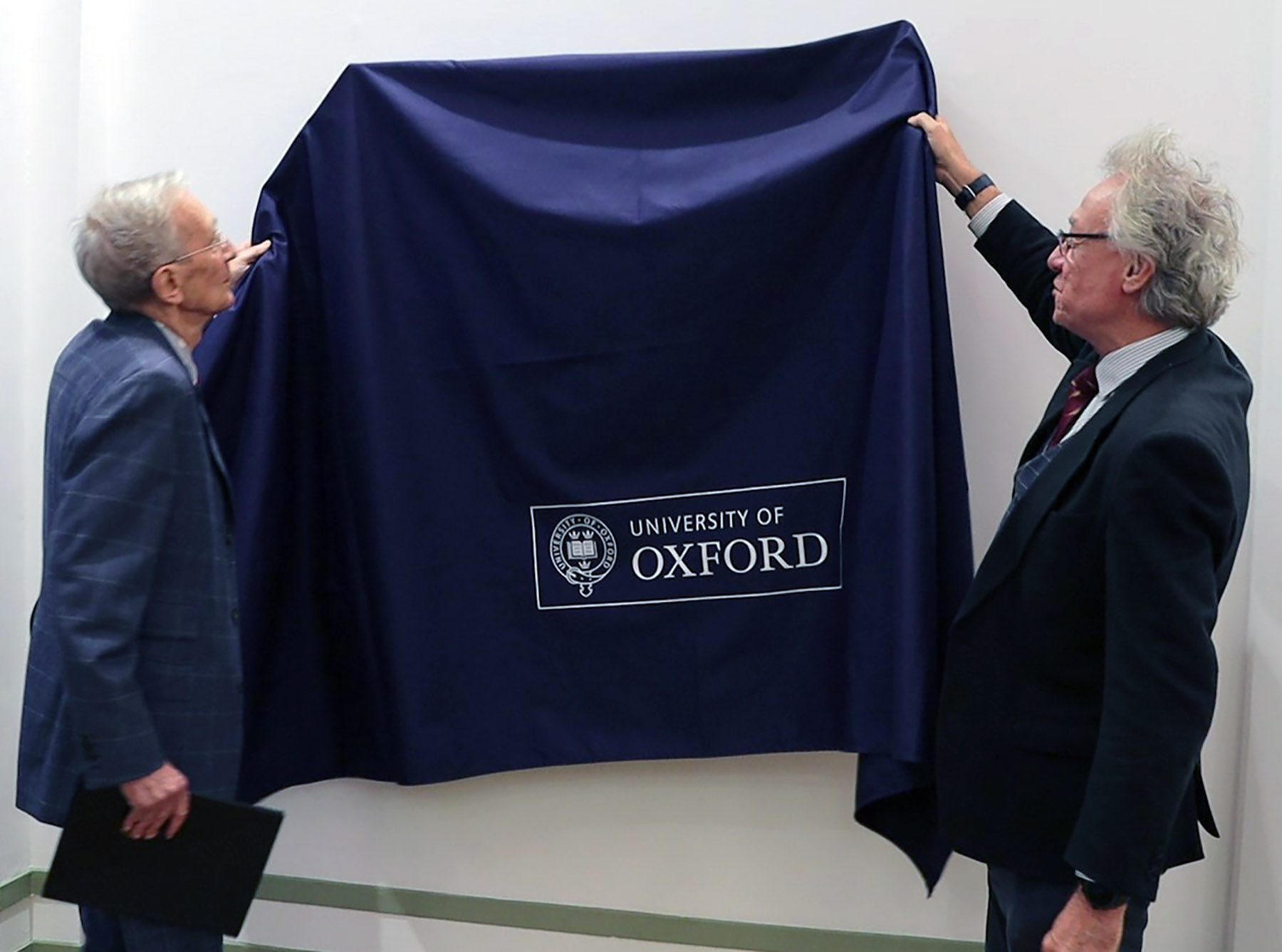 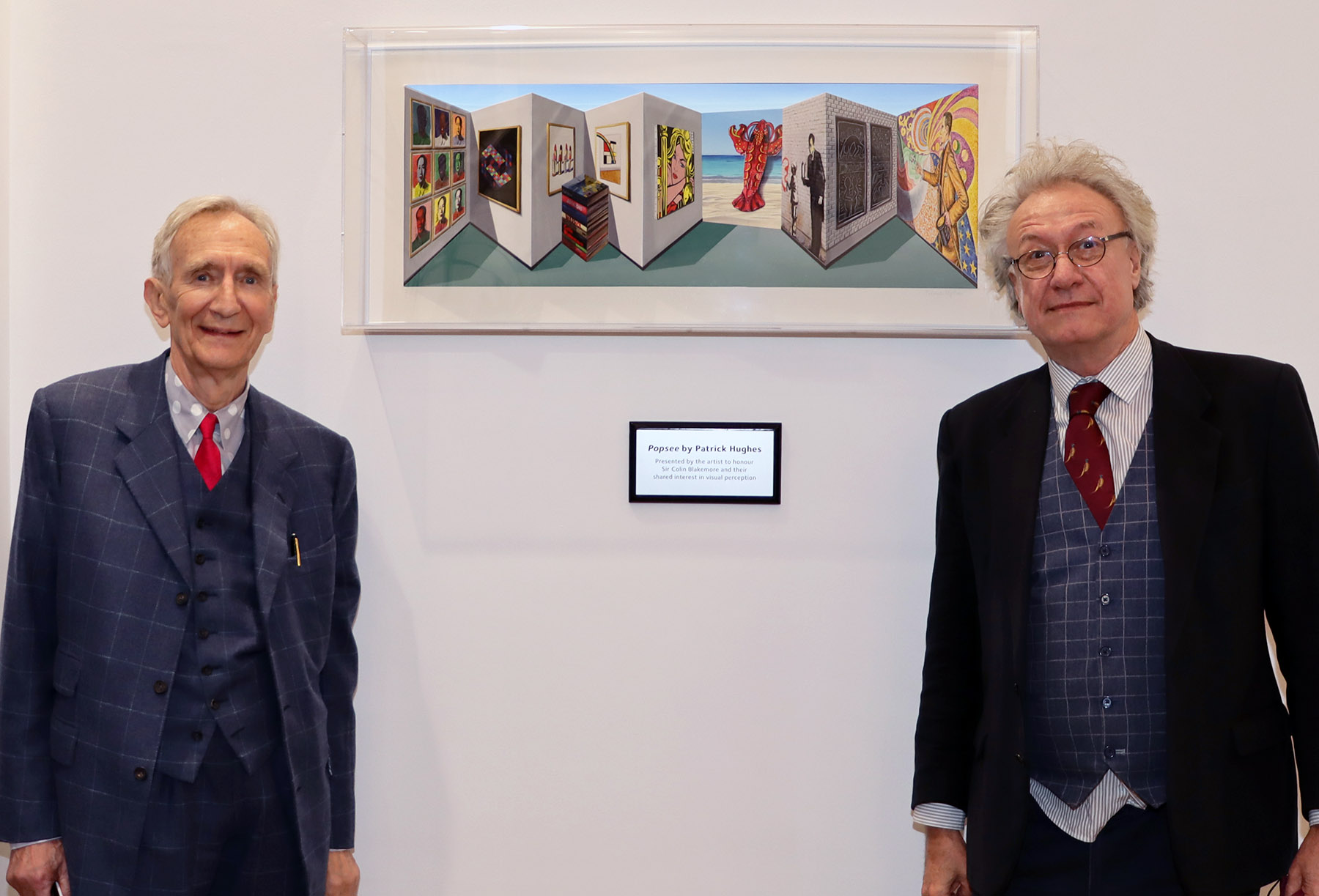 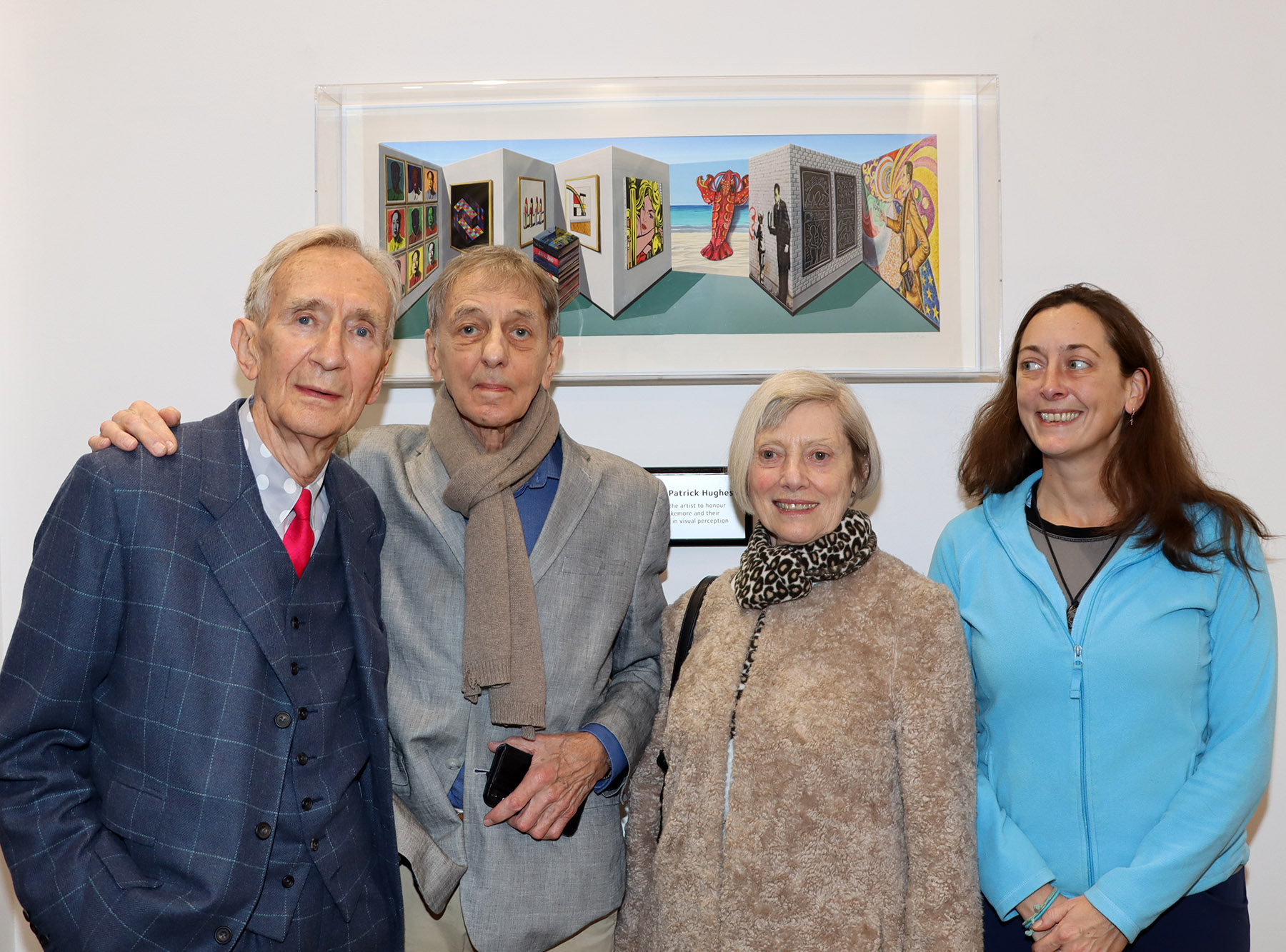 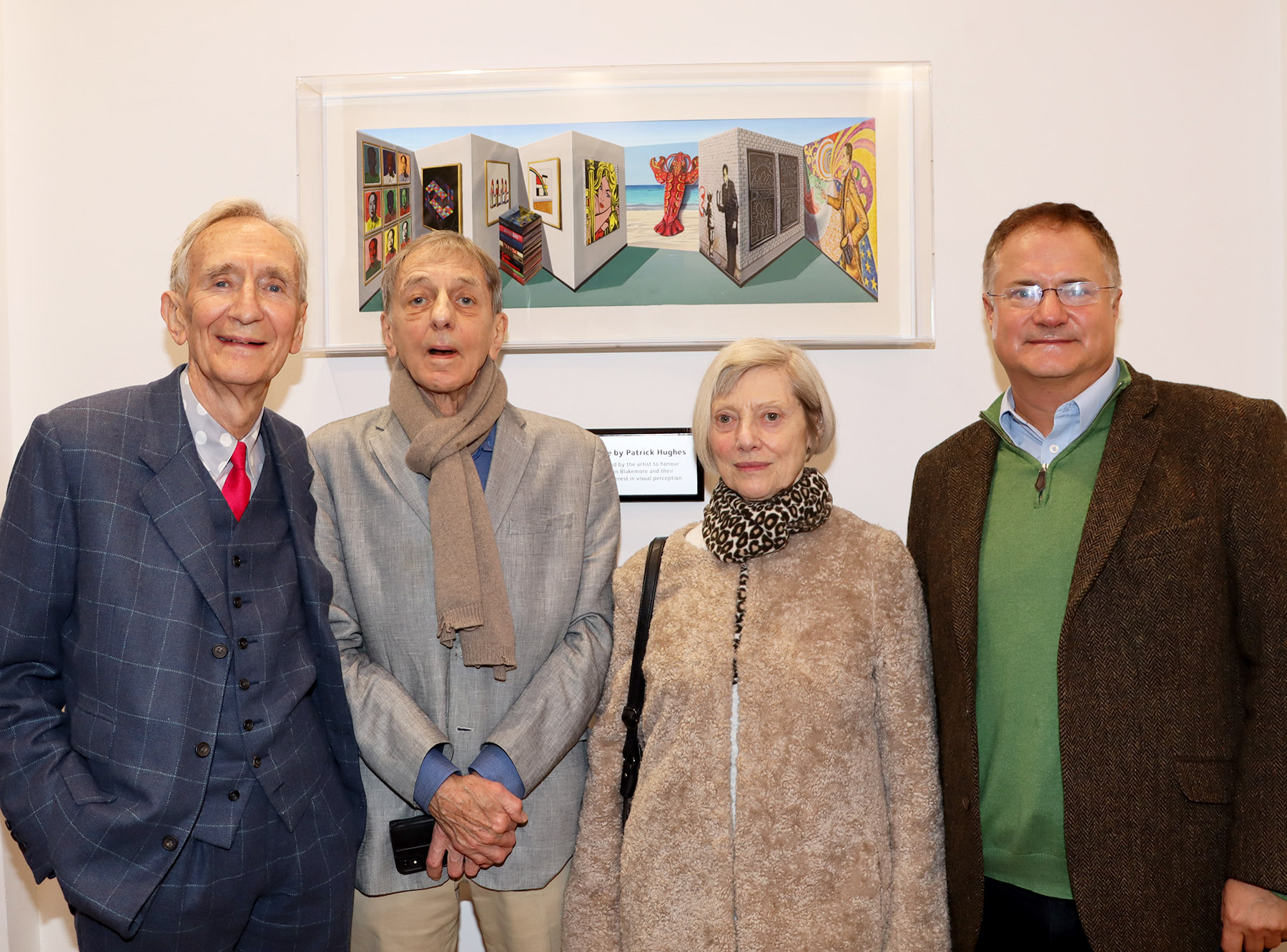 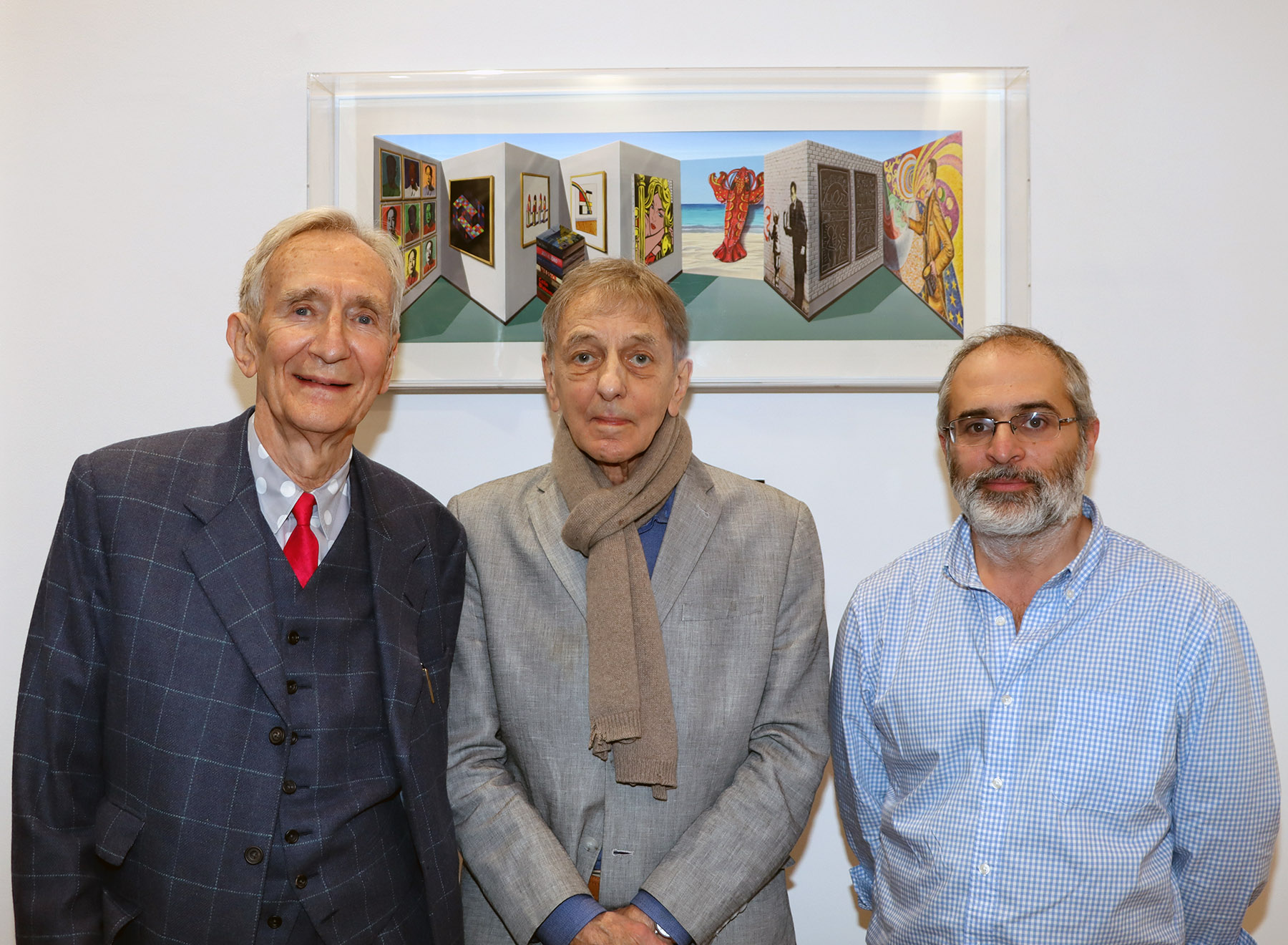 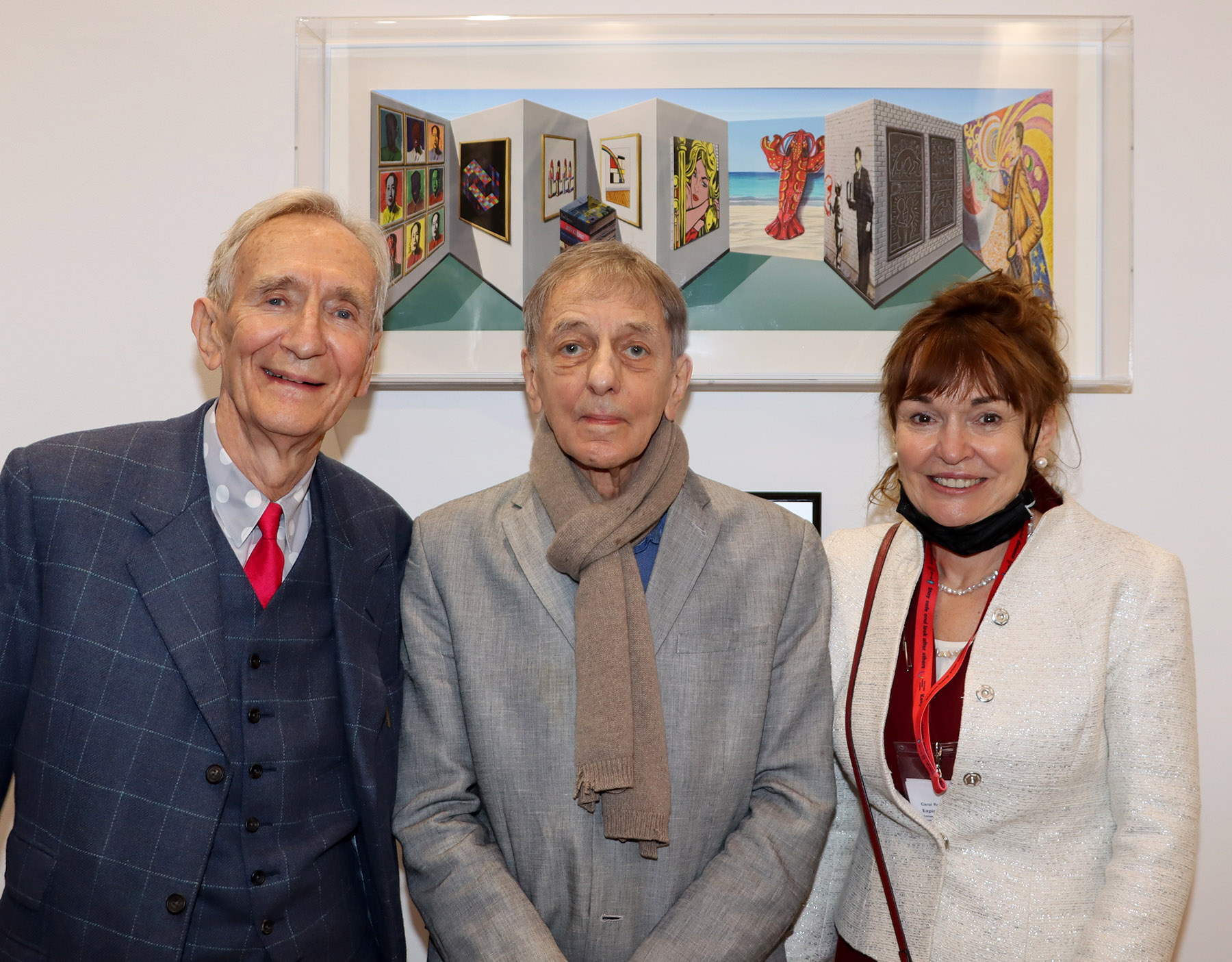 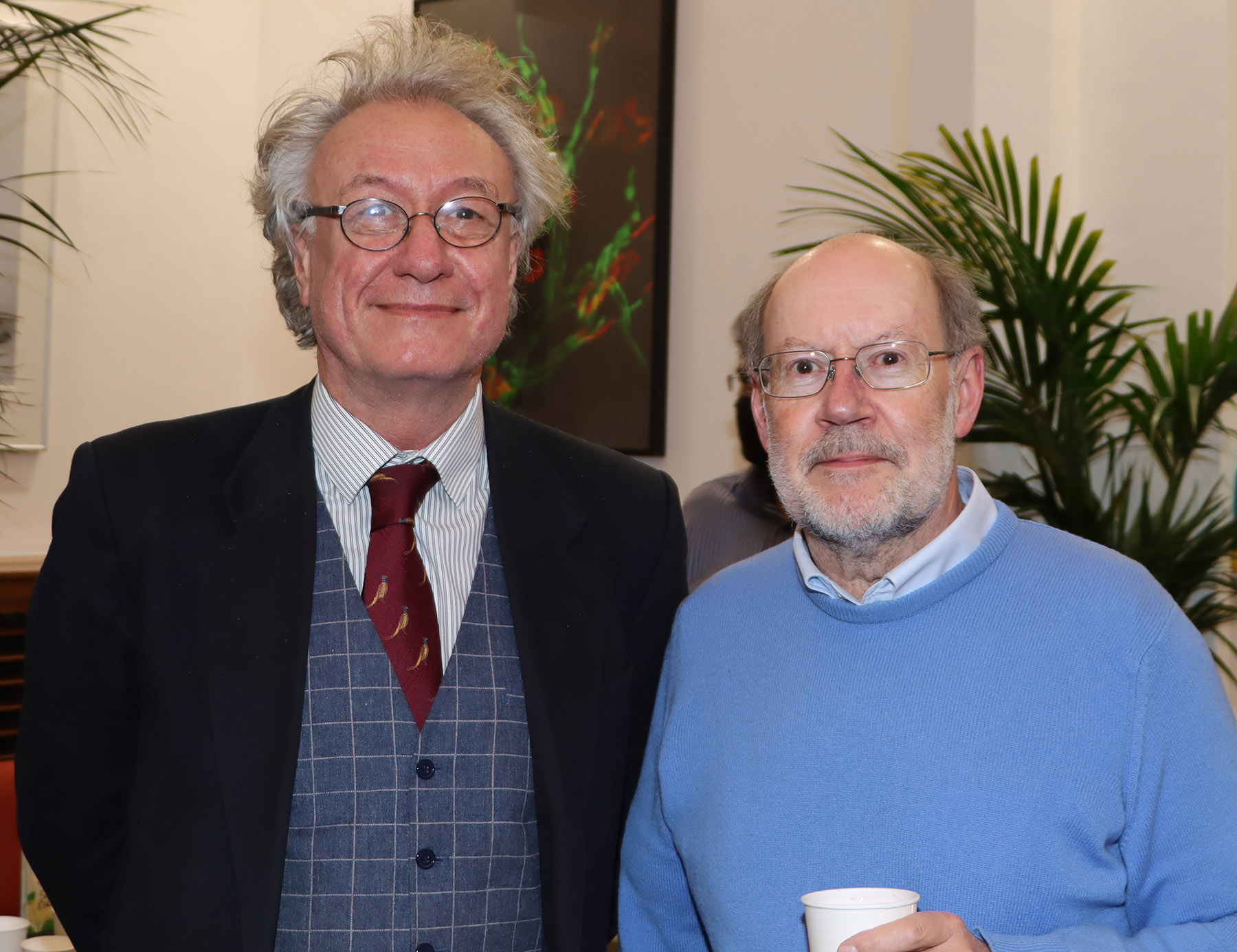 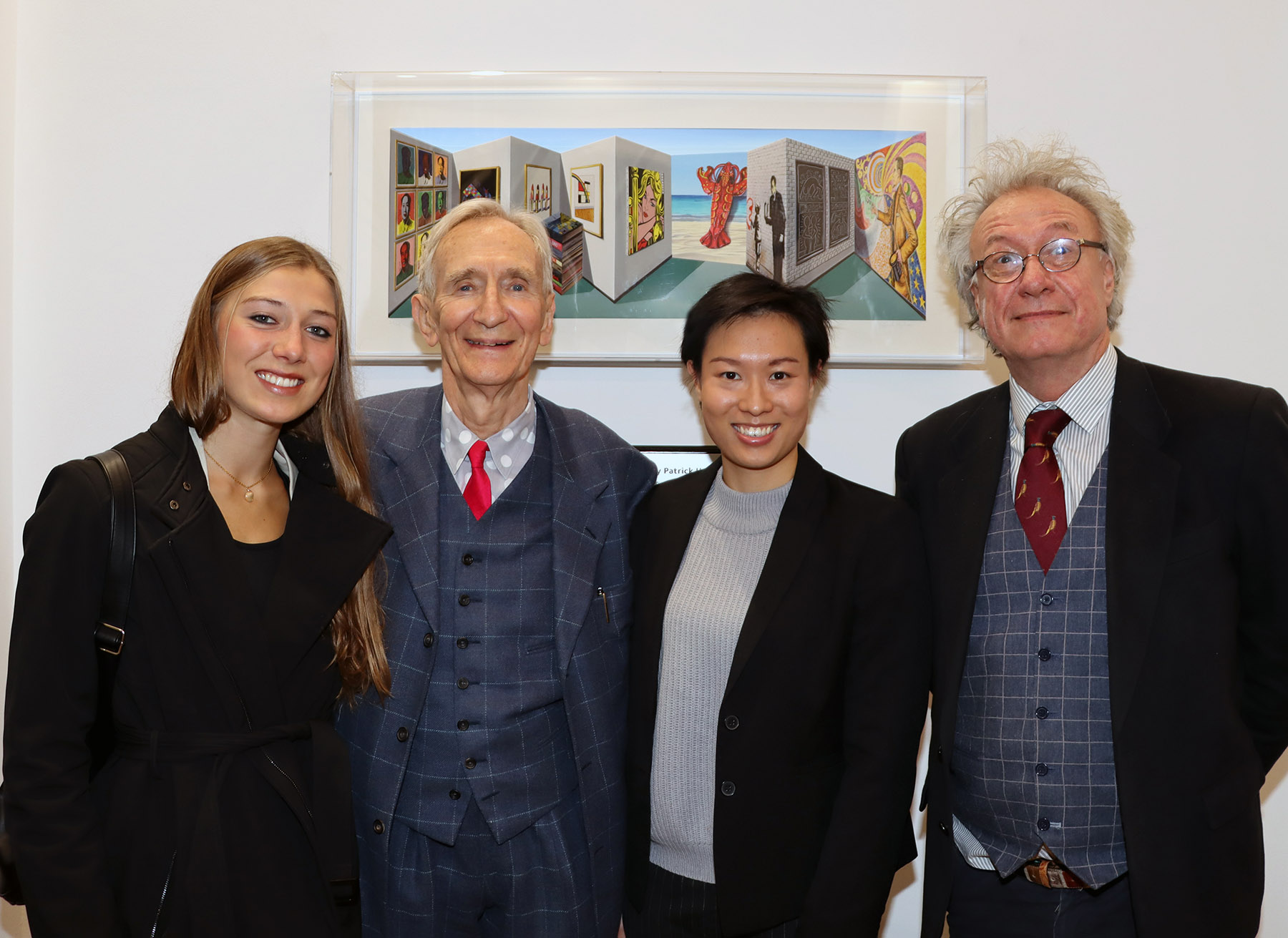 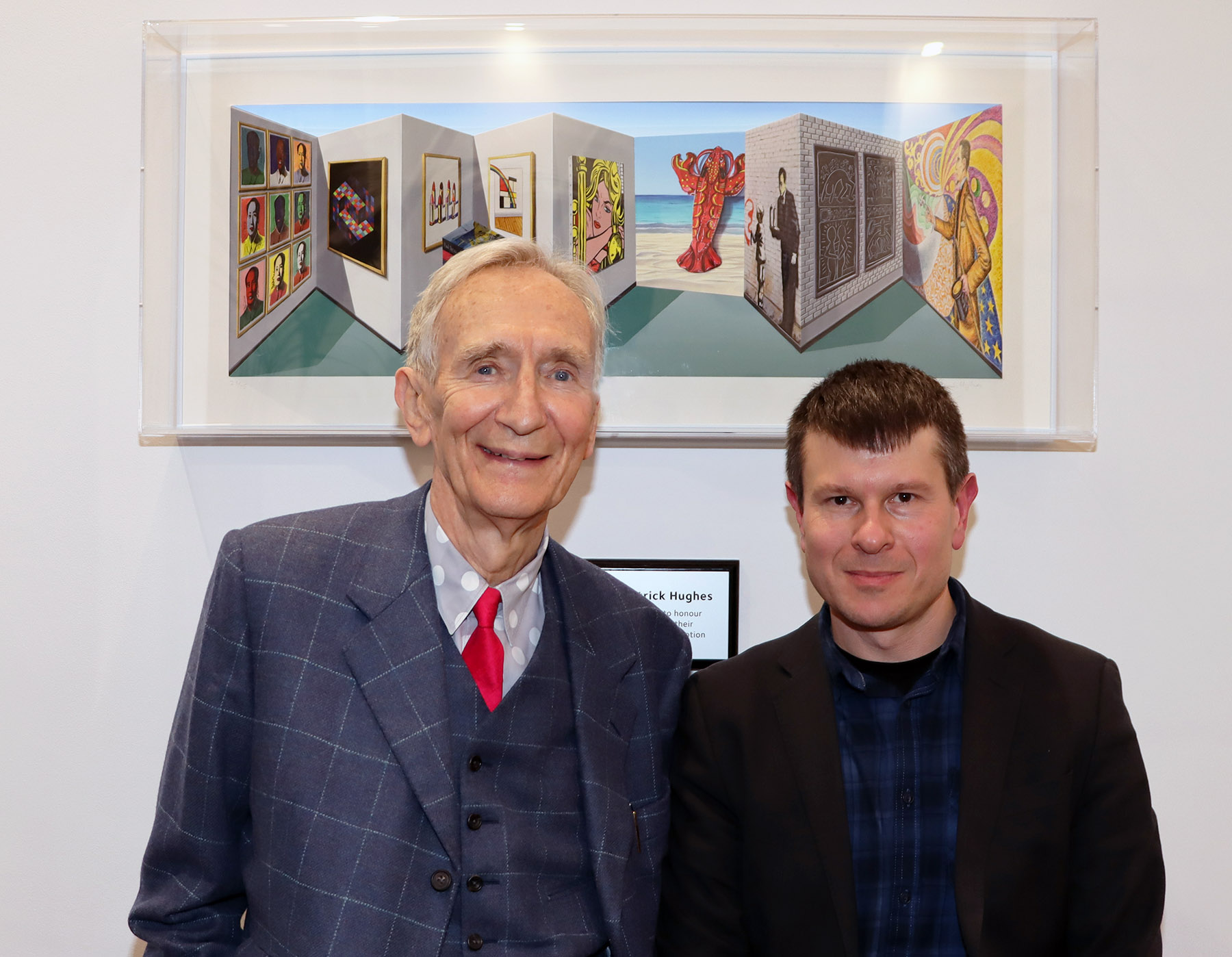 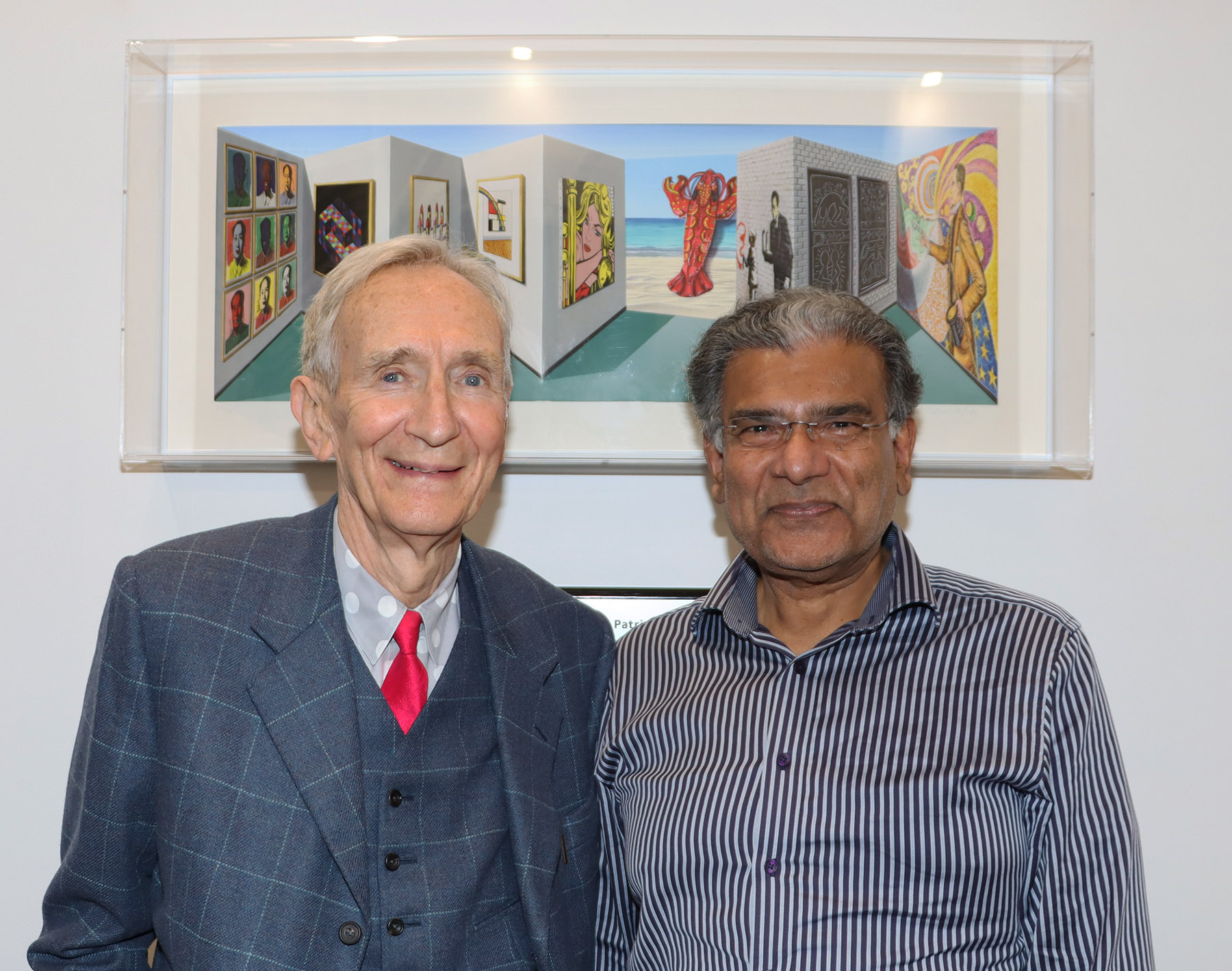 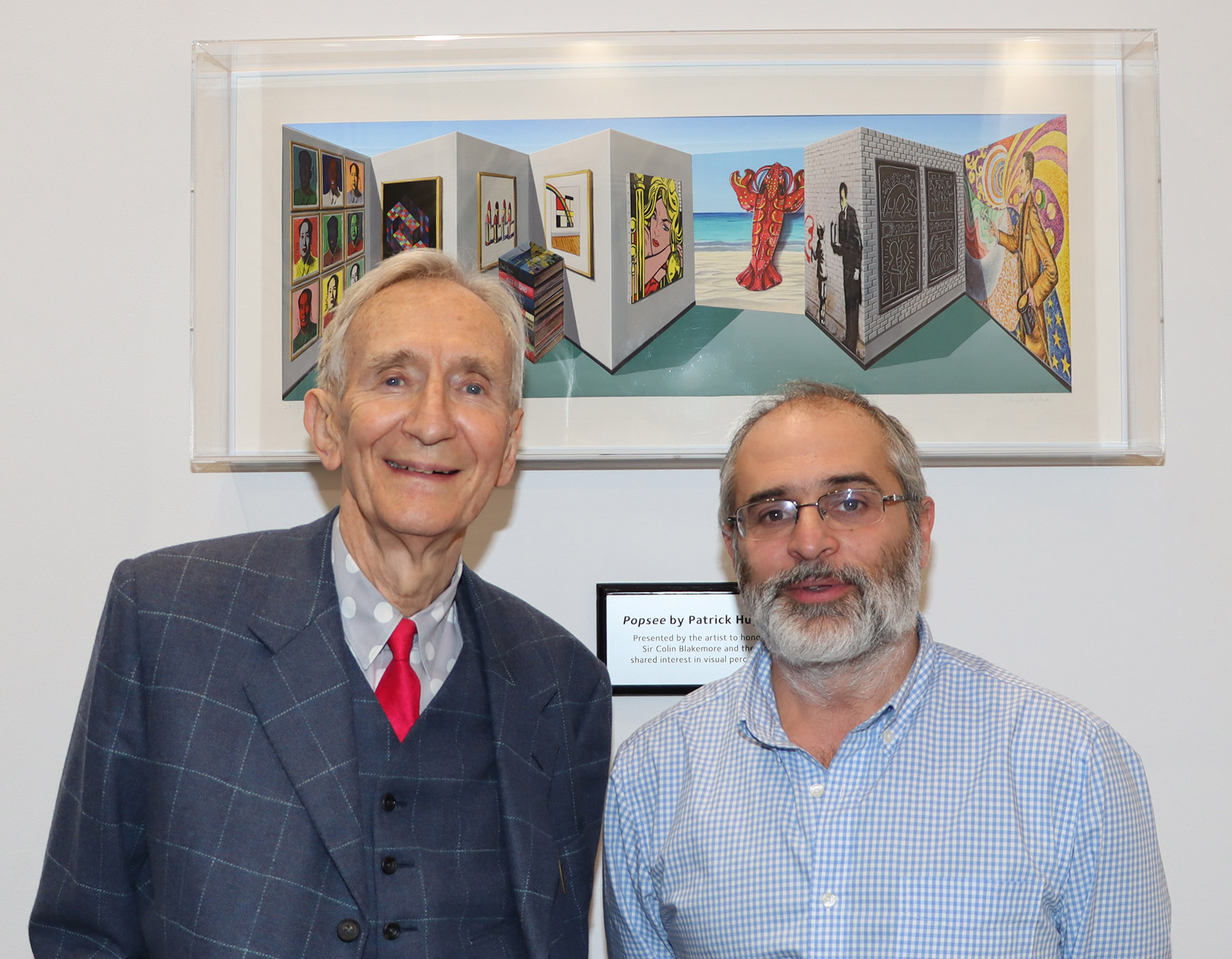 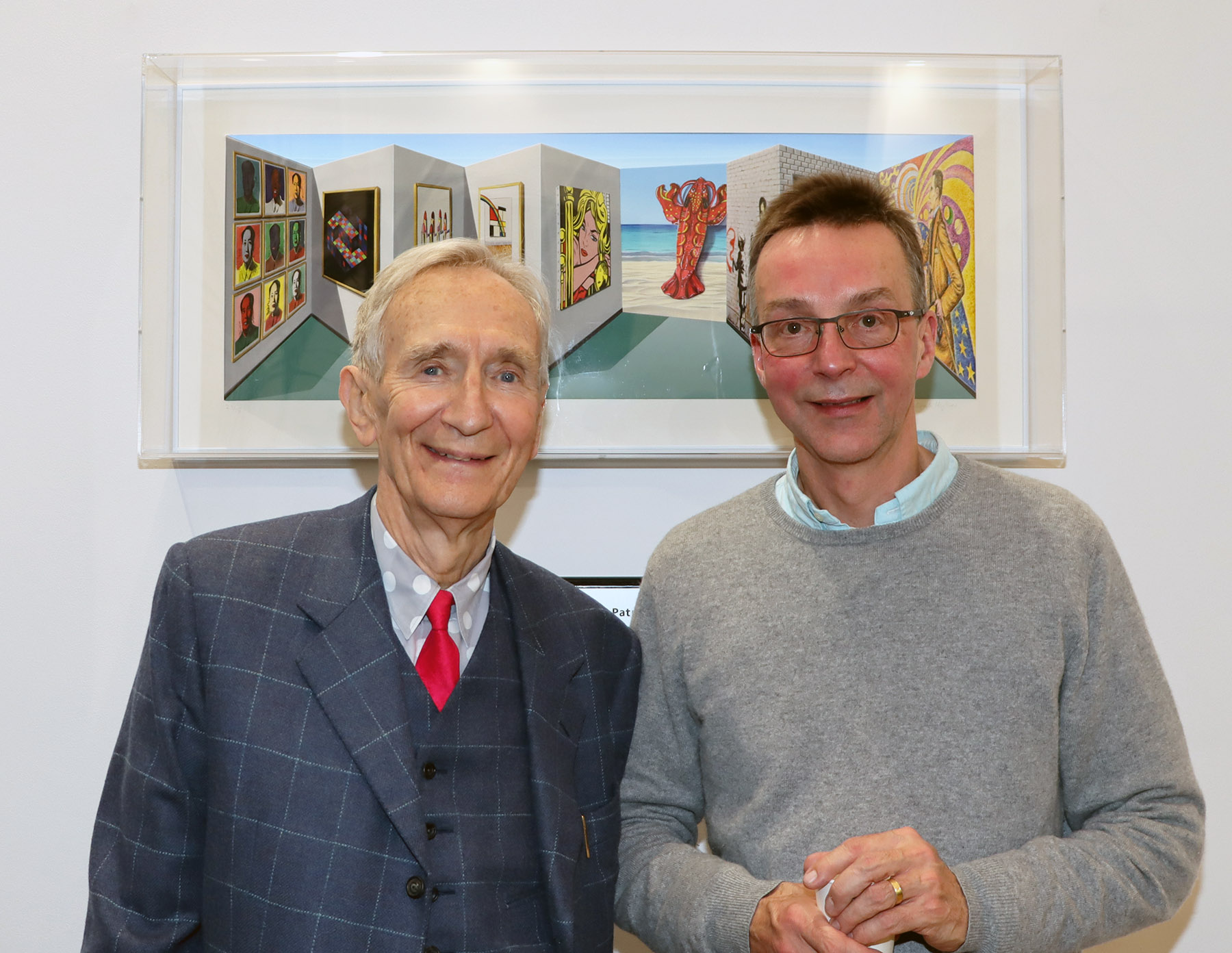 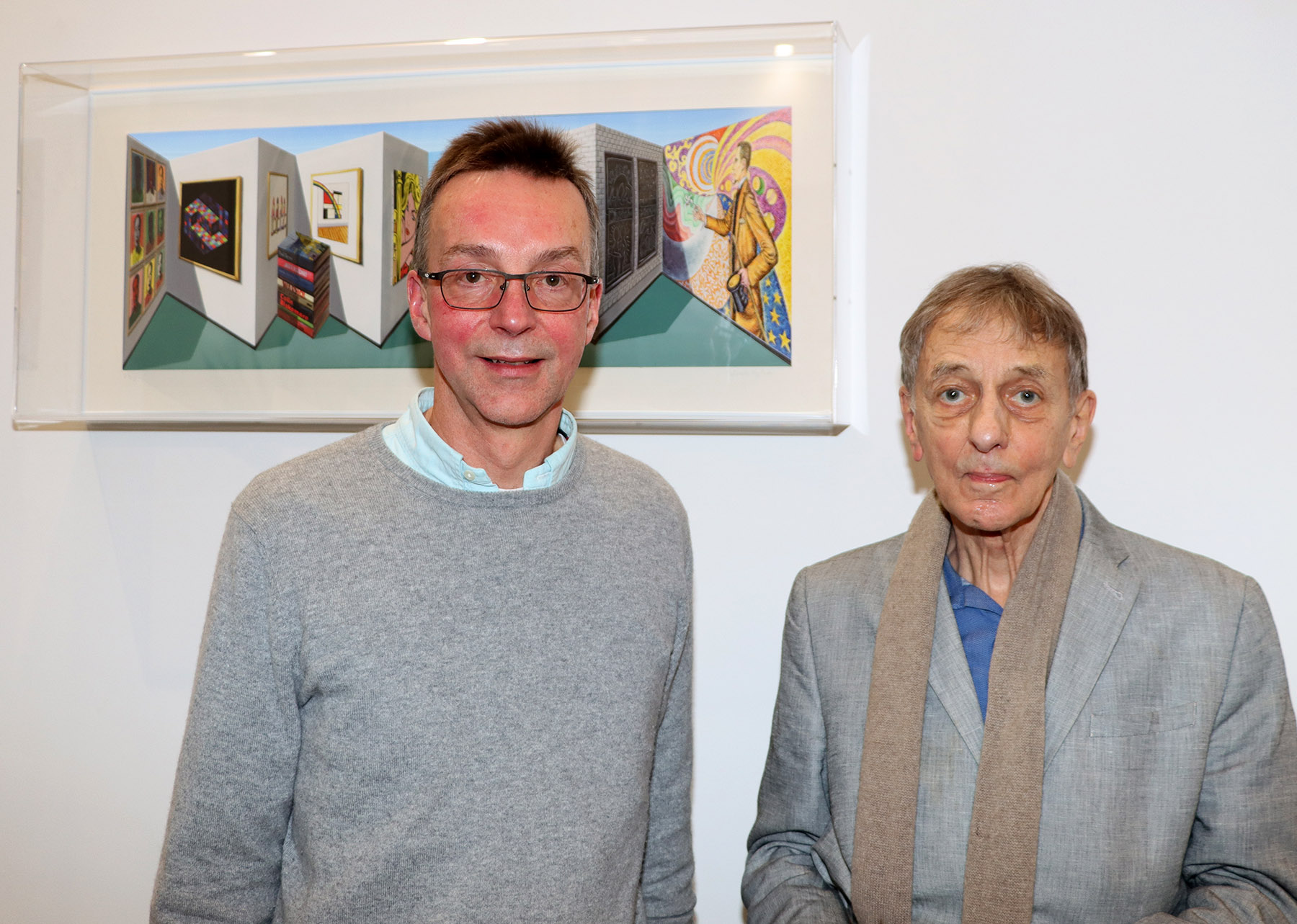 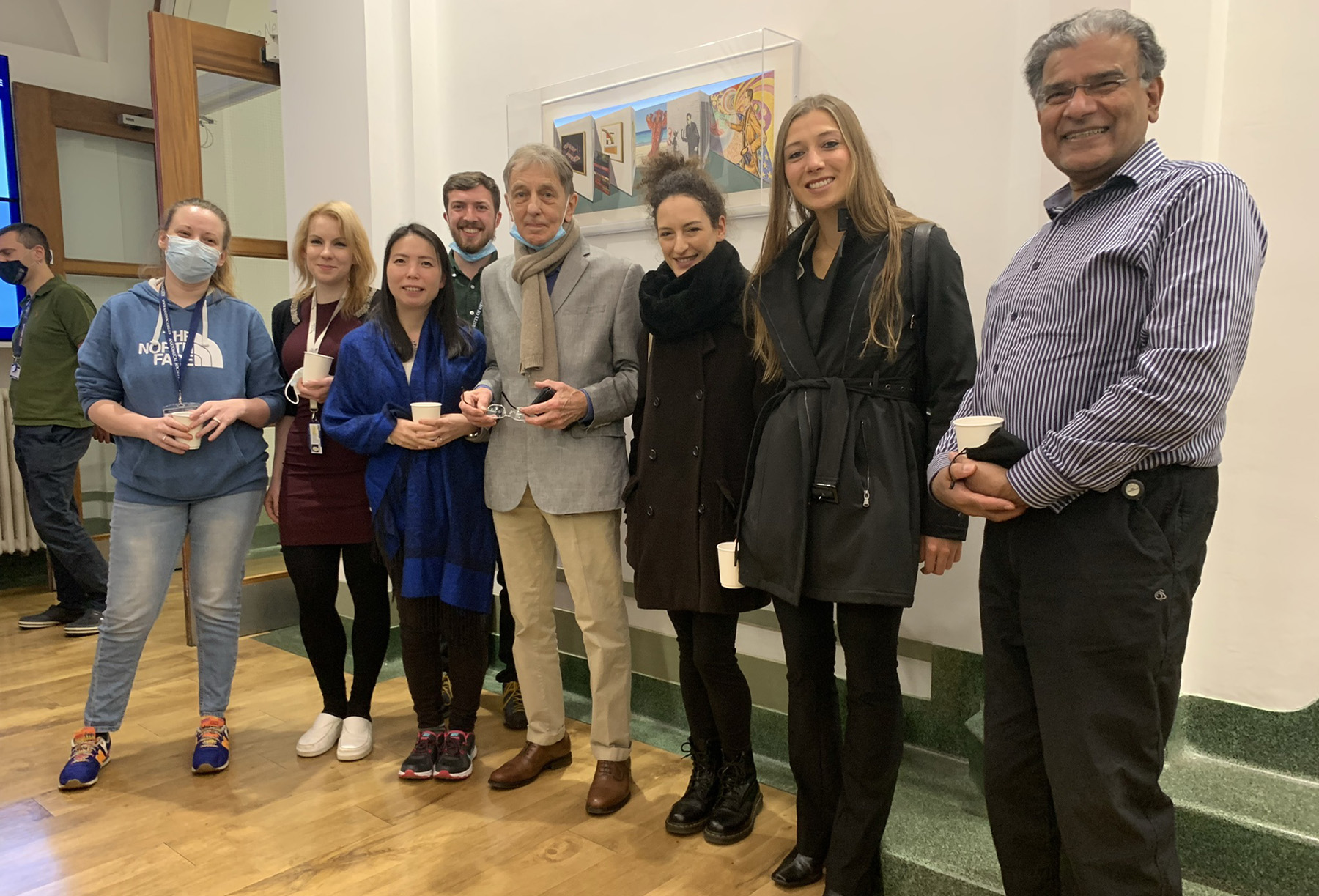 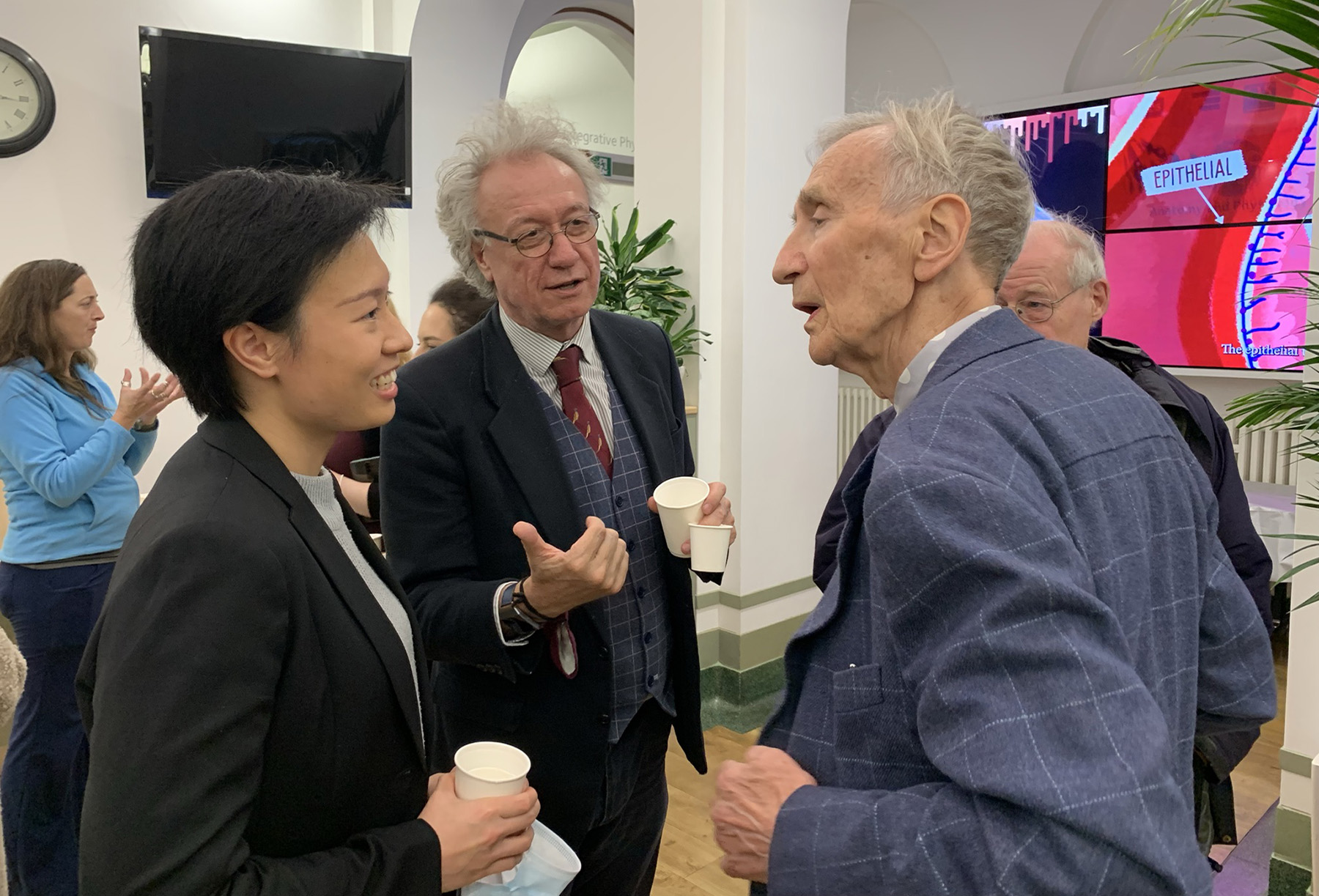 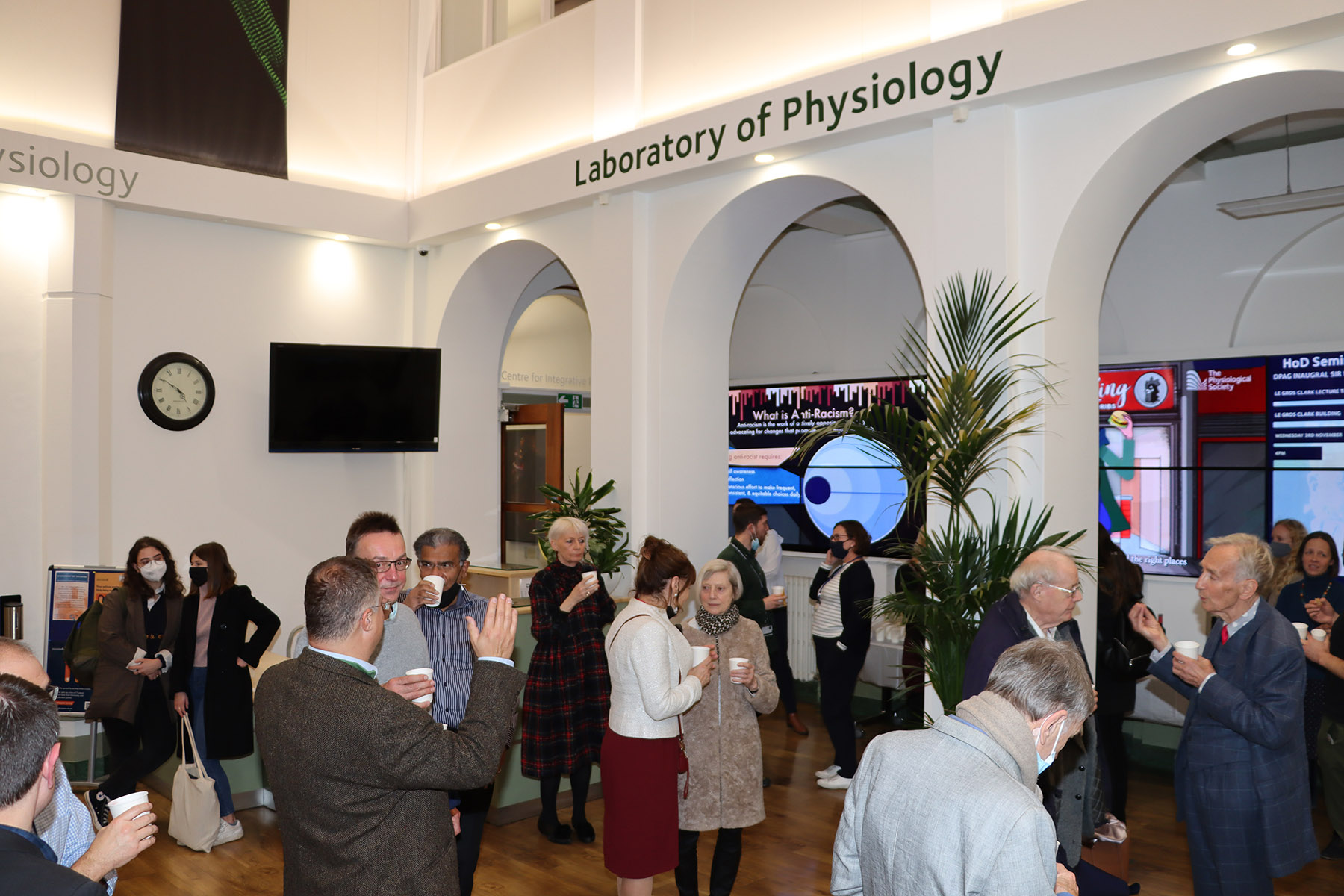