Sarah Teichmann FRS, world leader in computational applications to human health and pioneer of single cell research delivered the second lecture in the series to honour John Scott Haldane, known as the father of oxygen therapy. The lecture was followed by the unveiling of celebrated artist Philip de László's portrait of Haldane by Dr Teichmann and Haldane's great-grandson Terence Mitchison. The Department was delighted to welcome several of J.S. Haldane's descendants to both events.

On Wednesday 23 February 2022, the Department hosted the second J.S. Haldane Lecture. It was delivered by Dr Sarah Teichmann FMedSci FRS, Head of Cellular Genetics at the Wellcome Sanger Institute and Director of Research at the Cavendish Laboratory, University of Cambridge. The lecture was given in honour of the pioneering respiratory physiologist, John Scott Haldane CH FRS. It was attended by eminent scientists across the Oxford scientific community, including researchers across a range of DPAG's disciplines, together with descendants of Naomi Mitchison, the Scottish novelist and science fiction writer, who studied with her father, J.S. Haldane at his home, "Cherwell" on Linton Road, Oxford.

J.S. Haldane was Reader in Physiology at Oxford from 1907 to 1913, and co-leader of the landmark expedition to Pikes Peak to study high altitude physiology in 1911. Notable discoveries across his lifetime included the danger of carbon monoxide in mines, the first description of the 'Haldane Effect', and the use of chlorine gas by the Germans in World War One. Haldane was also the pioneer of important oxygen therapies including the blood gas analyser, a decompression chamber for divers and the first decompression tables, the first gas mask, and the oxygen tent.

Dr Sarah Teichmann has led large-scale single-cell genomics initiatives, and co-founded the international Human Cell Atlas initiative to map every cell type in the human body. Her work has been recognised through multiple awards such as the Francis Crick Medal and Lecture and the Lister Prize (2012), The EMBO Gold Award (2015), and the GlaxoSmithKline Prize (The Biochemical Society, 2020). The Teichmann lab develops computational methods to explore genomics and biology, and has transformed our understanding of human health and disease.

In her talk "Mapping the Human Body One Cell at a Time", Dr Teichmann described her lab’s efforts to understand the diversity of the human body's 37 trillion cells through a programme of cell atlasing. She illustrated the relevance of cell atlas-ing for engineering organoids and regenerative medicine, and shared new results providing insights into pacemaker cells from the sinoatrial node of this heart. The lecture was a masterclass in showcasing the power of single cell approaches in unlocking fundamental knowledge about the human body. 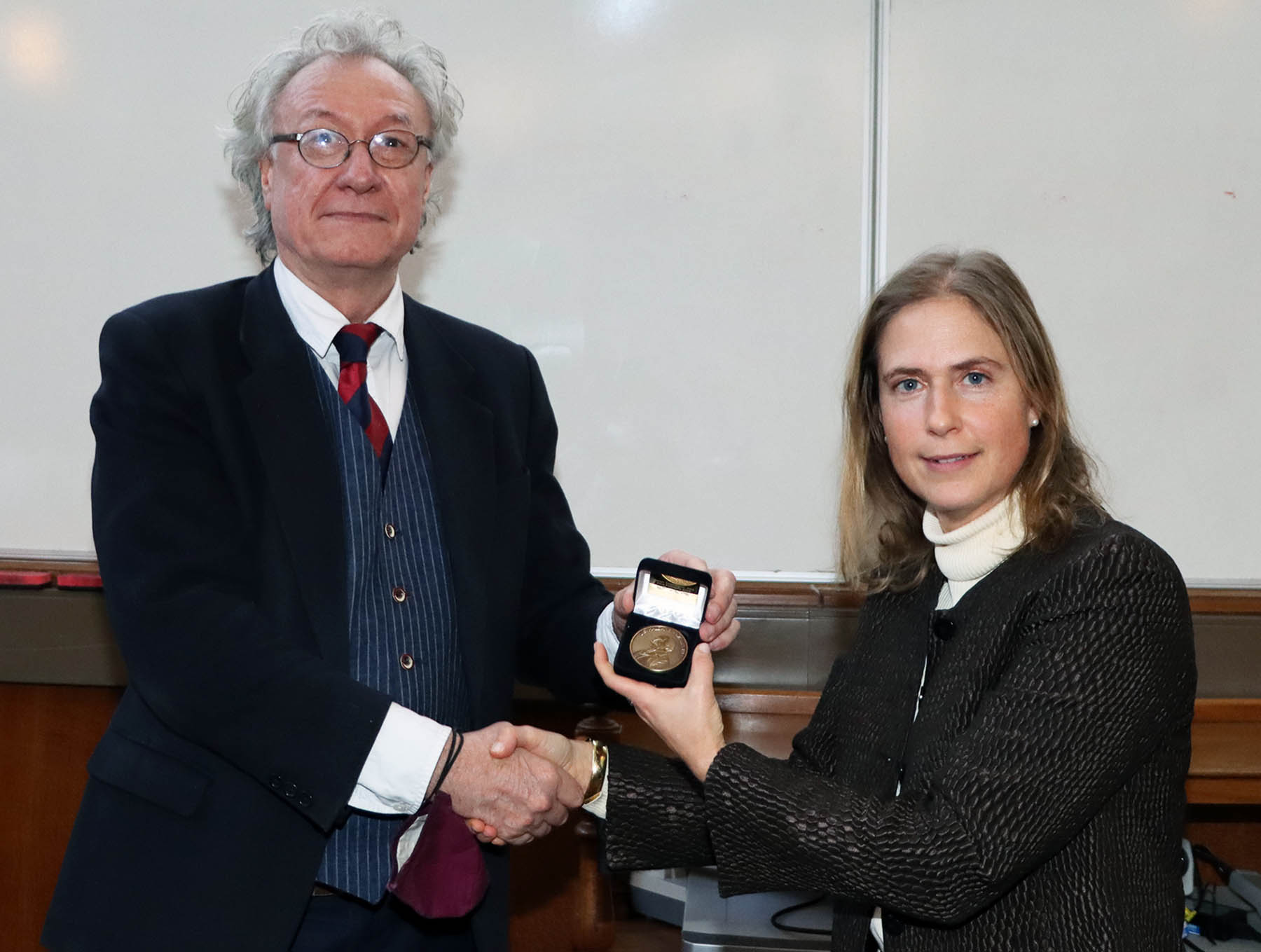 After the lecture, attendees gathered on the Sherrington building's first floor corridor to attend the unveiling of a celebrated portrait of J.S. Haldane. It was painted by one of the most successful portrait painters of the 19th and 20th centuries, Philip Alexius de László, who was commissioned by Haldane's wife, Louisa Kathleen Haldane (née Trotter). The painting has been generously gifted to the Department by the Mitchison family and the Bodleian Libraries.

Following an introduction by Head of Department David Paterson, Haldane's great-grandson Terence Mitchison outlined the story behind the portrait's commissioning and the journey it has made before returning home to Oxford and Haldane's home department:

The unveiling was followed by a drinks reception in the Sherrington reception foyer.

Photographs of the unveiling and reception 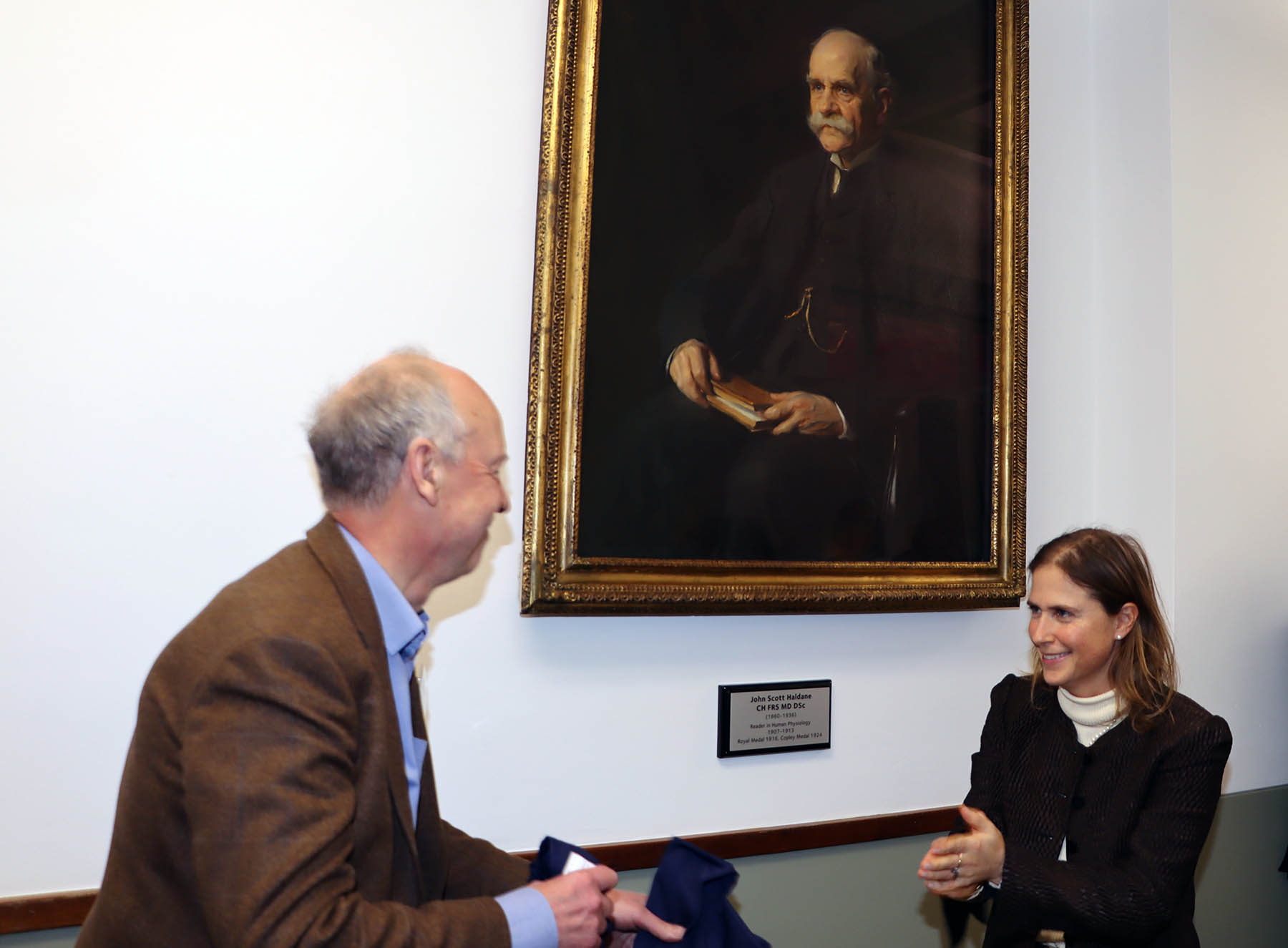 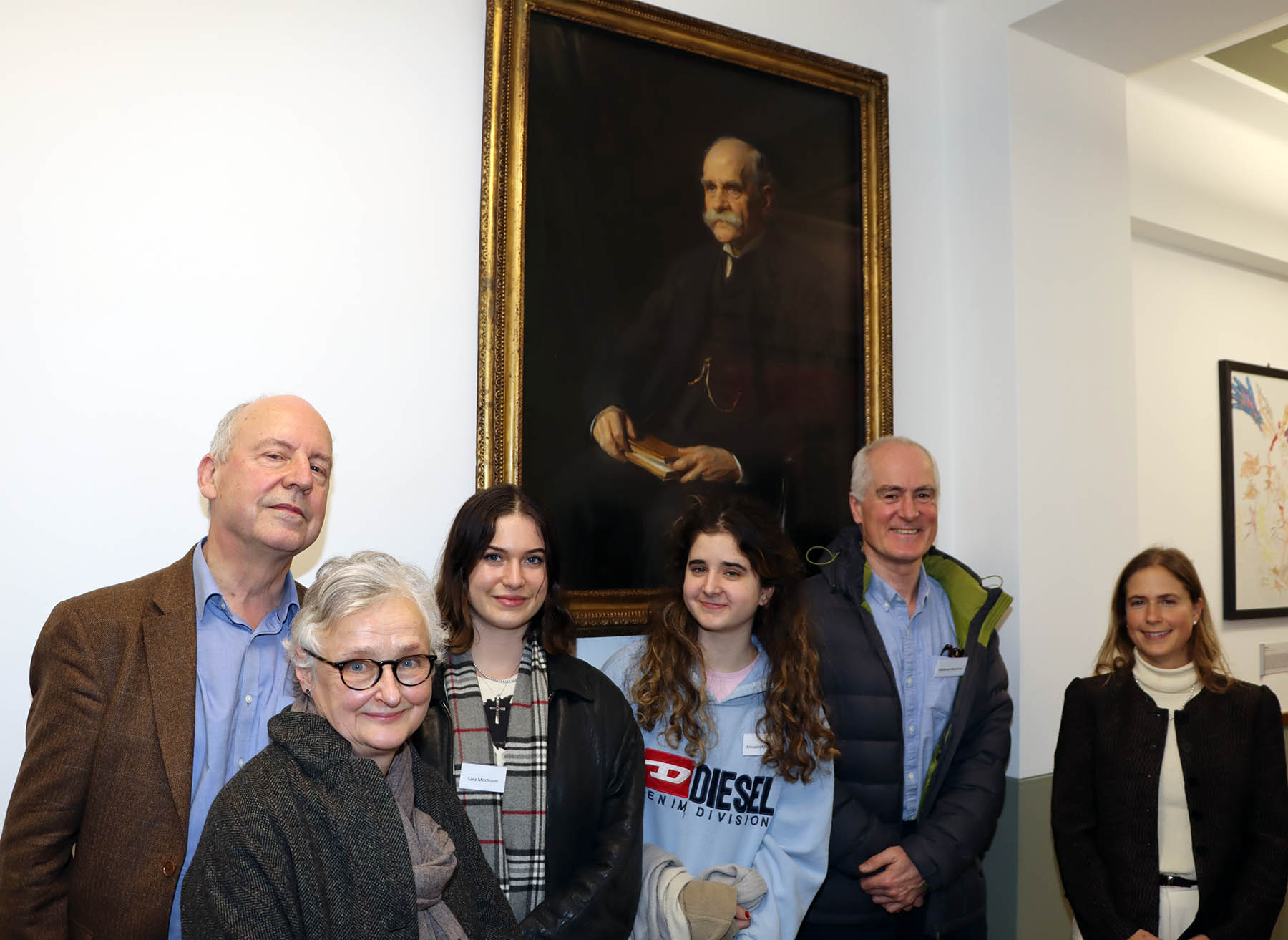 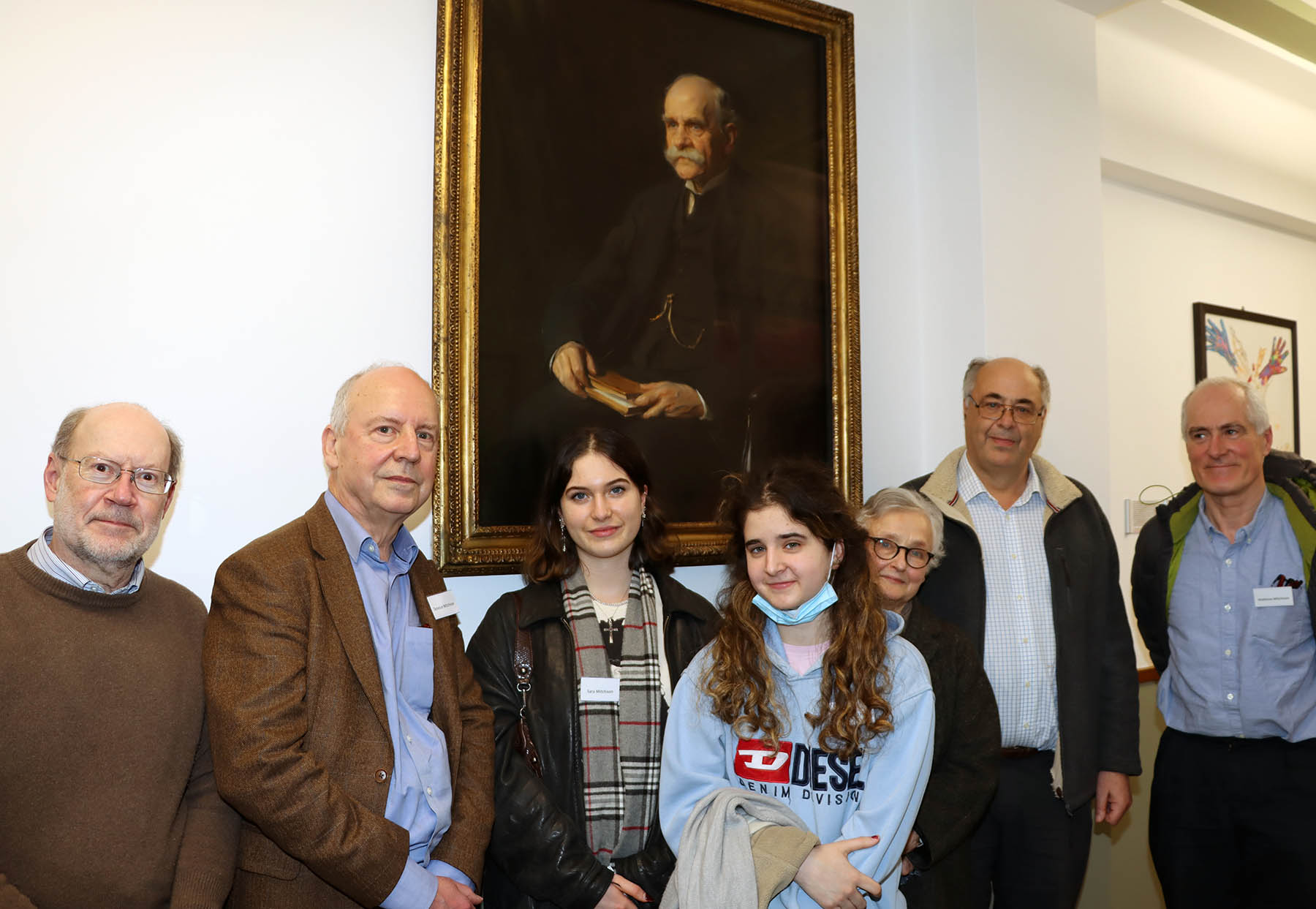 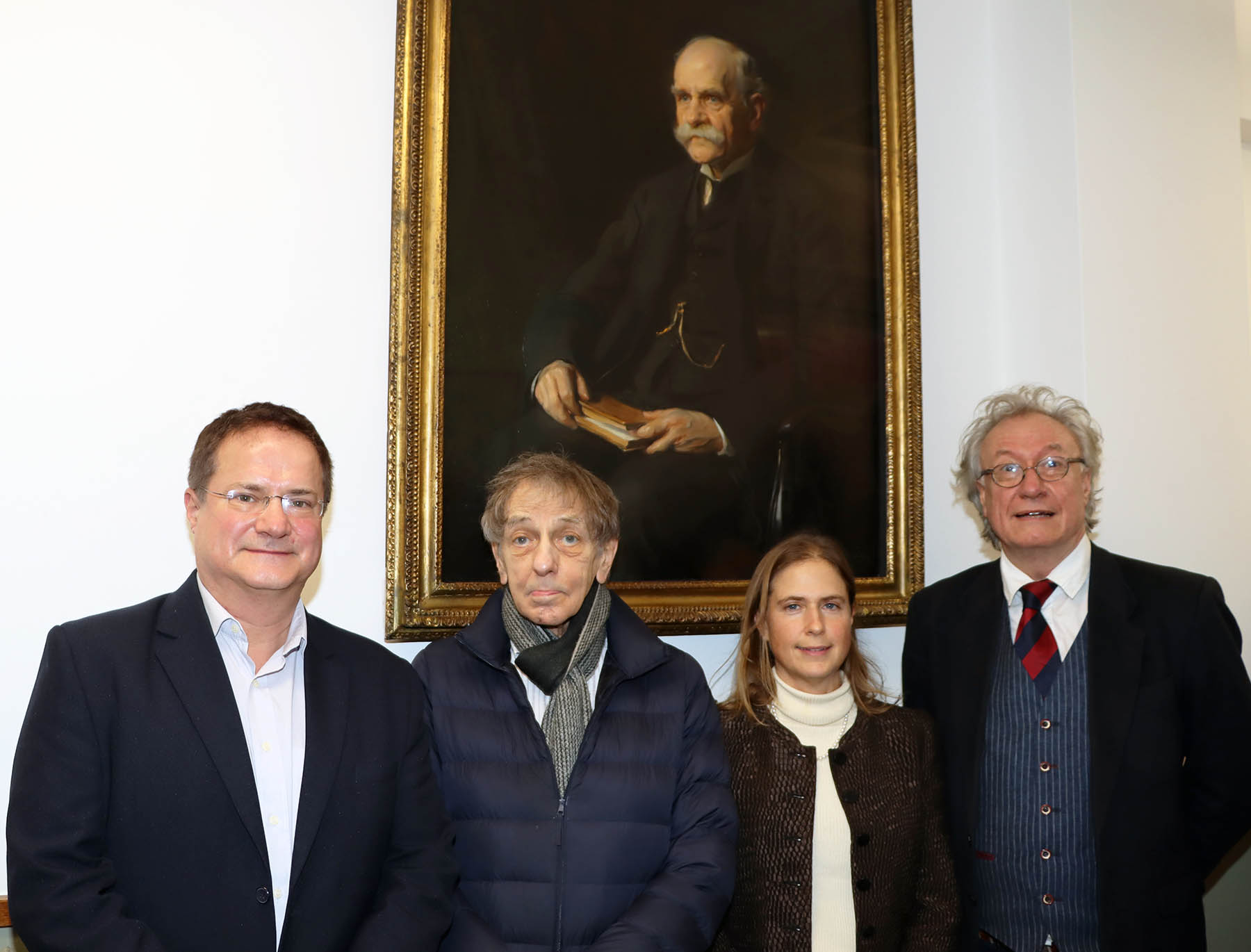 Reception in the Sherrington Reception Foyer 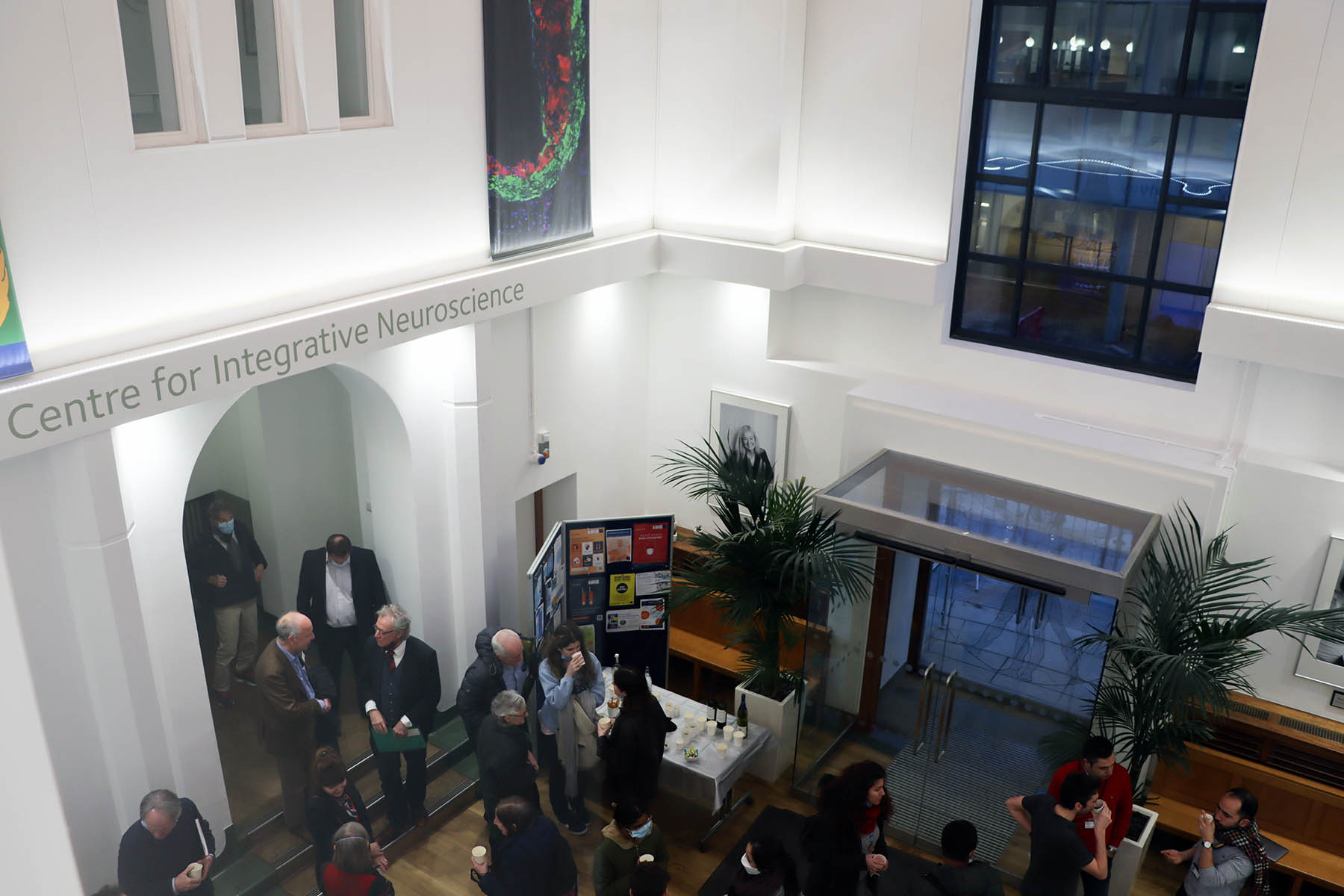 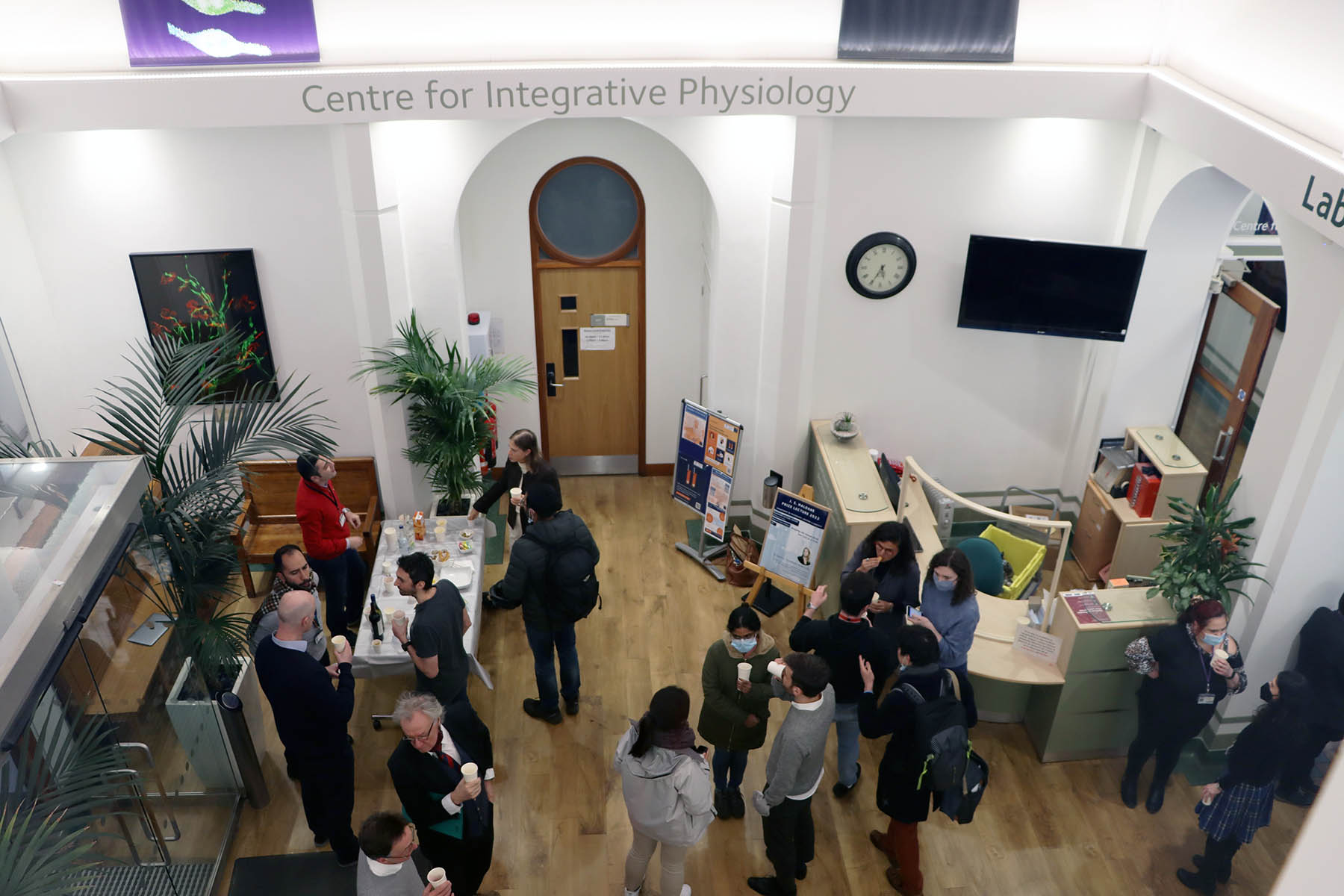