On Friday 26th January 2018, the Department hosted the first in a series of lectures in honour of one of the great physiologists of the last century, Marianne Fillenz.

Marianne came to the department in 1950 from New Zealand to undertake a DPhil and she remained here for the rest of her life, ultimately becoming a Fellow of St Anne's College.

Marianne was particularly keen to encourage her female students not to let personal commitments roadblock scientific endeavor; Marianne herself brought up three children alongside a successful career with help only from her doting husband John Clarke.

On behalf of Marianne's family, her son, Professor Eric Clarke, the Heather Professor of Music here at the University of Oxford, attended the lecture.

The Marianne Fillenz Lecture was given by Professor Sabine Kastner, Professor of Psychology and Neuroscience at Princeton University, on neural network dynamics for attentional selection.

Professor Kastner completed her postdoctoral studies at the Max-Planck-Institute for Biophysical Chemistry, Goettingen and has published more than 100 articles in journals and books.

To view more pictures from Marianne's life and find out more about her, click here. 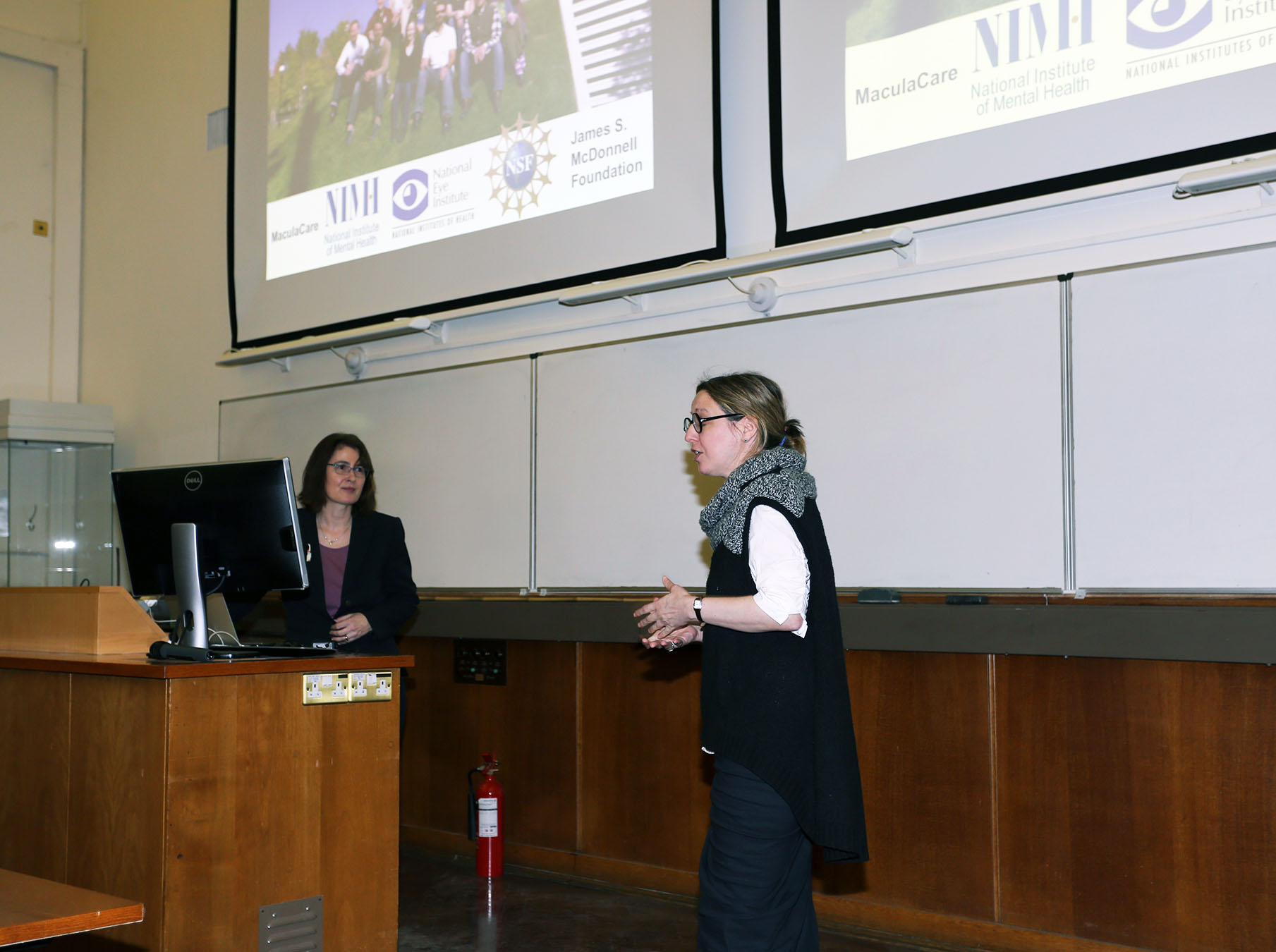