The Picturing Parkinson's competition was organised by support and research charity Parkinson’s UK.

Joel’s image, “Tangled Web” showed stem cells that are being cultivated in the Laboratory of Molecular Neurodegeneration and Gene Therapy and turned into brain cells.

Joel was also featured in the Oxford Times.

Images from other members of the lab Heather Booth, Hugo Fernandes and Federico Zambon, were also among the top 10 pictures entered. See the top 10 images here. 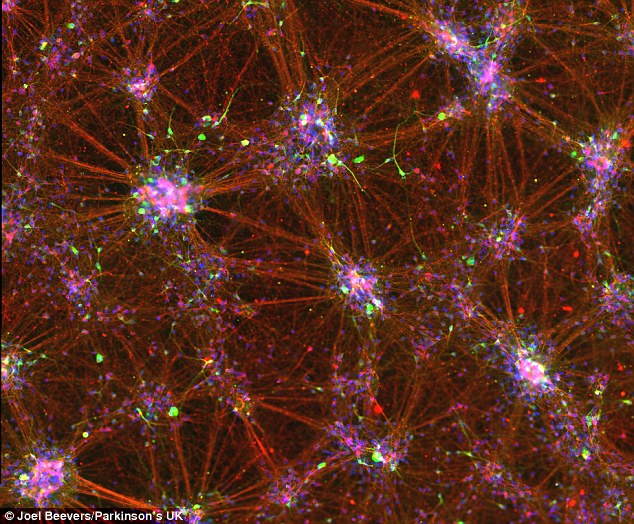 Skin cells from people can be reprogrammed to turn into stem cells, which can develop into almost any type of cell in your body. Here they’re grown into the type of brain cells that die in Parkinson’s. 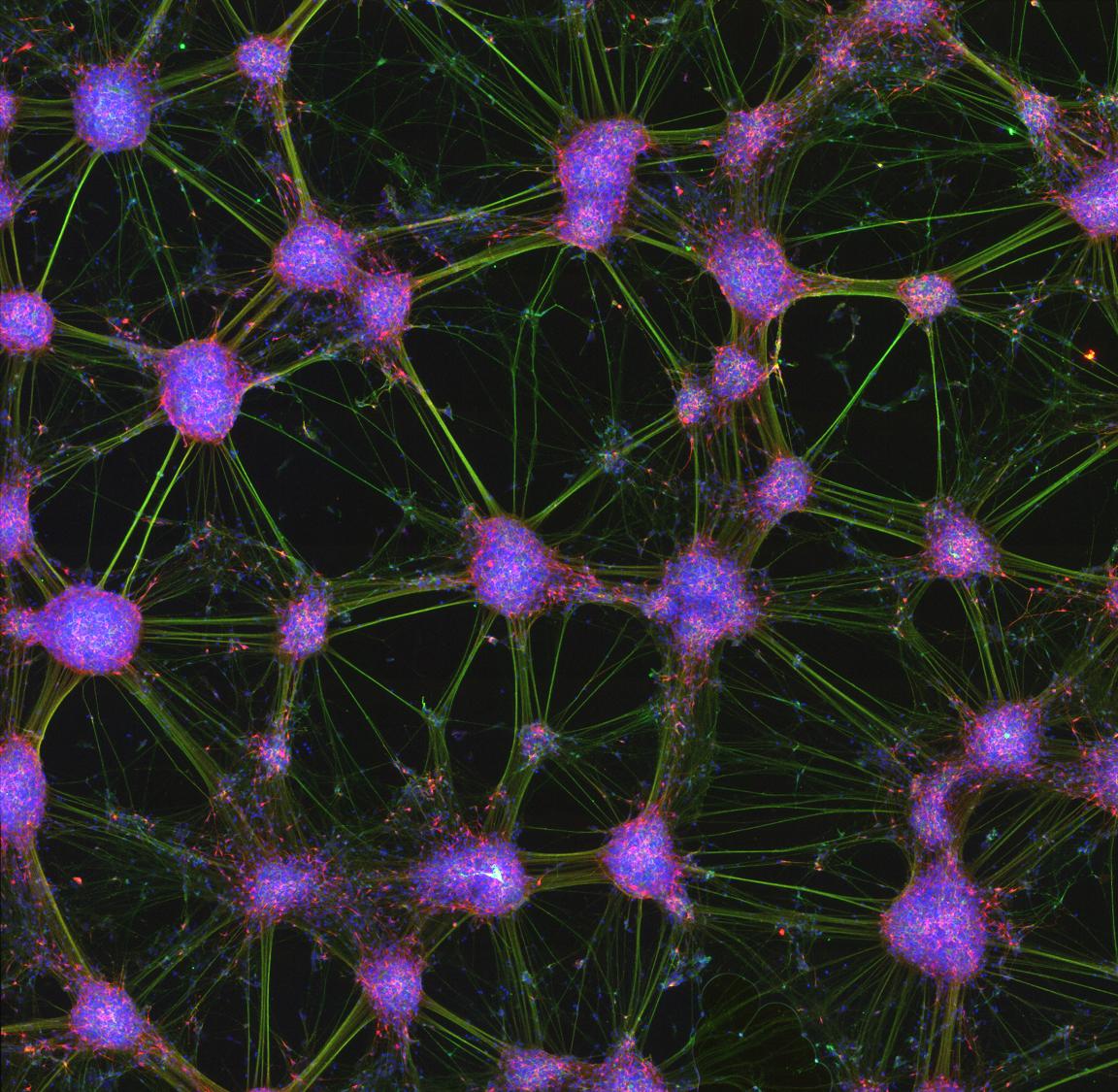 In Parkinson’s the nerve cells that produce dopamine die off in an area of the brain called the midbrain. No one knows why. This image is of midbrain nerve cells created in the lab, which will help to uncover this mystery. 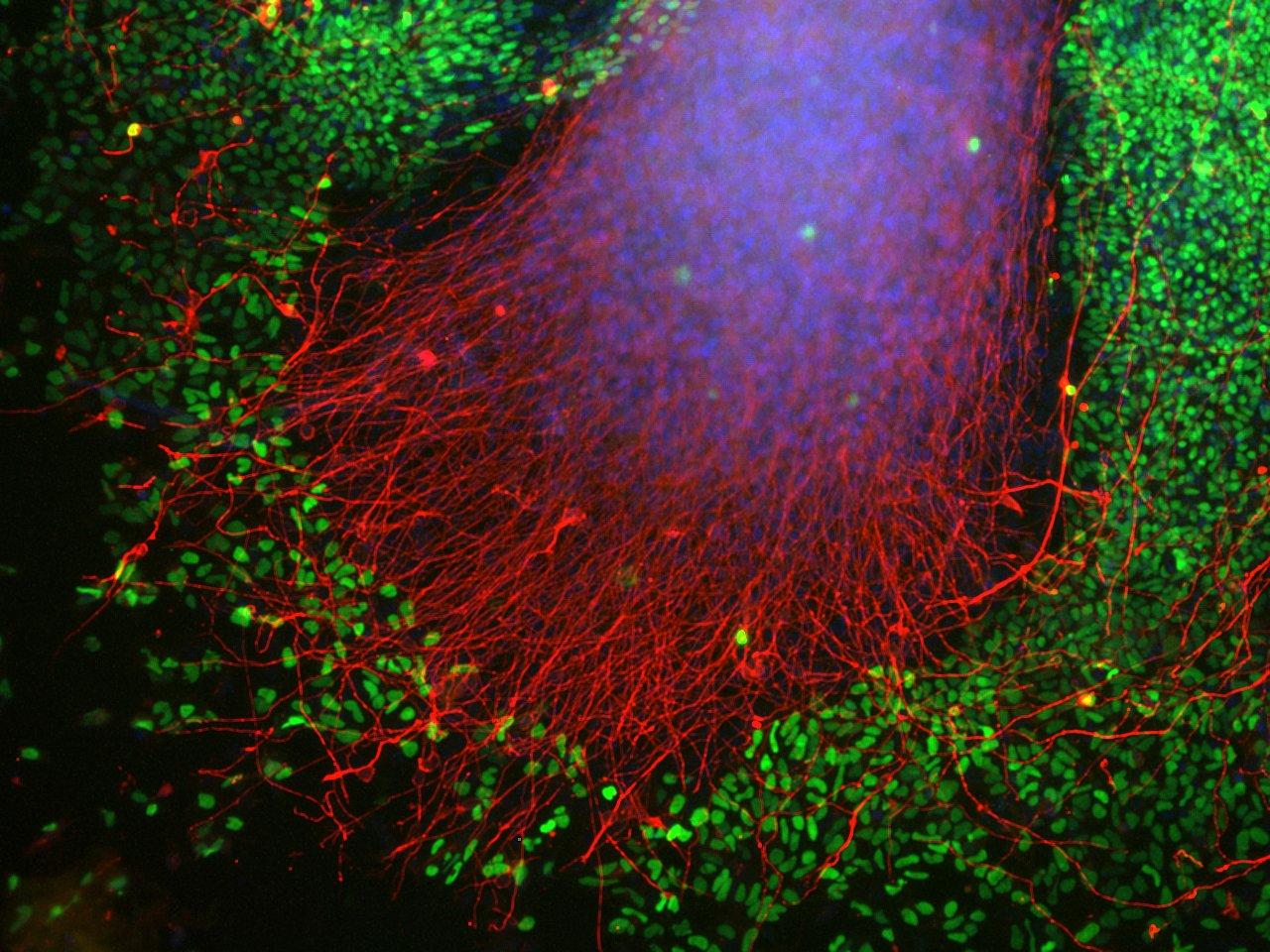 These cells are at the start of a remarkable journey from skin cells to nerve cells. They can tell us a huge amount about what’s going wrong in the brains of people with Parkinson’s. This technique could be the answer to replacing the nerve cells that are lost in the condition. 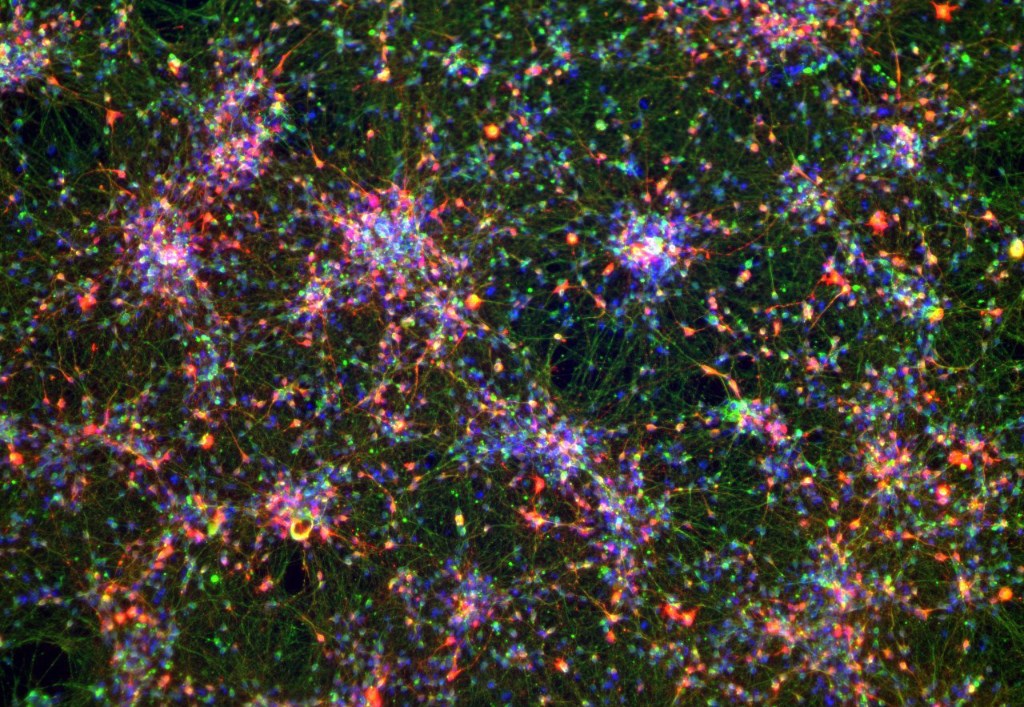 Nerve cells which produce a chemical called dopamine have been created from the skin cells of people with Parkinson’s. The green staining confirms the cells they’ve made are nerve cells, and the enzyme responsible for producing dopamine in the cells can be seen in red. 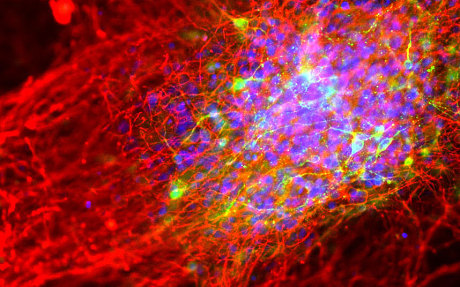 What looks like an angry ball of fire is actually an image revealing the journey of adult skin cells being converted into neurons from Parkinson's patients in the lab. Once the nerve cells are created their potential as a tool in Parkinson’s research is huge.

Congratulations are in order for postdoctoral research scientist Dr Christoph Treiber who has been awarded a Starting Grant from the European Research Council. His funded project will investigate the genetic components that may contribute to diversity of brain function and behaviour.

A Srinivas Group-led collaborative public engagement project has been awarded more than £188k to bring a multi-disciplinary approach to the concepts of ‘destiny’ and ‘embodiment’ to the local Oxford community.

Congratulations are in order to Mootaz Salman on his conferral of the title of Departmental Research Lecturer.

Congratulations are in order to Vladyslav Vyazovskiy on his conferral of the title of full Professor. Research in the Vyazovskiy Lab aims to understand the fundamental questions of "what is sleep?" and “why do we sleep?”

Congratulations are in order to Associate Professor Ana Domingos on her appointment as Editor-in-Chief for the American Journal of Physiology-Endocrinology and Metabolism.