Mabel Purefoy FitzGerald was the first woman to become a student in the University of Oxford medical school, gaining top marks in her examinations that could not at the time count towards a degree as women could not be officially enrolled in the late nineteenth century. Along her studies, she started her first research position at the Laboratory of Physiology in 1897, where she produced important histological work on tissue response at vaccination sites.

However, it is her work from 1905 onwards when she became Laboratory Technician to John Scott Haldane, working together on measuring carbon dioxide tension in the human lung, that she is best known for today. Her research drew her to the attention of Sir William Osler, Regius Professor of Medicine at the time, who recommended her for a Rockerfeller Travelling Fellowship, which she won in 1907, taking her first to New York and then to Toronto where she discovered the origin of hydrochloric acid in the stomach.

Following her return to Oxford, in 1911 she became part of the Laboratory of Physiology's landmark expedition to Pike’s Peak, Colorado, USA, led by Haldane and C. G Douglas, to examine the effects of low atmospheric pressure on respiration, the only woman on the trip. Their discoveries revolutionised current ideas about respiration. FitzGerald made detailed physiological measurements of the populations living at different altitudes throughout the state, and perhaps her greatest scientific accomplishment was to demonstrate, over the long term, that it is oxygen, and not carbon dioxide, that determines how hard we breathe and sets the haemoglobin concentration in our blood.

From when she first moved to Oxford in 1896 and took up her studies until her death in 1973, she lived at 12 Crick Road. Her neighbour, the scientist Sir Roger Elliott, was instrumental in helping to obtain very late recognition for her work - an honorary Master of Arts degree by the University of Oxford and membership of The Physiological Society - in 1972 at the age of 100.

On Friday 14 October, an Oxfordshire Blue Plaque was unveiled in FitzGerald's honour by Martha Tissot van Patot, physiologist and Professor Emerita of Colorado University Medical School, and author of a forthcoming biography of Mabel. Ros Elliott offered some childhood memories of her neighbour, which were read out by her son, Henry Anderson-Elliott. Among those attending the ceremony were the Lord Mayor of Oxford (Cllr James Fry), Professor Sir Peter Ratcliffe FRS, Professor David Paterson and other scientists, Professor Robert Evans, Emeritus Professor of History at the University of Oxford, Geoffrey Purefoy and members of Norham Manor Residents’ Association. 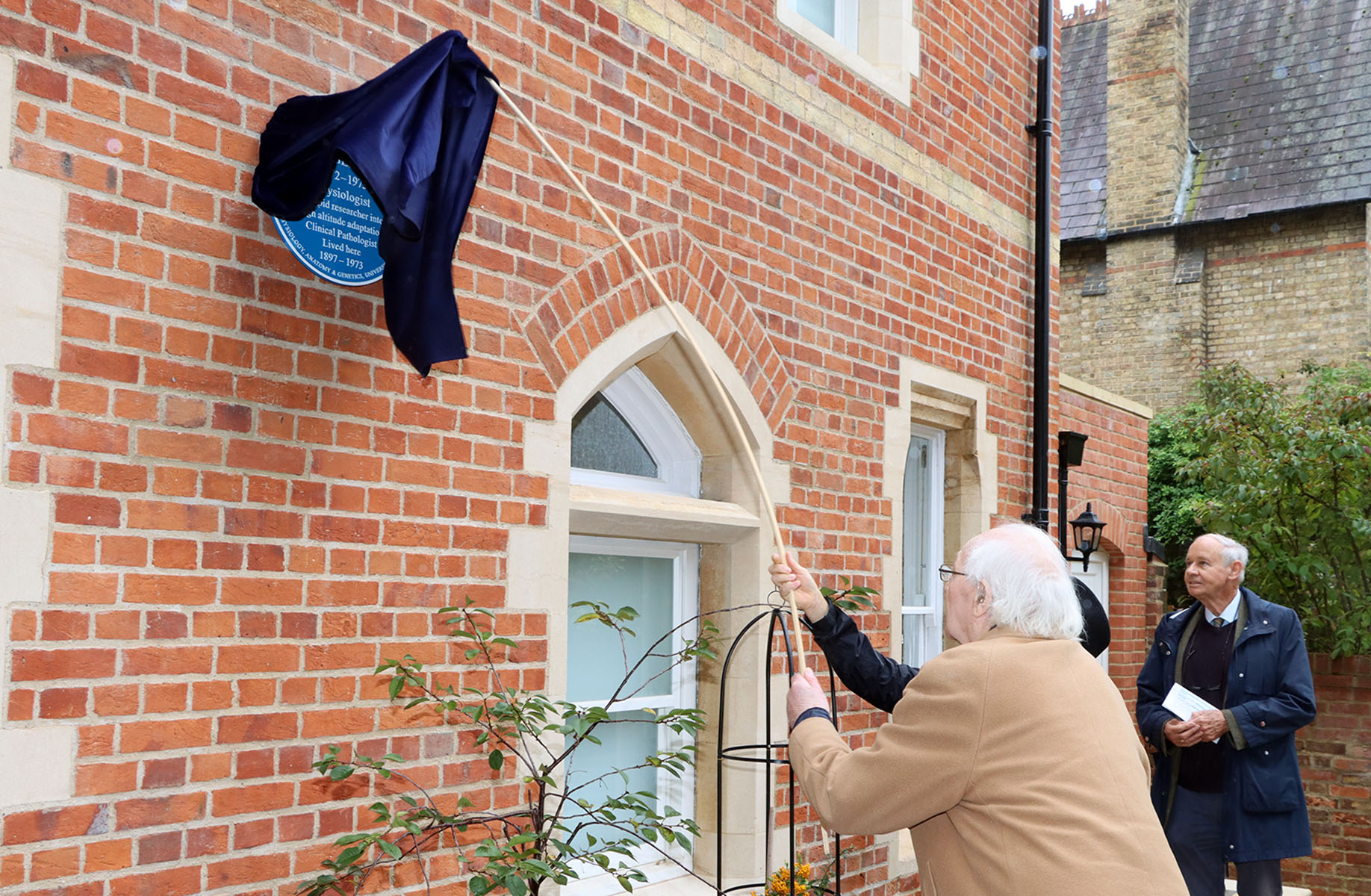 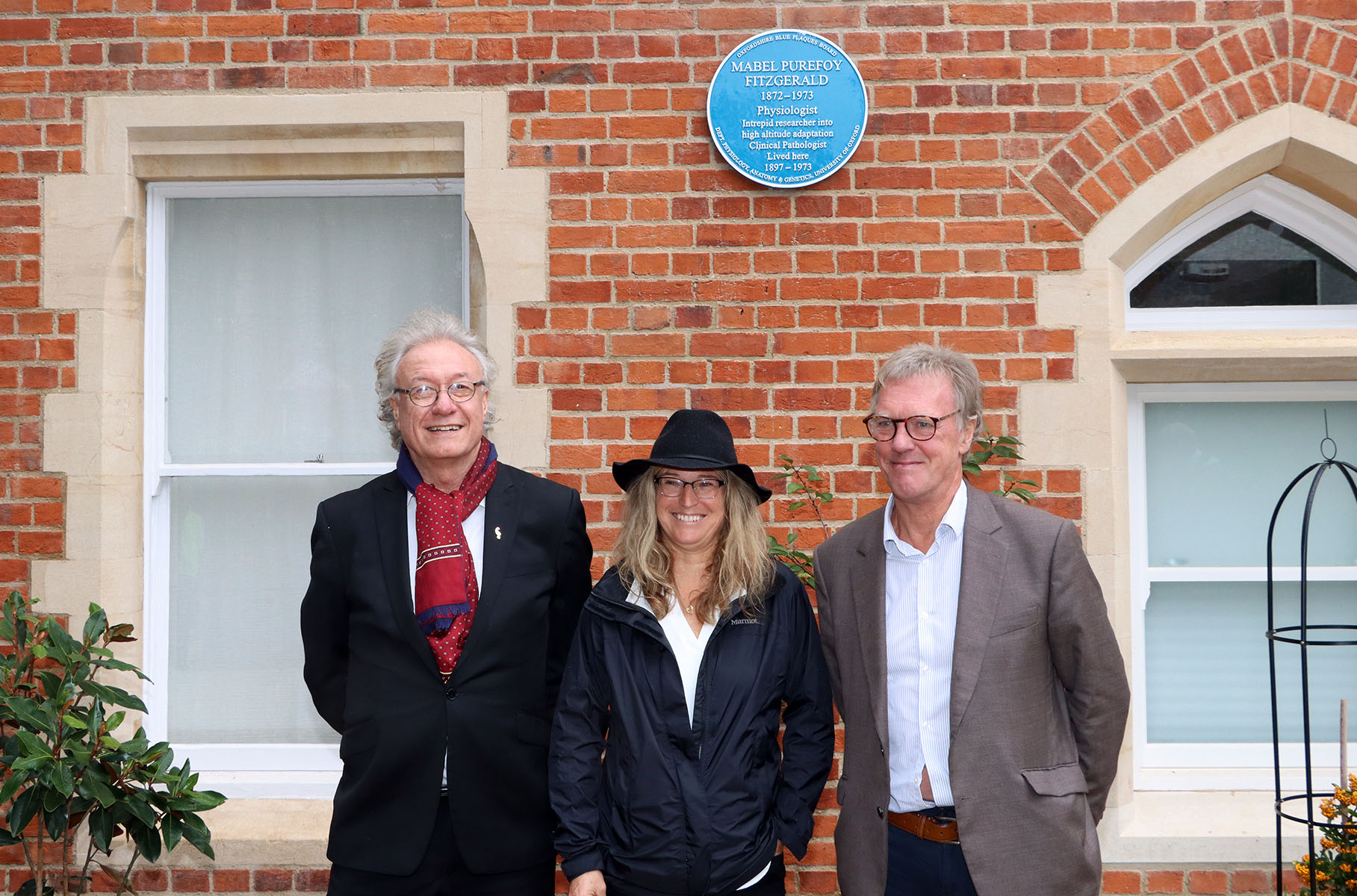 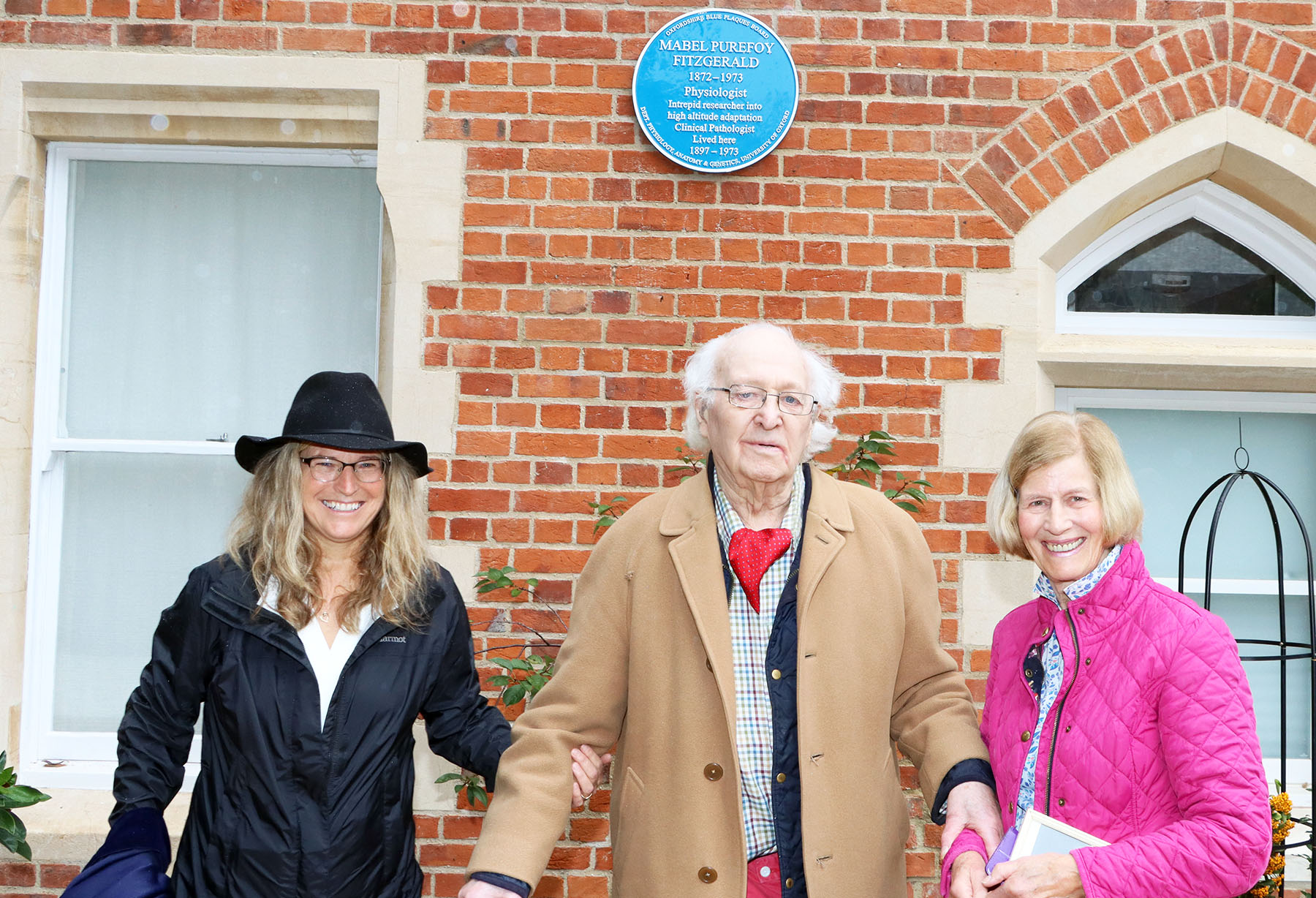 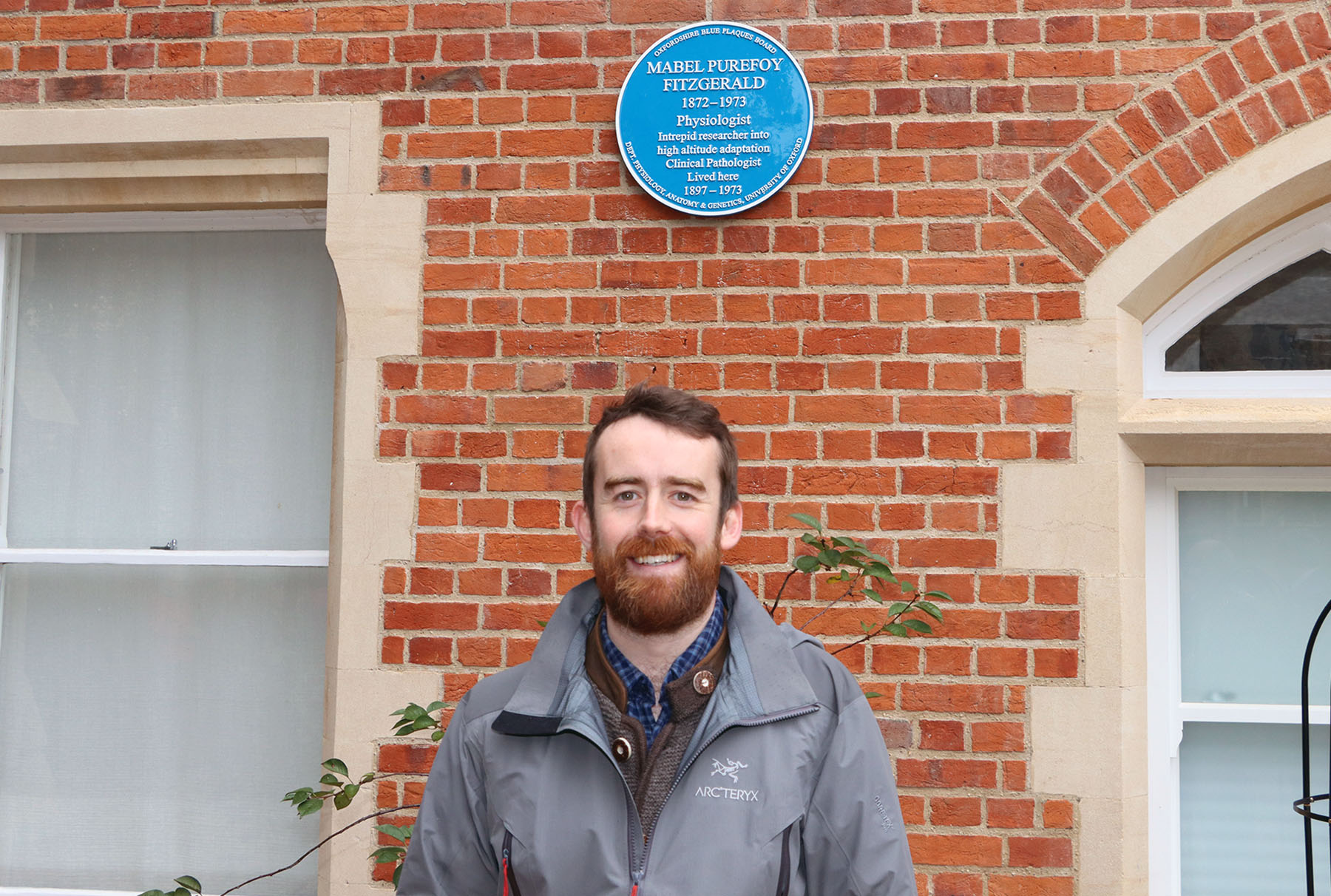 Read more about Mabel FitzGerald and 12 Crick Road on the Oxfordshire Blue Plaques Board website.