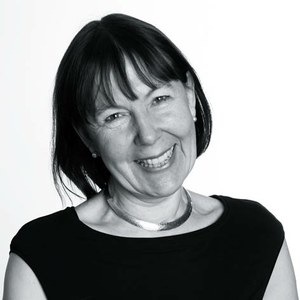 Professor Dame Frances Ashcroft DBE, FRS, FMedSci studies ion channels, a type of protein found in the membrane of every cell. She is interested in their structure and function, in how cell metabolism regulates ion channel activity, and in genetic mutations that cause changes to ion channels that result in human disease. Her research focuses on the role that ATP-sensitive potassium (KATP) channels play in insulin secretion, in both health and disease. The ultimate goal is to understand how a rise in the blood glucose concentration stimulates the release of insulin from the beta-cells in the pancreas, what goes wrong with this process in neonatal and type 2 diabetes, and how drugs used to treat these diseases exert their beneficial effects. One of her landmark discoveries identified the missing link connecting an increase in blood sugar levels to the secretion of the hormone insulin – this link was the KATP channel. In collaboration with Professor Hattersley (Exeter University) she unravelled how genetic mutations in the KATP channel cause a rare inherited form of diabetes, in which patients develop diabetes soon after birth. This has enabled people with these mutations to switch from insulin injections to tablet therapy. Alongside her research, she has written a textbook, "Ion Channels and Disease", and two popular science books - The Spark of Life: Electricity in the Human Body and Life at the Extremes- the science of survival.

Professor Ashcroft was only the third woman to be appointed to a lectureship in the Department, in 1990. She was elected a Fellow of the Royal Society of London in 1999, and in 2001 she was awarded a ten-year Royal Society GlaxoSmithKline Research Professorship. In 2000, she co-founded the Oxford Centre of Gene Function with Professors Davies (Physiology) and Donnelly (Statistics) to bring together genetics, physiology and bioinformatics in a new multidisciplinary building that was completed in 2003. She has run the Oxford Ion Channels Initiative (OXION) for almost 20 years. She has been a Fellow of Trinity College since 1992.

Professor Ashcroft's work has been recognised by numerous awards and prizes, including the L'Oréal/UNESCO for Women in Science Award (European Laureate) in 2012, the Croonian Lecture of the Royal Society in 2013, the Albert Renold Prize (European Association for the Study of Diabetes)  and the Walter B. Cannon Award in 2007,  the Jacobaeus Prize of the NovoNordisk Foundation in 2014, and the Dale Medal from the Society for Endocrinology in 2020. In 2013, she also won the Lewis Thomas Prize for Science Writing. She holds 6 honorary doctorates including one from Cambridge University, her alma mater. She was made Dame Commander of the Order of the British Empire in 2015 for services to science and the public understanding of science.