'Parkinson's: The Funny Side' on BBC One 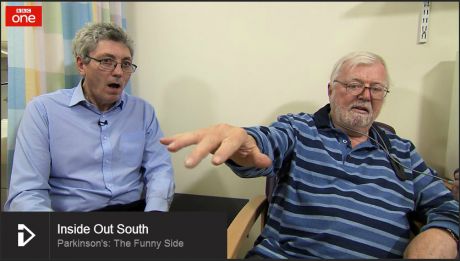 The Inside Out special, 'Parkinson's: The Funny Side', which was shown on BBC One on Monday 7th March and Wednesday 20th April is now available to view on iPlayer until 20th May 2016.

Paul Mayhew-Archer, one of the writers of Mrs Brown's Boys and The Vicar of Dibley, who was diagnosed with Parkinson's disease five years ago, decided to find out what was being done to develop treatments. In the last few months, Paul has visited the OPDC to find out about our research where we aim to understand the molecular pathways of Parkinson's disease.

The programme features Dr Fahd Baig, OPDC Clinical Research Fellow, talking to Paul about the phone app that is used in our large Discovery Cohort Study, and Professor Richard Wade-Martins, OPDC Principal Investigator, giving a summary of our research at the OPDC.