Two projects aimed at tackling heart failure led by Associate Professor Sarah De Val and Dr Joaquim Vieira are to be funded by the 2022 TCS London Marathon with the British Heart Foundation as its Charity of the Year. The BHF’s runners, who are raising £3 million in funding, will include De Val Lab postdoctoral researcher Dr Alice Neal.

Nearly a million people in the UK are living with heart failure, often a long-term consequence of damage caused by a heart attack. After a heart attack, the heart often fails to form adequate new blood vessels to fully heal. Associate Professor Sarah De Val and Dr Alice Neal have been studying the pathways regulating the formation and differentiation of vein and lymphatic vessel in both development, and after a heart attack or other tissue damage. Not only are venous and lymphatic endothelial cells crucial for the correct function of the circulatory system, they can also be used as building blocks for other types of vessels. Dr Joaquim Vieira is studying cells of the epicardium, the outer layer of the heart, which are vital to normal heart development, including the growth and maturation of coronary blood vessels, the myocardial (heart muscle) layer and cardiac valves. If we can understand how epicardial cells contribute to these processes, we can better understand what goes wrong, not only in adult heart disease, but also in congenital heart disease in children.

The De Val Group’s research focuses on the study of enhancers, the on off switches of genes, in order to identify which proteins activate the correct pattern of blood and lymphatic vessel growth during tissue repair. As part of this research, they have described multiple regulatory pathways responsible for the different aspects of blood vessels formation in the developing heart. In doing so they identified a crucial pathway that is repressed in the adult heart after injury. Prof De Val said: “In the damaged neonatal heart, which can regenerate, we have evidence that this pathway reactivates as expected, yet the adult heart seems to be inadvertently repressing it. So, we’re trying to persuade the recalcitrant adult heart to better activate this pathway and hopefully therefore grow more of the right type of new vessels.” Since it is now clear that most new vessels originate from vein endothelial cells, the Lab has also been very interested in how veins are formed, and how some of them know to turn into arterial cells. This is particularly important in the context of a heart attack, which is usually caused by a blockage in the left descending aorta. Some people do not have a heart attack when this aorta becomes blocked because they have collateral arteries, which are direct connections between two arteries. Prof De Val said: “If we can understand how these specialised arteries are formed, and if we can get people to make them, you could not only improve blood supply after a heart attack, but potentially stop them from having heart attacks in the first place.” 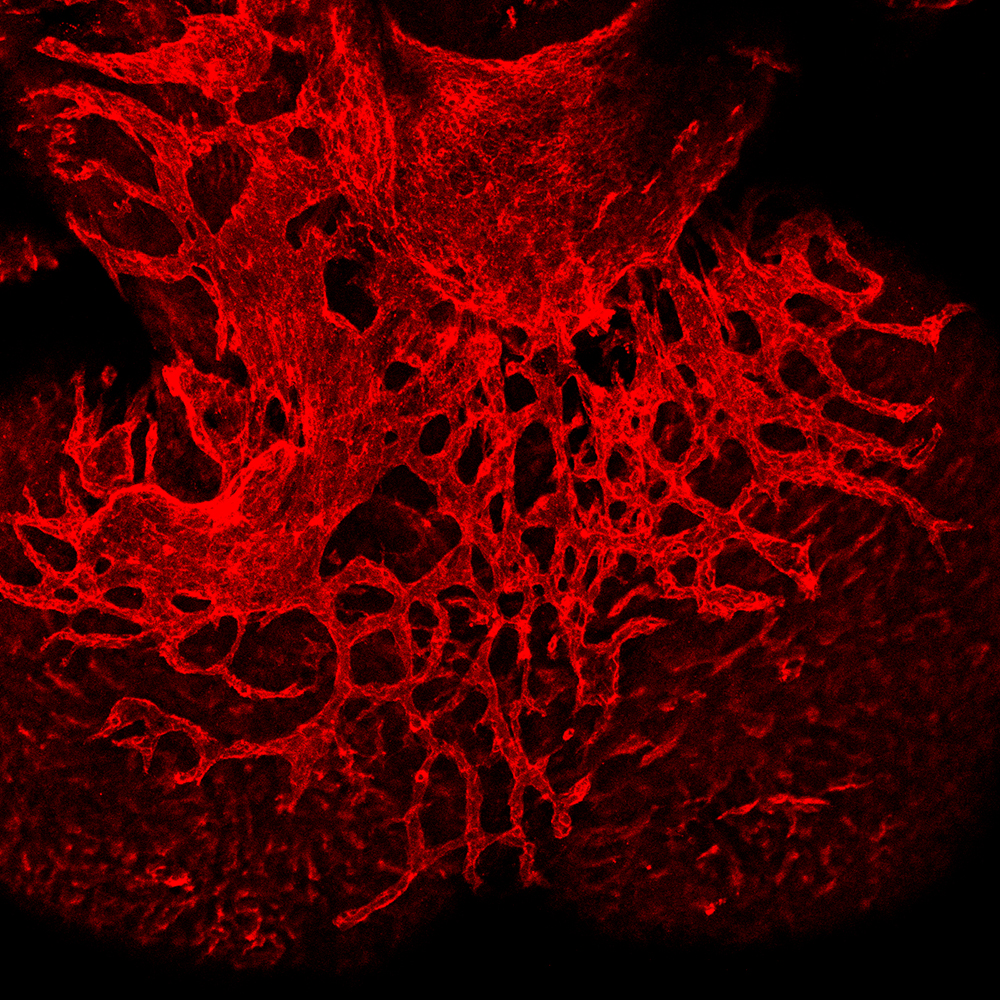 The Vieira Group’s research investigates how epicardial cells become activated and invade the heart’s myocardial layer in a process called the epithelial-to-mesenchymal transition (EMT). The formation of coronary blood vessels and cardiac muscle are dependent on EMT taking place. Dr Vieira said: “What’s interesting is that once the heart is fully formed, these cells no longer do this type of job, and just form a protective outer layer. In addition, we are born with a finite number of myocytes and limited regenerative cardiac potential, meaning that the ones we do make during our adult life are not enough to compensate for the massive loss after a heart attack. The lost blood vessels and muscle cells are just not replaceable. Instead, a fibrotic scar forms which in some cases may eventually contribute to heart failure. Hence, if we can understand how the EMT process is done during normal heart formation in the embryo, then we can reactivate these molecular pathways in the adult heart and harness the regenerative potential of the epicardium.” In particular, the Vieira Lab is focusing on the WT1 gene, which controls epicardial cell activation and is switched off in the adult heart. Dr Vieira said: “We know very little about how this gene is regulated at the genetic and epigenetic level. What are the factors that lead to activation of this gene? This could be the route to reactivate the epicardial cells in the adult heart, and potentially heal damaged hearts.”

Dr Alice Neal will be one of three researchers running as part of the BHF team, alongside patients and relatives who have benefitted from BHF research, she said: “The BHF is our major funder. Without the BHF, a lot of this science simply wouldn't be happening.”

To support the BHF as Charity of the Year for the 2022 TCS London Marathon, visit the BHF website.