The new annual lecture is held in honour of Sir Wilfrid Le Gros Clark, the Department’s former Chair of Anatomy, after whom the Le Gros Clark building is named, who was a leading figure in British anatomy.

On Wednesday 3rd November 2021, the Department hosted the inaugural Sir Wilfrid Le Gros Clark Prize Lecture in honour of the Department's former Dr Lee's Professor of Anatomy. The lecture, entitled "From gene to therapy for Duchenne muscular dystrophy", was delivered by world-leading human geneticist Professor Dame Kay Davies FRS, who was the first woman to be appointed to the Dr Lee's Professorship in 1998. Both of these eminent scientists have served as Head of Department, with Professor Davies becoming the first woman appointed to the position in 2008, the same year she was made Dame Commander of the British Empire for services to science, until 2011.

In 1934, Sir Wilfrid Le Gros Clark FRS accepted the invitation to fill the chair of Dr Lee’s Professorship in Anatomy, one of three named statutory professorships of the University of Oxford. It was a position he occupied until his retirement in 1962. In 1935, he was elected a Fellow of the Royal Society for his work on primate evolution. He was also interested in the anatomy of the brain and in particular the anatomy of colour vision. Le Gros Clark had a profound influence on the teaching of anatomy at Oxford, changing it from the routine repetition of the minute details of anatomy to a study of function and its relevance to cell biology and embryology.

In 1953, Le Gros Clark was a key player in exposing the Piltdown Hoax, in which it was proved that the bone fragments presented as the fossilised remains of a previously unknown early human named the Piltdown man was in fact a forgery. He maintained his connection with our Department in an honorary capacity until his death in 1971. 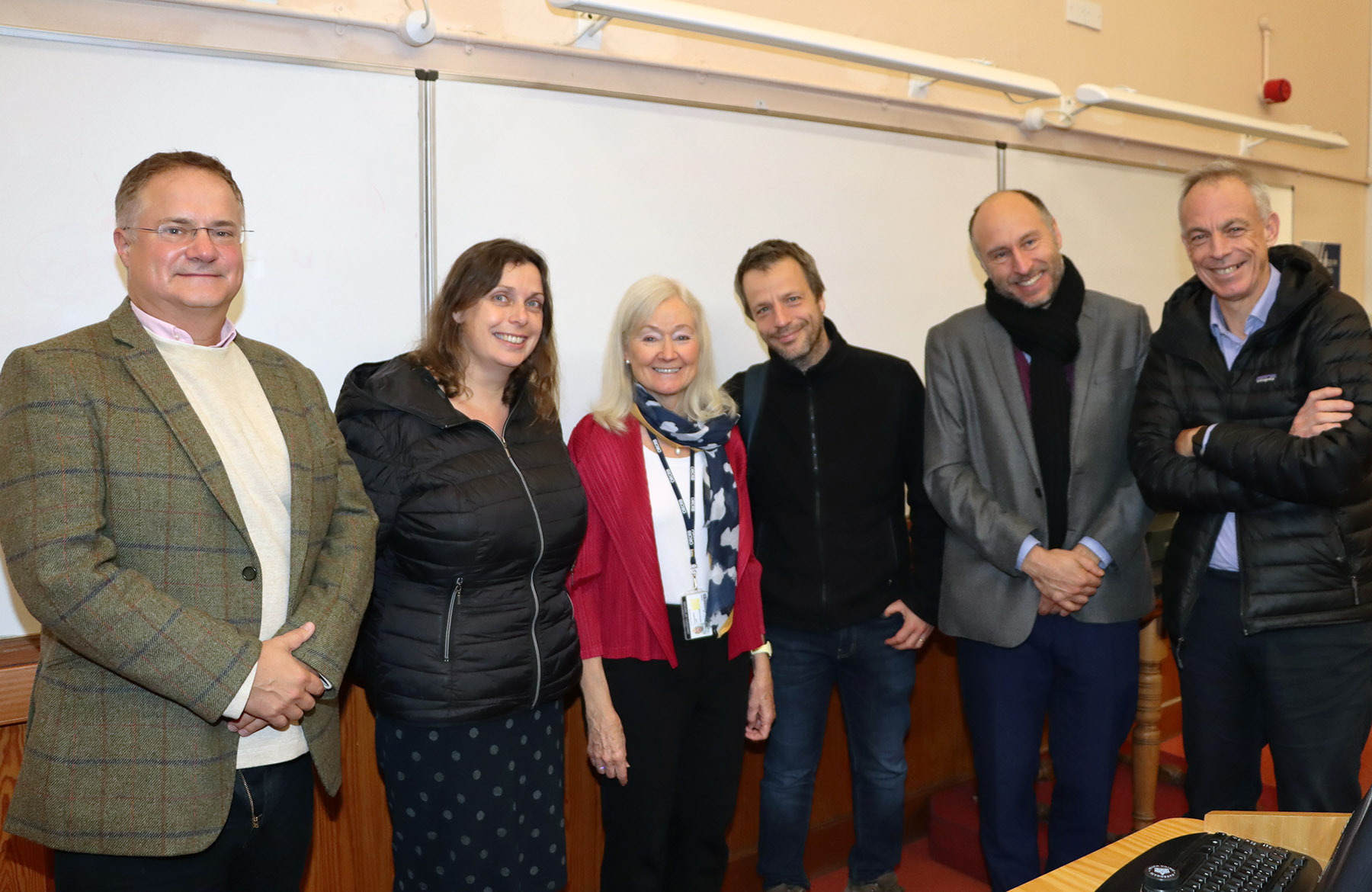 Professor Davies is the Professor of Genetics Emeritus and co-Director of the MDUK Oxford Neuromuscular Centre. Her research interests lie in the molecular analysis and development of treatments for human genetic diseases, particularly Duchenne muscular dystrophy (DMD), and the application of genomics for the analysis of neurological disorders. She has published more than 400 papers, won numerous awards for her work and co-founded companies to translate her work to the clinic.

Professor Davies is a founding Fellow of the Academy of Medical Sciences and a Fellow of the Royal Society. She established and was Director of the MRC Functional Genomics Unit from 1999 to 2017. She co-founded the Oxford Centre of Gene Function, now the Centre for Cellular and Molecular Neurobiology, in 2000 with Professors Ashcroft and Donnelly. She was appointed Governor of the Wellcome Trust in 2008 and became Deputy Chair 2013-17. She chairs the Genome England Clinical Interpretation Partnership in the UK and is a member of the GRL Board at the Sanger Institute. She is very committed to the public understanding of science and the ethical issues raised by human genetics research. She co-chaired with Dr Rick Lifton, the International Commission on the Clinical Use of Human Germline Genome Editing which produced a report in 2020. In 1992, she founded and edited the successful genetics journal Human Molecular Genetics before stepping down this year.

The lecture was followed by a drinks reception in the Sherrington reception foyer.